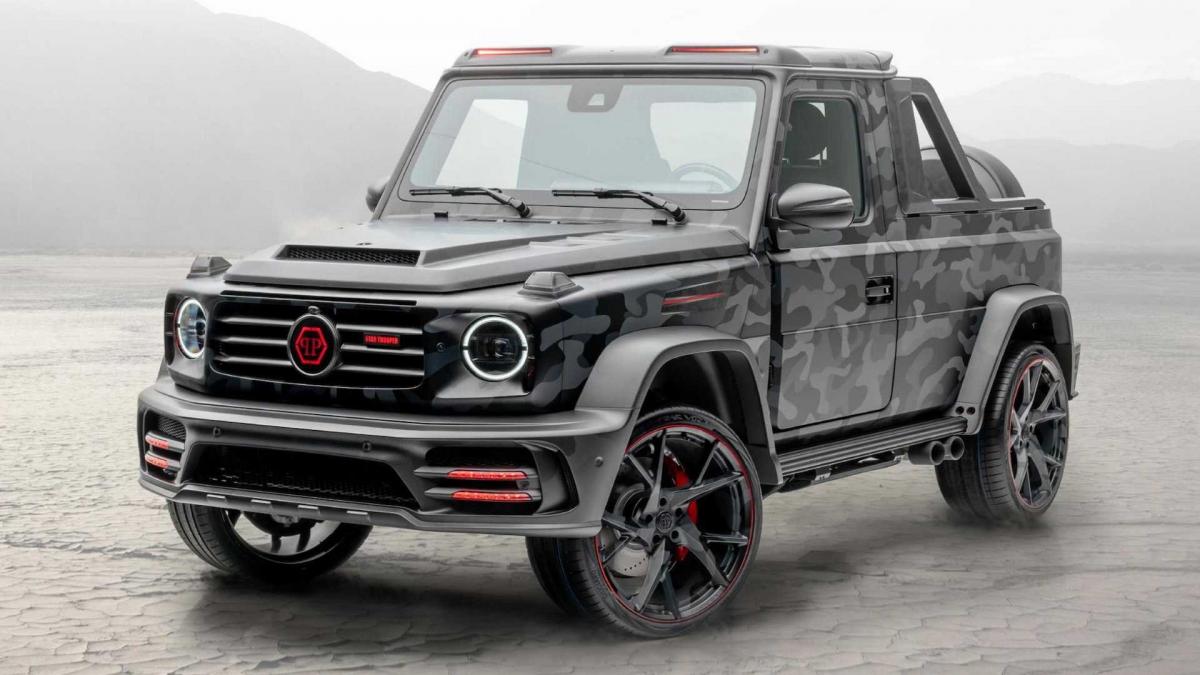 Mansory is back again in building extravagant versions of luxury vehicles. The German tuner, which has earned popularity by transforming premium vehicles into stunning ones, converted one of its creations from last year.

If you can recall, Mansory has transformed the Mercedes-AMG G63 into a lavish SUV previous year with the support of the German fashion designer Phillip Plein. The company named it the Star Trooper, and the creation has got the attention of motoring lovers, including the Youtube sensation, Shmee.

Mansory takes the same treatment for the AMG G63 and used it to make another version from the popular SUV. The Star Trooper Pickup Edition is basically a truck version of the ludicrous G63, complete with all the enhancements the tuner has provided it previously. These modifications comprise of the gray camouflage, the 24-inch alloys, red LEDs, and the carbon-fiber aftermarket parts.

Inside, the Star Trooper Pickup Edition offers similar treatment as its five-door competitor, which comprises of the camo-printed leather trims with red accents and the infamous red star-studded headliner. The only difference is that this one only seats two, with the rear cabin changed into a cargo bed.

However, Mansory has given no idea on power figures on its website, but we can expect that it would be similar to what its SUV offers. Mansory is capable to make enhancement on the AMG G63's 4.0L twin-turbo V8 to generate 850 horsepower and 1,000 Newton-meters (737 pound-feet) of torque with features like bigger turbos, a high-performance exhaust, and remapped ECU, and lots more.

The cost of the Mansory Star Trooper G63 Pickup Edition is not unveiled, but this version would not be cheap. The non-pickup version sold out for $613,100 the previous year, so expect this version to be close to the same range.