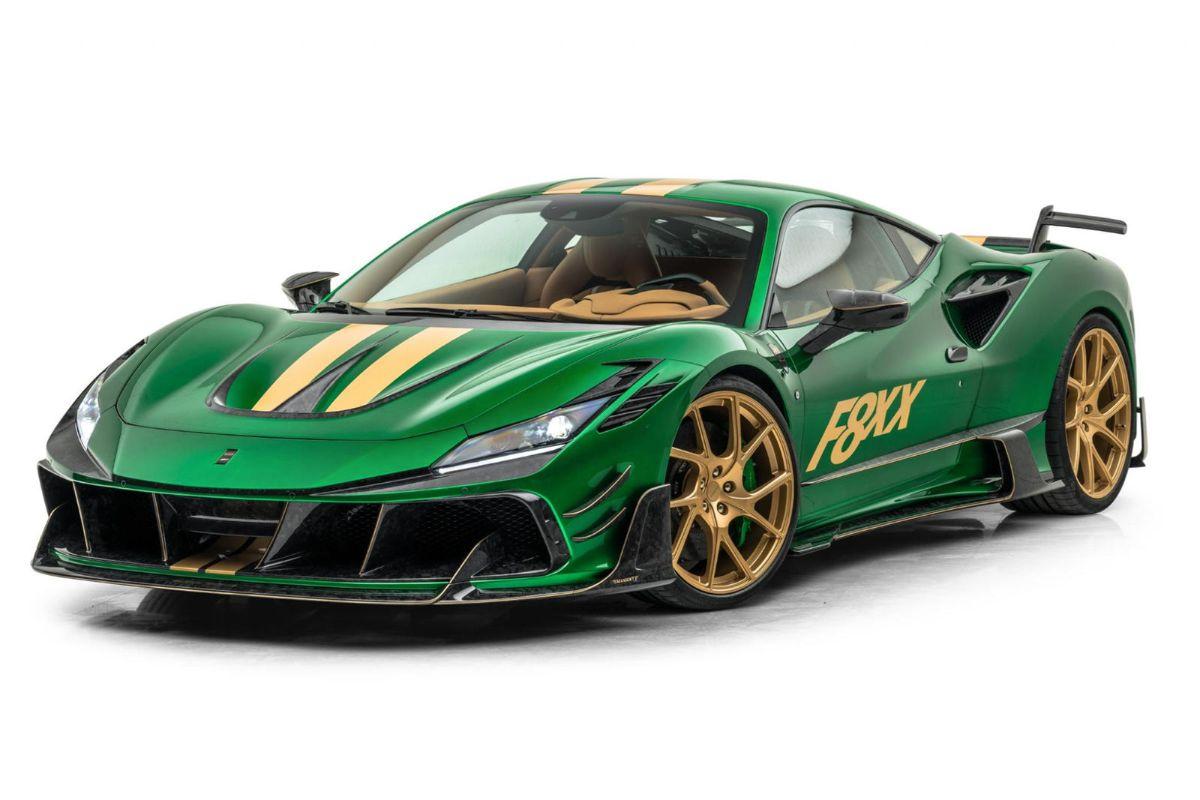 Mansory, the well-known German tuner, has a reputation for making some of the most controversial aftermarket cars in the business. After transforming the Ferrari 812 GTS into an 830-hp missile, Mansory has disclosed its new modification on the F8 Tributo, which has been provided an aggressive makeover and increase in power. Mansory F8XX, the modified F8 Tributo has given "Catania Green" shade with gold racing stripes.

If the regular F8 Tributo seems less aggressive to you, then look for Mansory F8XX. It has an abundance of forged carbon fiber components including a new front apron, side skirts, and a rear apron.

The most stunning tailor-made parts are the two L-shaped rear wings inspired by the one on the track-only FXX-K that replace the F8's spoiler.

To showcase its bold new appearance, Mansory has attempted to improve with the powertrain. F8's mid-mounted 3.9-liter turbocharged V8 generates 710 hp and 568 lb-ft of torque, but Mansory has managed to enhance the power to 880 hp and 708 lb-ft by customizing engine management application and exhaust system. Due to this sudden increase in power, the Mansory F8XX will accelerate from 0 to 60 mph in just 2.6 seconds as compared to 2.9 seconds in the standard car, and achieve a speed of 220 mph.

The seats are covered with leather with white color accents. Apart from that, you will get to see leather on the cabin including the sports steering wheel, combined with carbon fiber trim, Mansory floor mats, and embroidered Mansory logos. There is no discussion on the pricing part. However, F8 Tributo will cost you more than the stock F8 Tributo, which will cost at least $276,550. 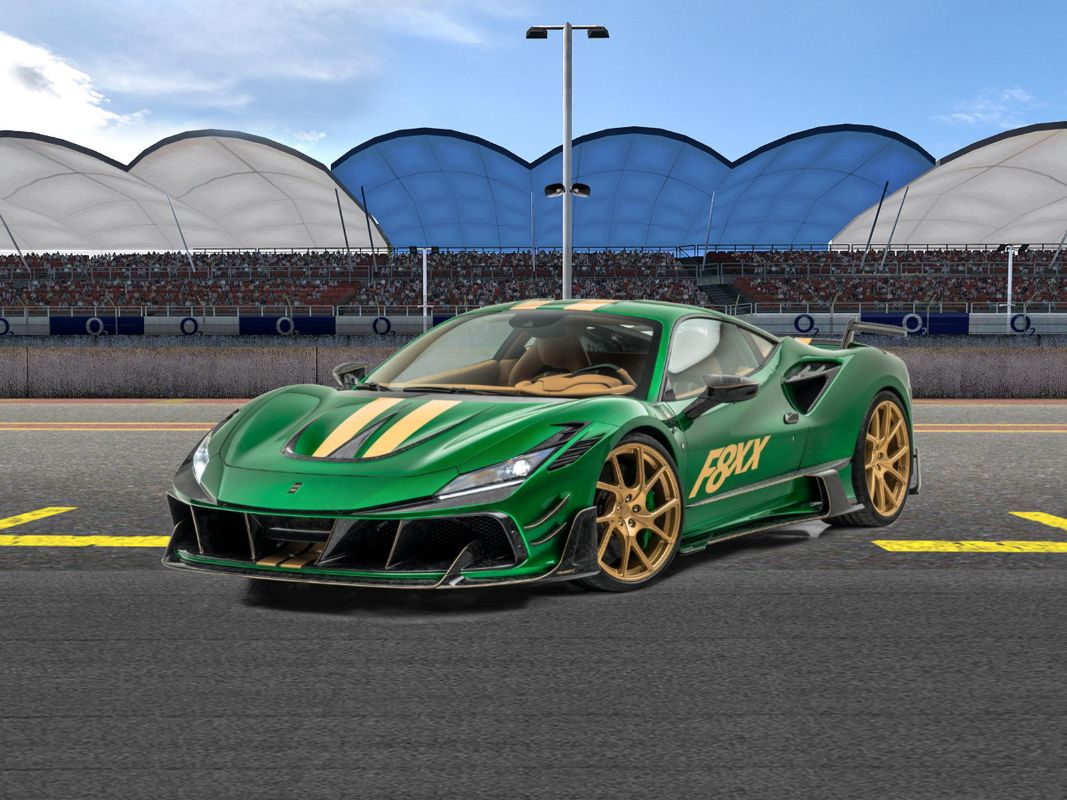 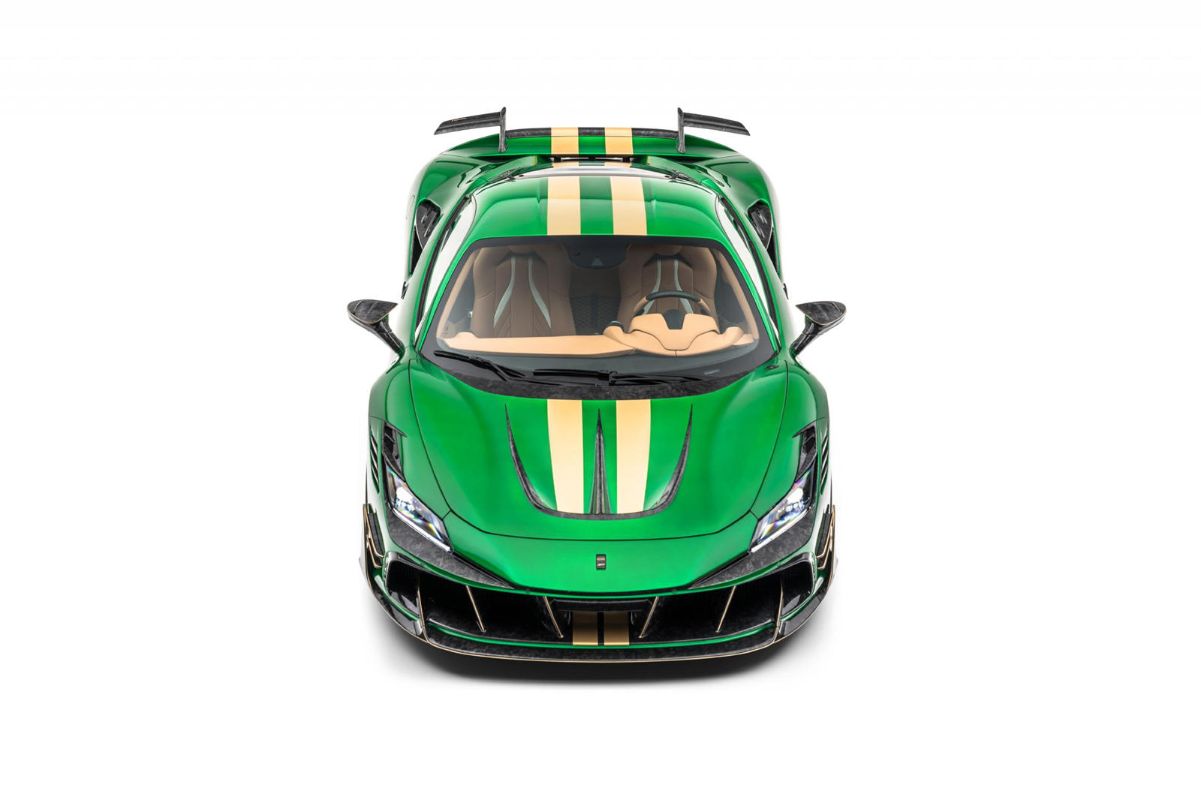 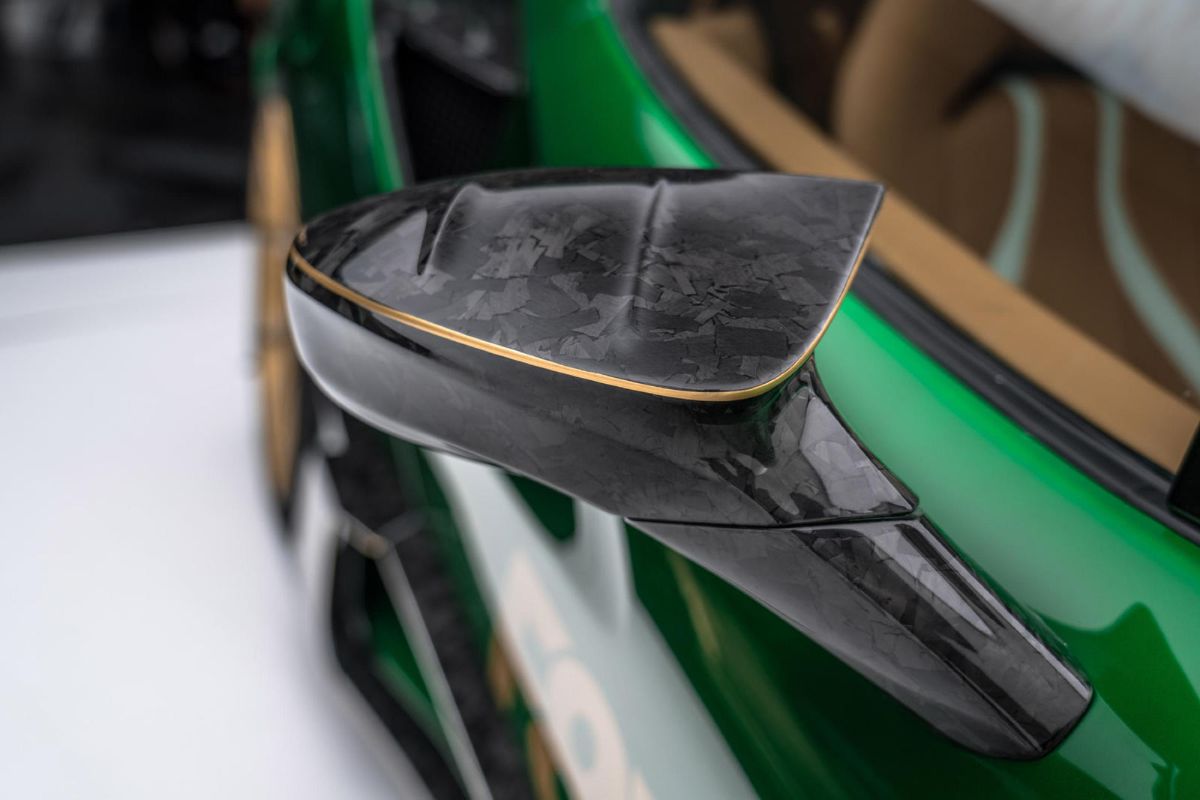 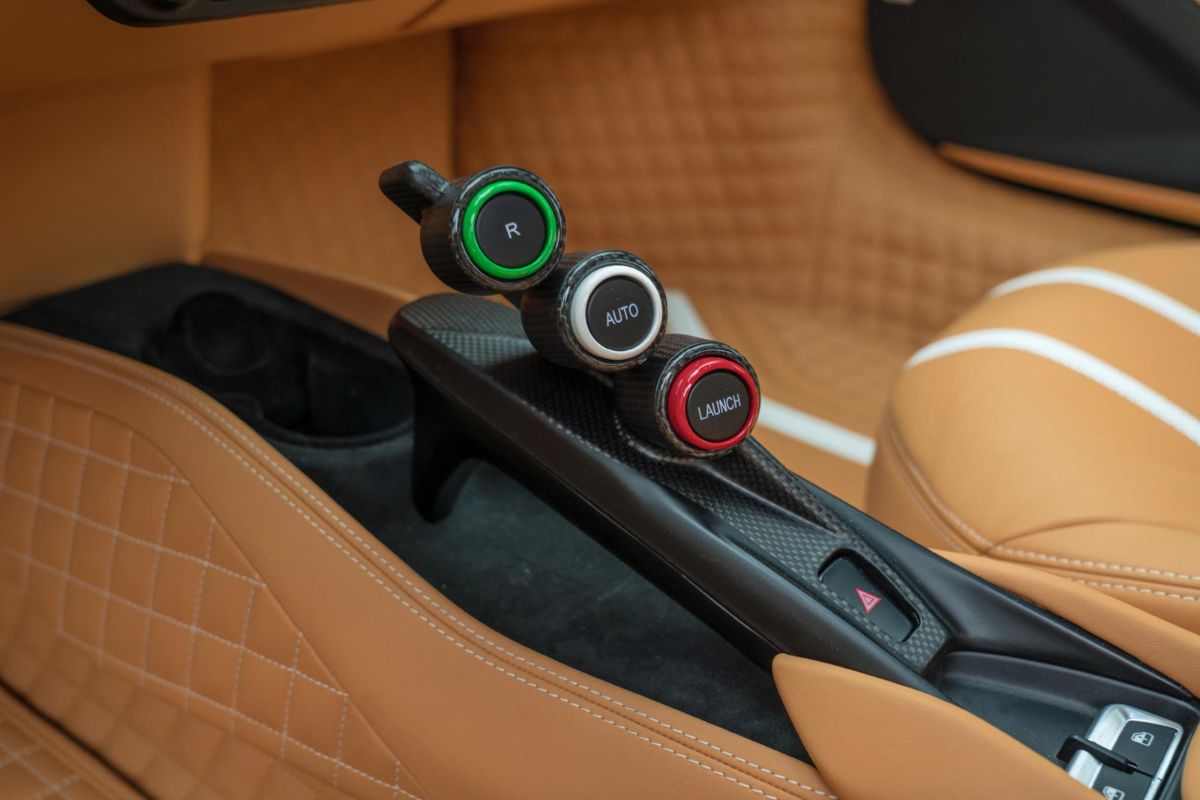 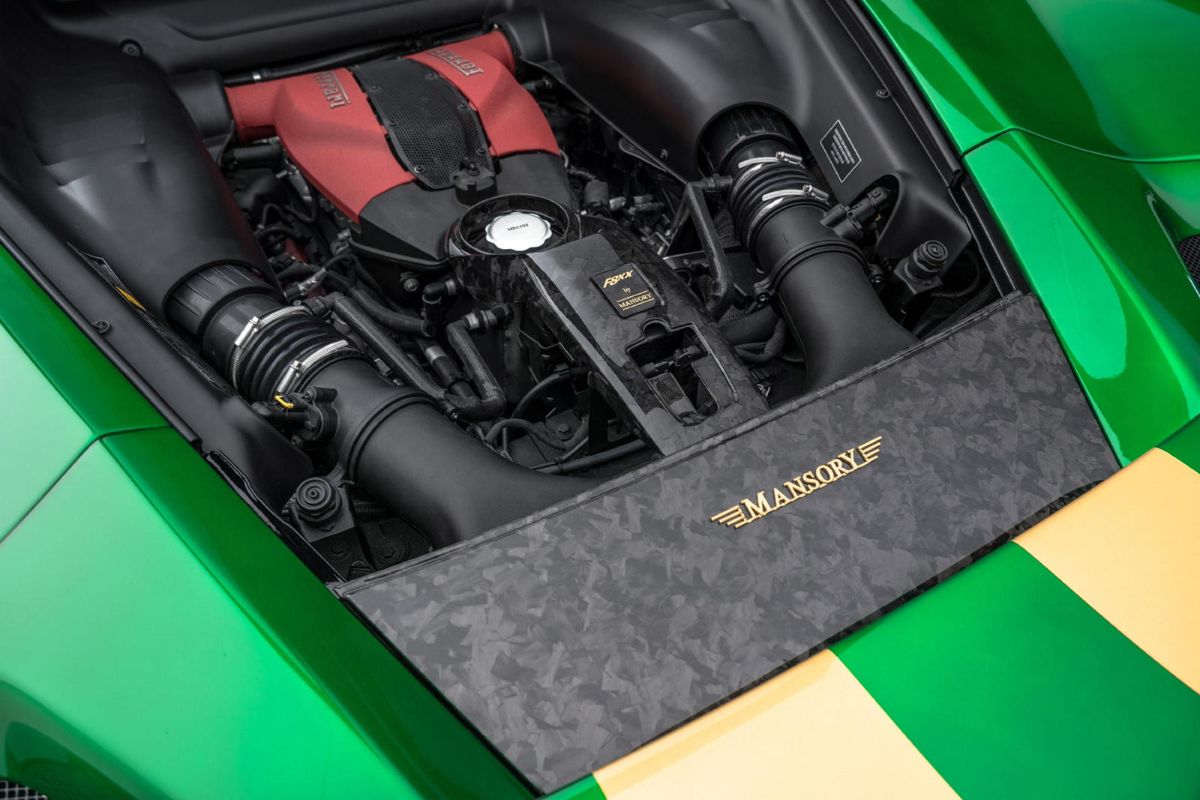 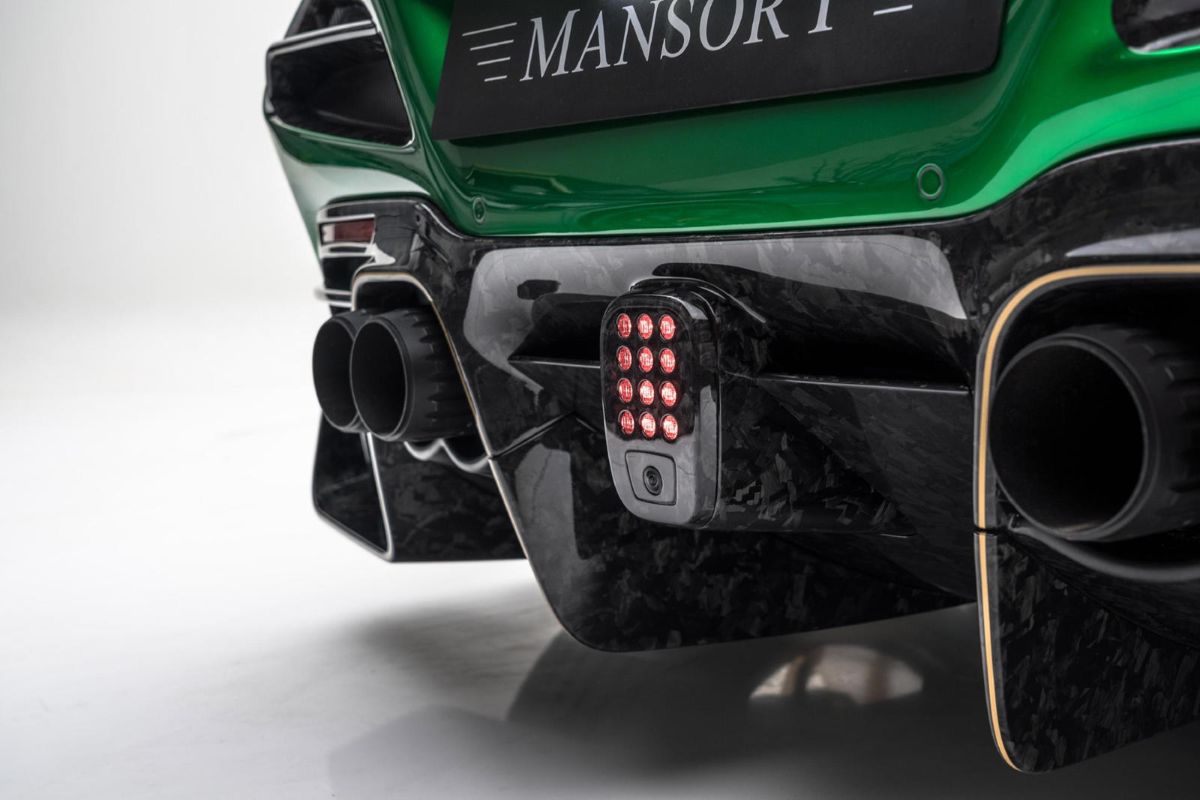 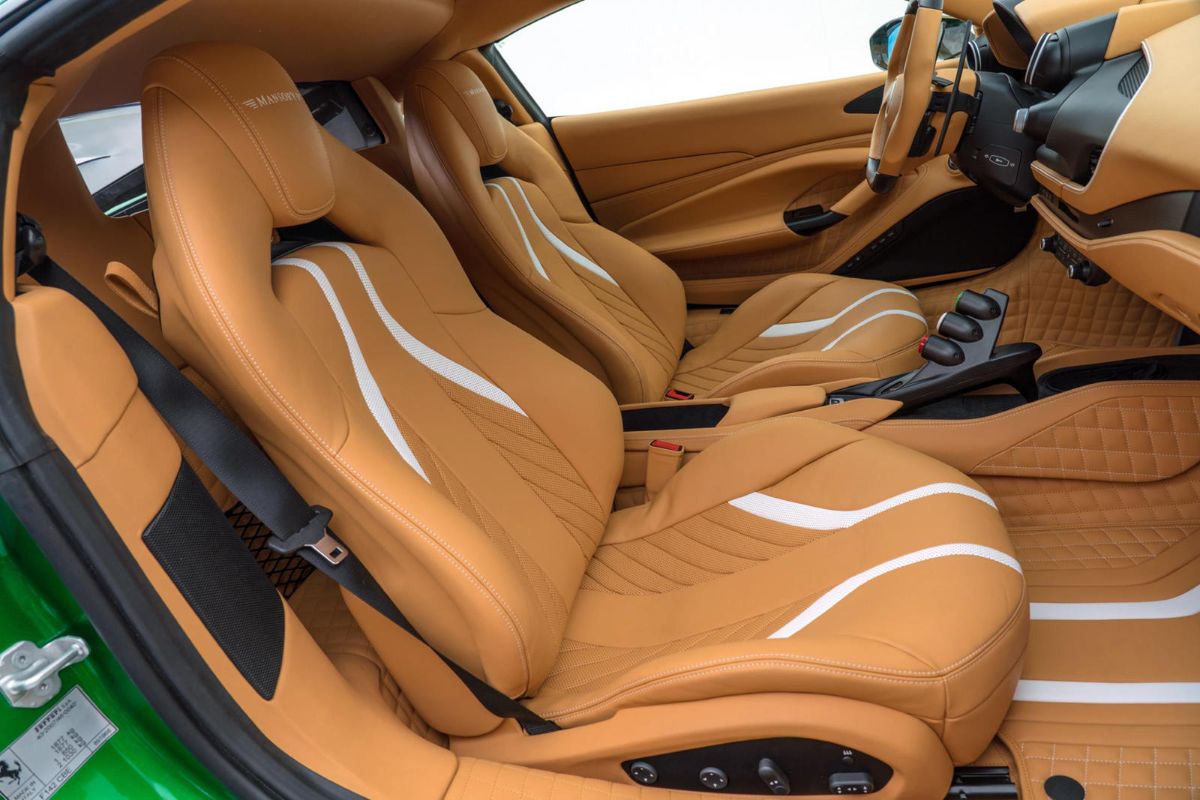 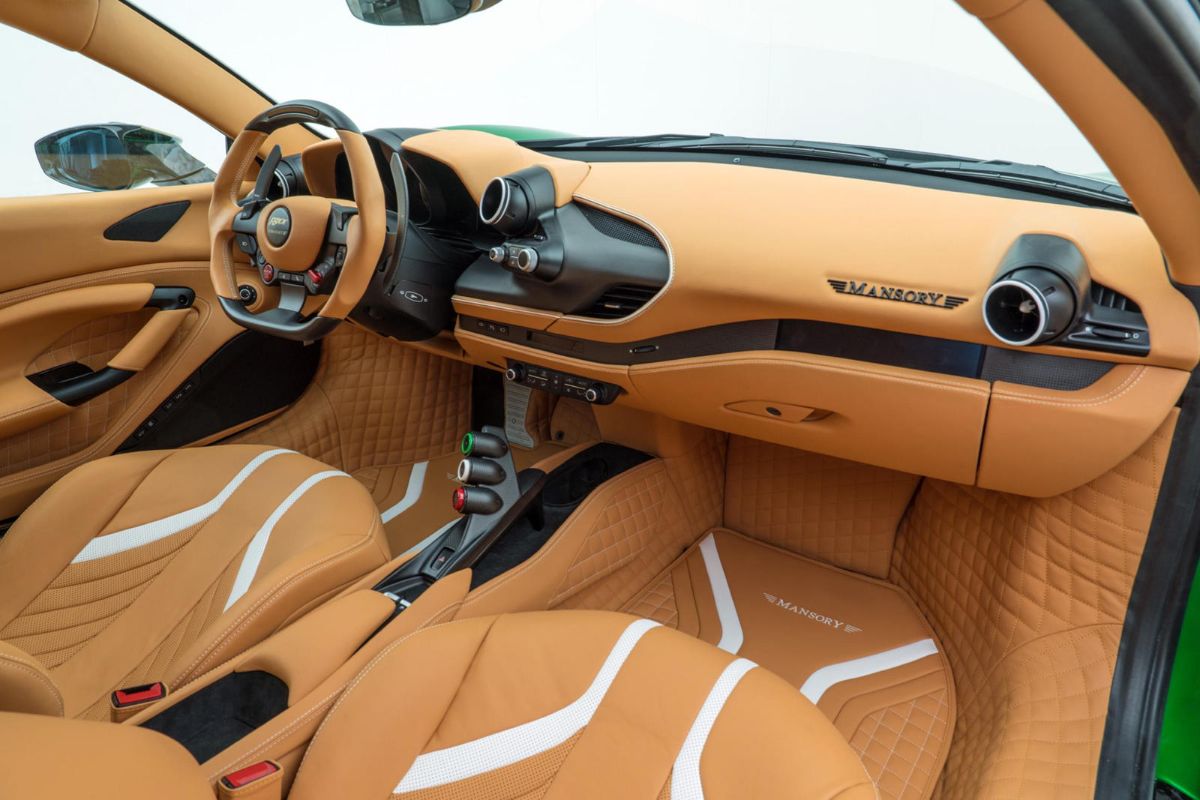 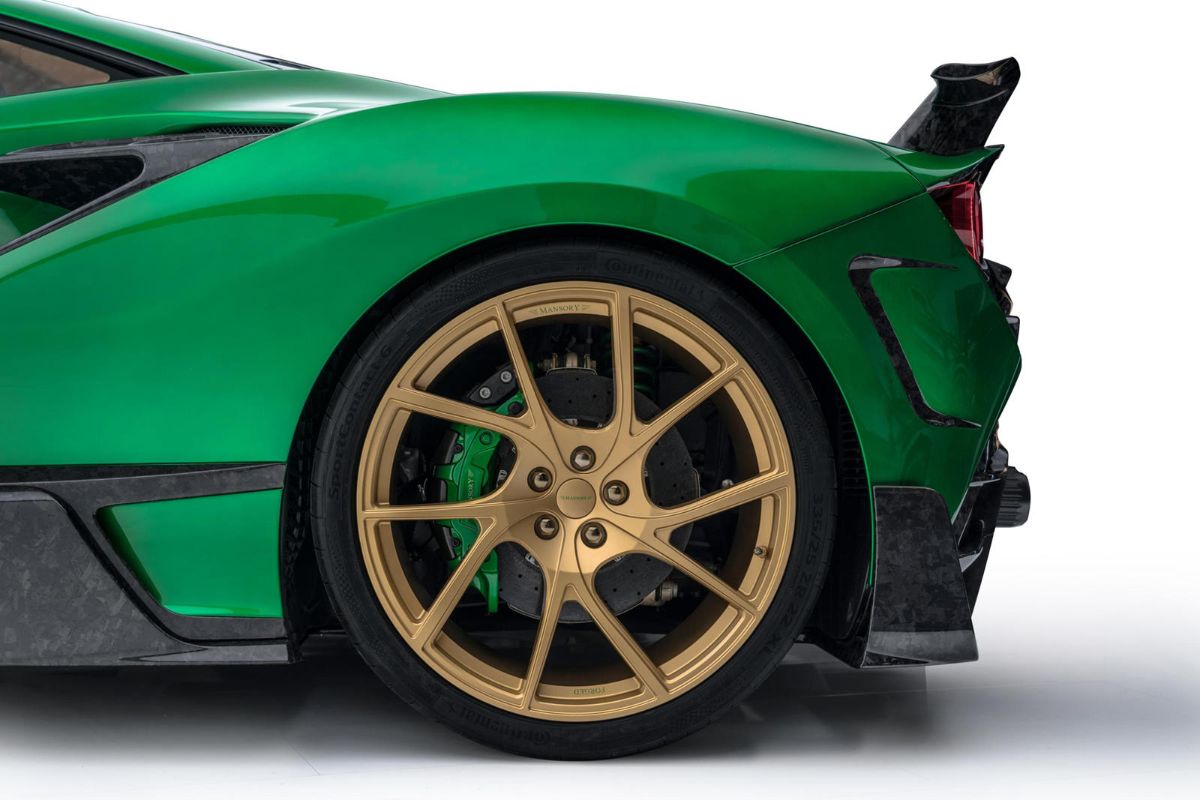 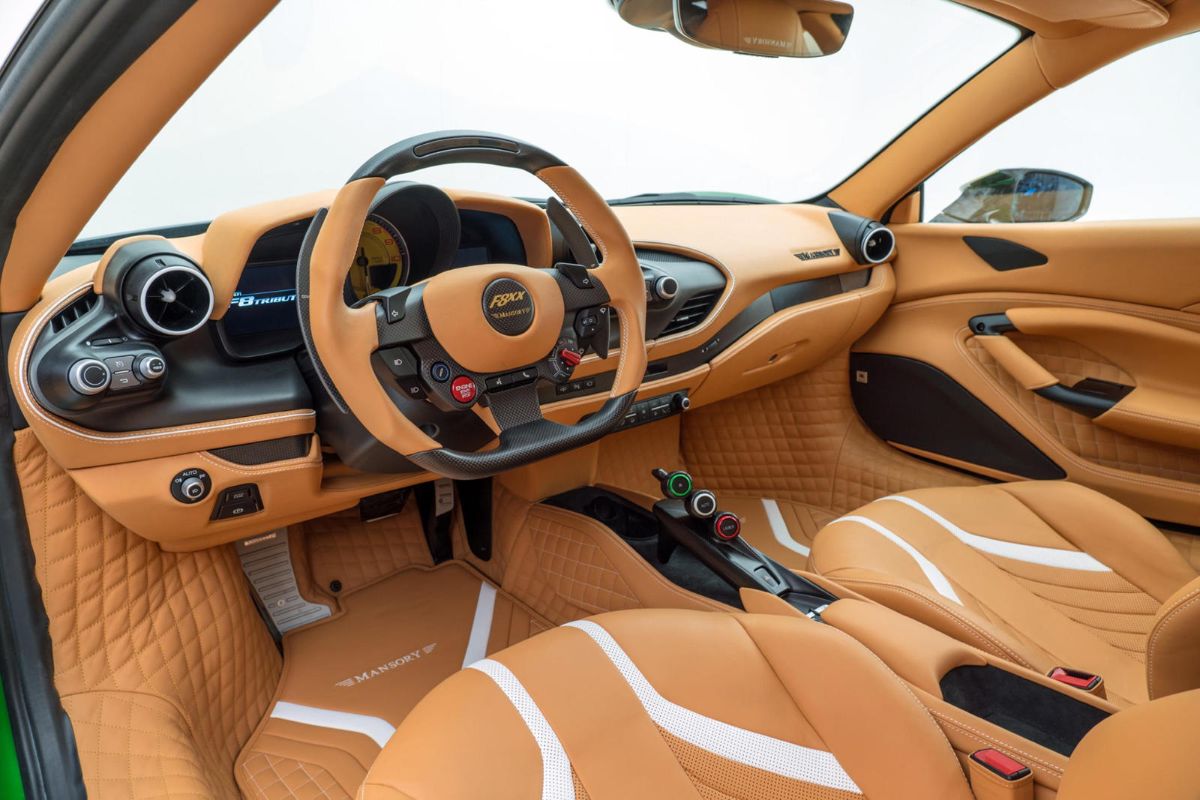 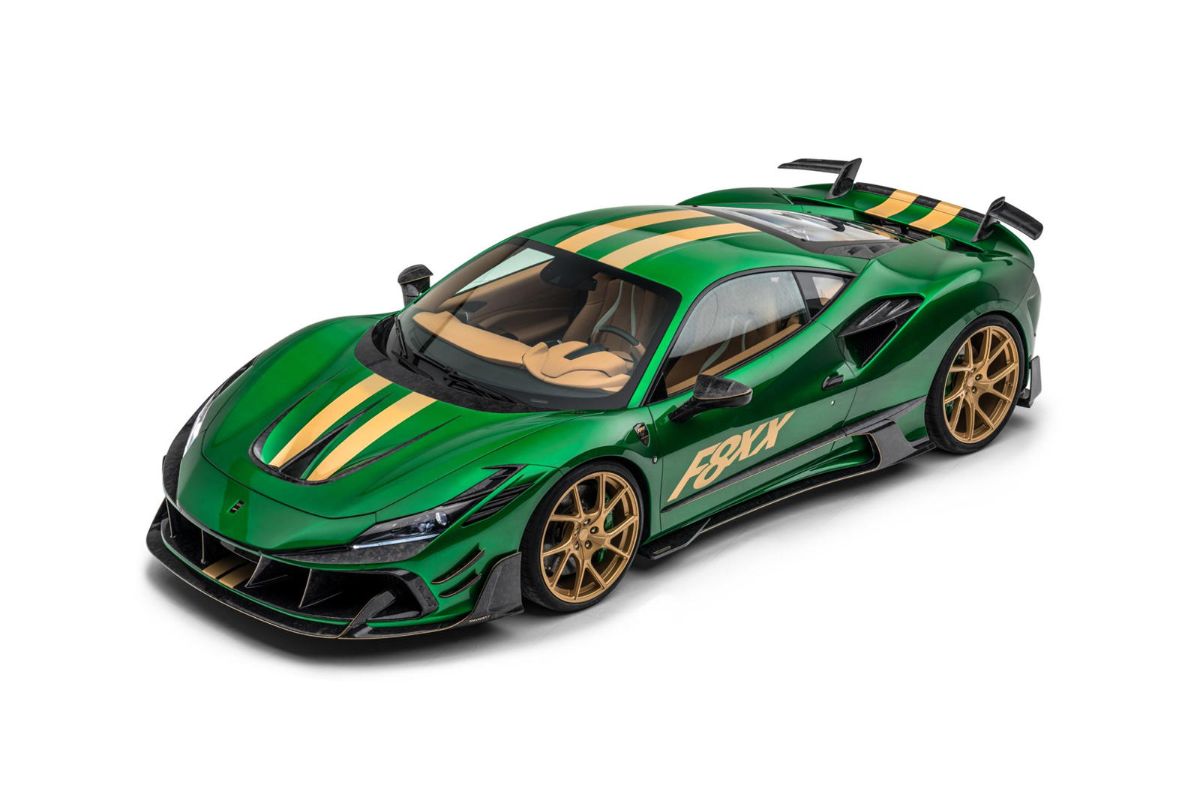 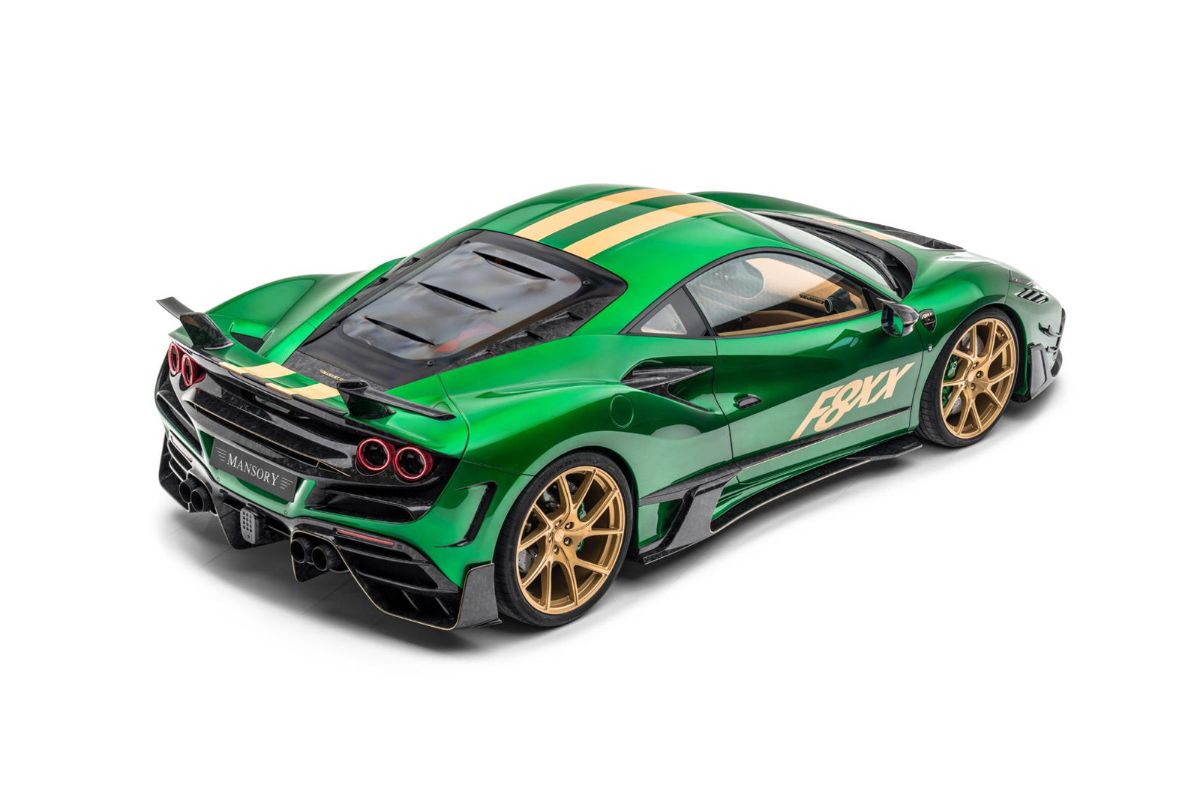 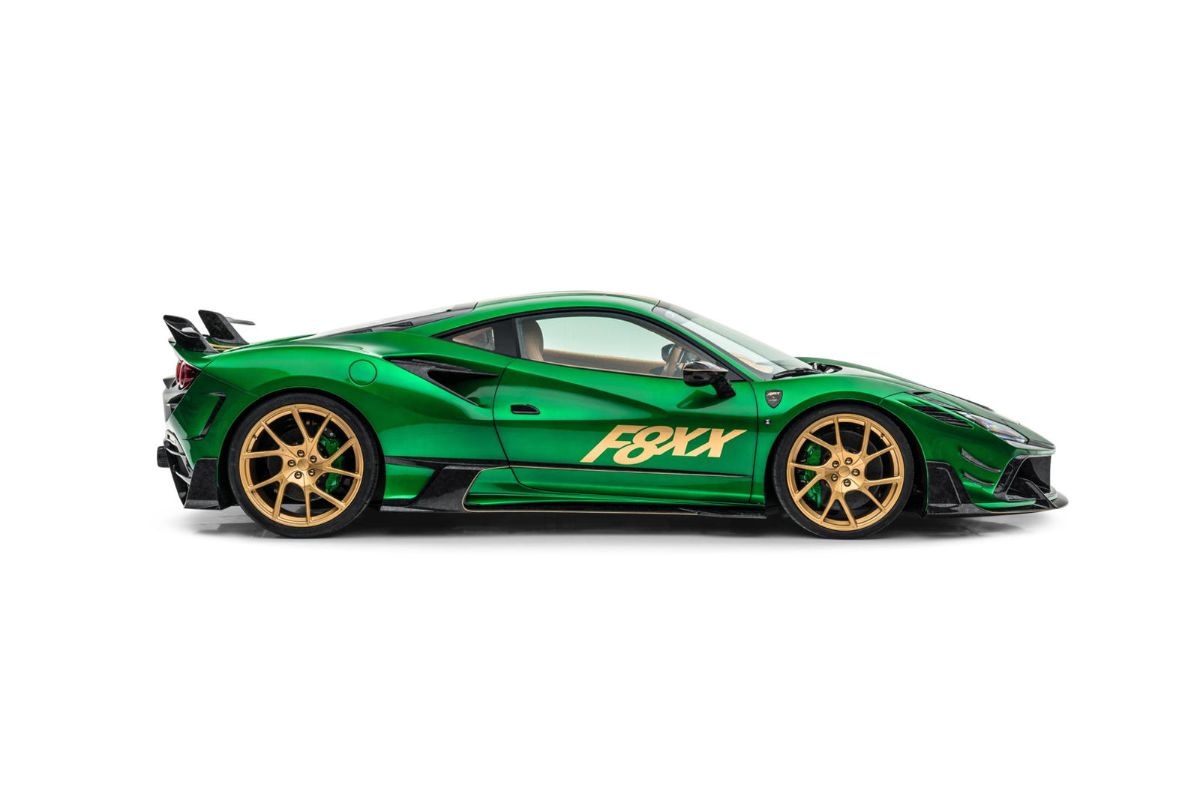 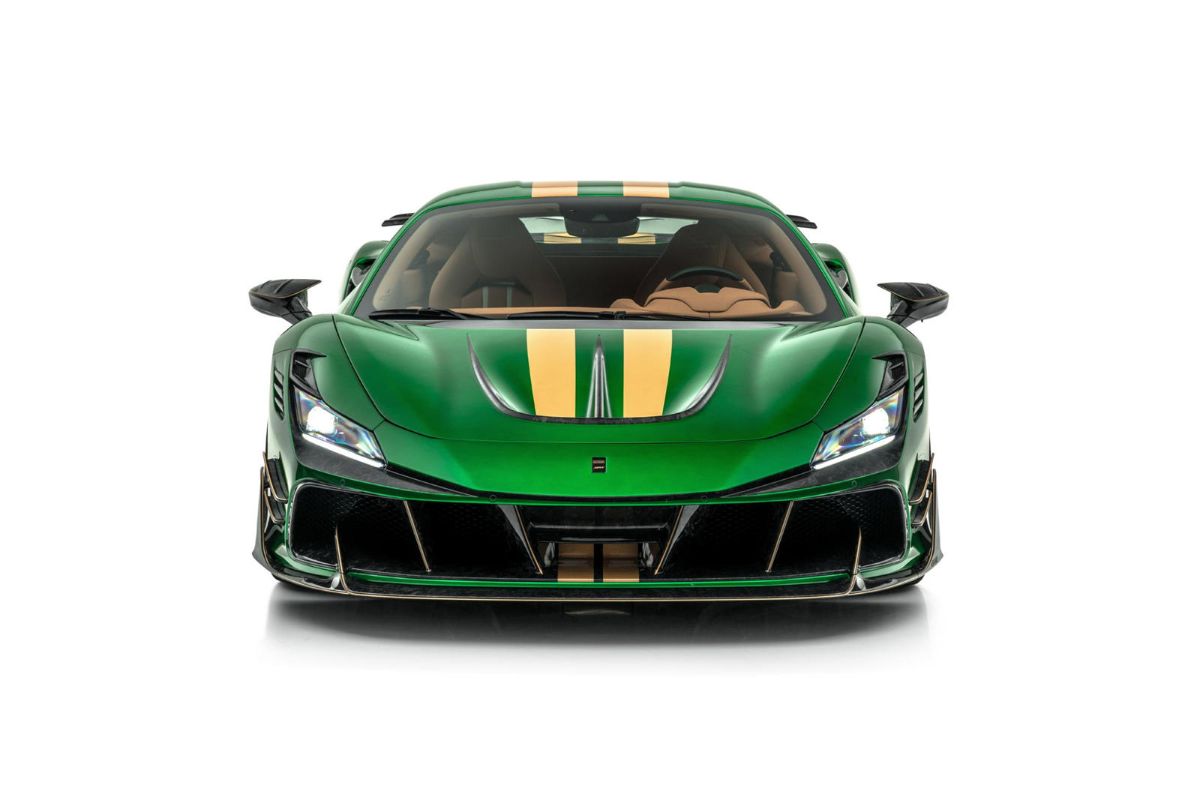 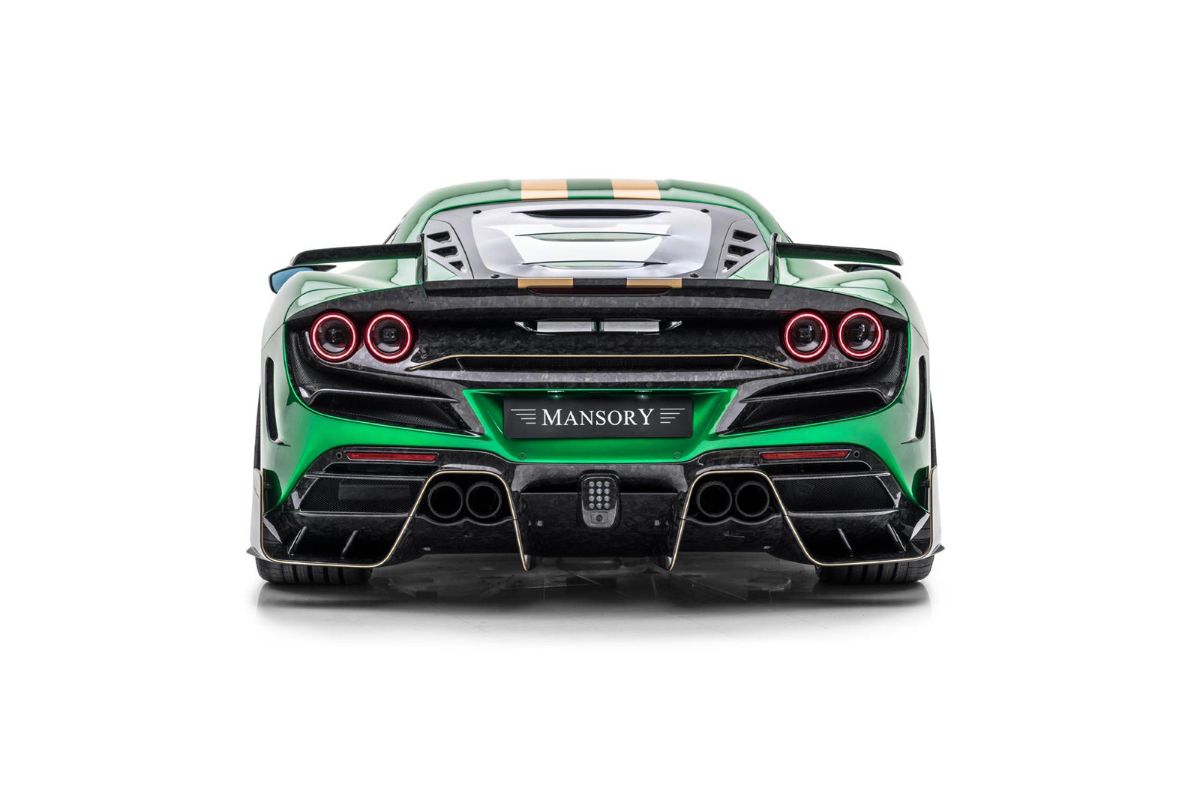 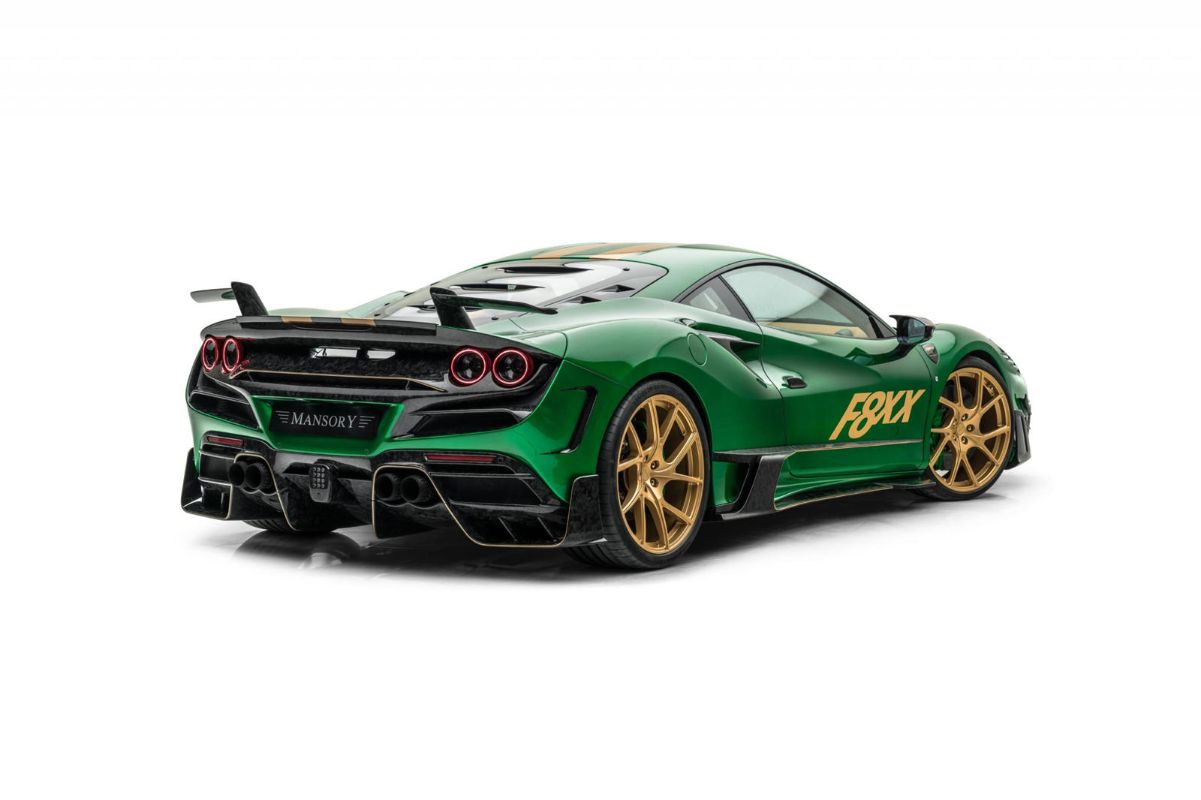 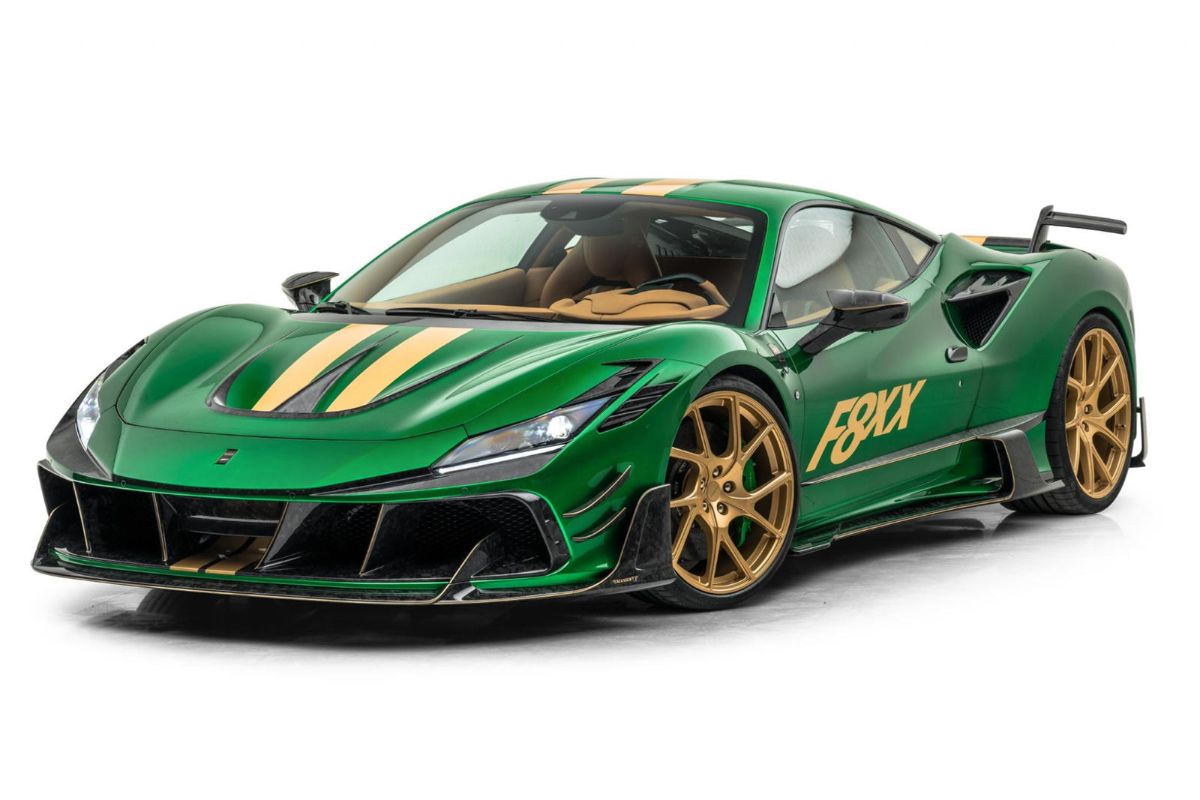