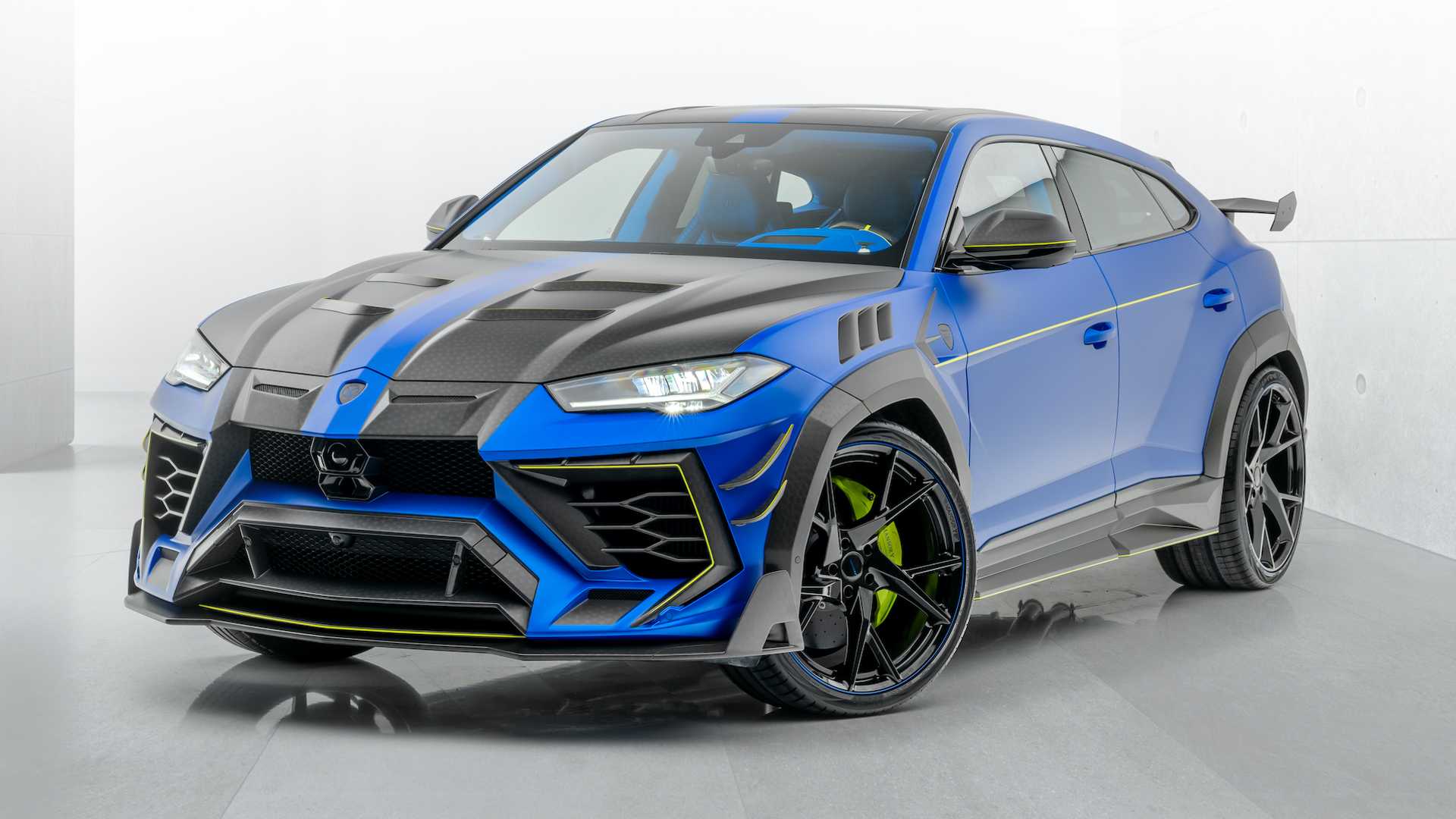 Mansory is a German car company that has created the Continental GT V8 Cabrio, we think the aftermarket firm has done a fabulous job by transforming the convertible into an aggressive car.

But this is not all. Mansory's latest craftsmanship is, the Venatus – a Lamborghini Urus that has been given complete transformation, along with engine uprates. We have witnessed an example of this previous year, but this one seems to be modified.

The blue Mansory Venatus has broadened fender flairs relative to a regular Urus, together with several carbon fiber parts such as side skirts, hood, tailgate-mounted wing, roof spoiler, and rear bumper with diffuser. The small detailing such as side mirror housings, trim strips, and air intake panels are all made by carbon fiber, infused with neon green paint accents. The black forged 24-inch wheels have enhanced the look.

The Venatus cabin is coated with blue leather with neon green accents. And some of the areas that are covered with carbon fiber materials were Alcantara accents.

The Mansory Venatus gets a P810 modification to the V8 twin-turbo engine. With the new engine management system and high-performance catalytic converter, the Venatus gets a power bump from a regular Lambo Urus. The final outcome lifts from 641 horsepower (478 kilowatts) to 838 hp (625 kW), and from 627 pound-feet (850 Newton-meters) to 738 lb-ft (1,000 Nm) of twist.

Mansory is not interested in disclosing the price of its creations, but yes don't think that the Venatus will be cheap as regular Urus. 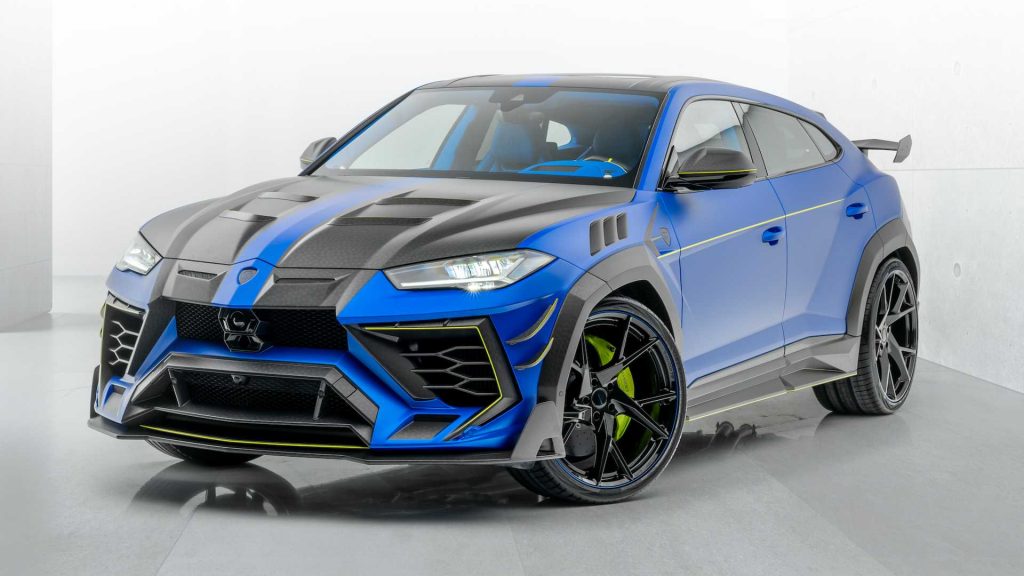 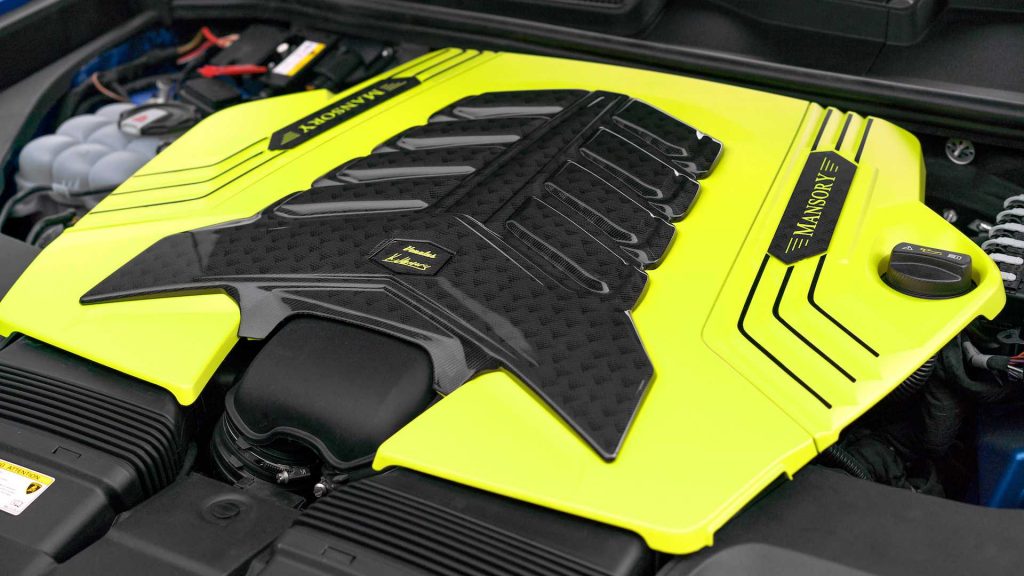 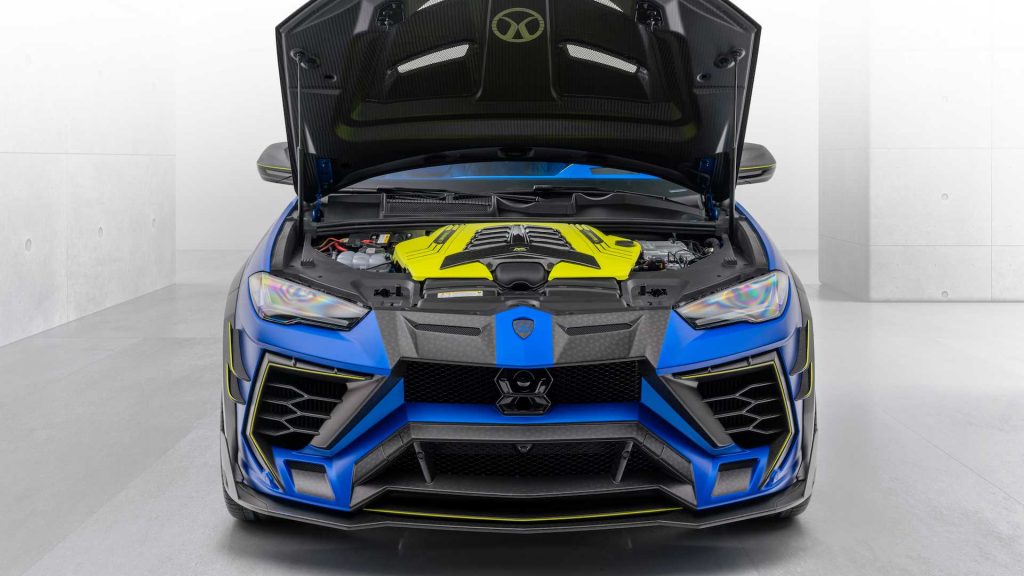 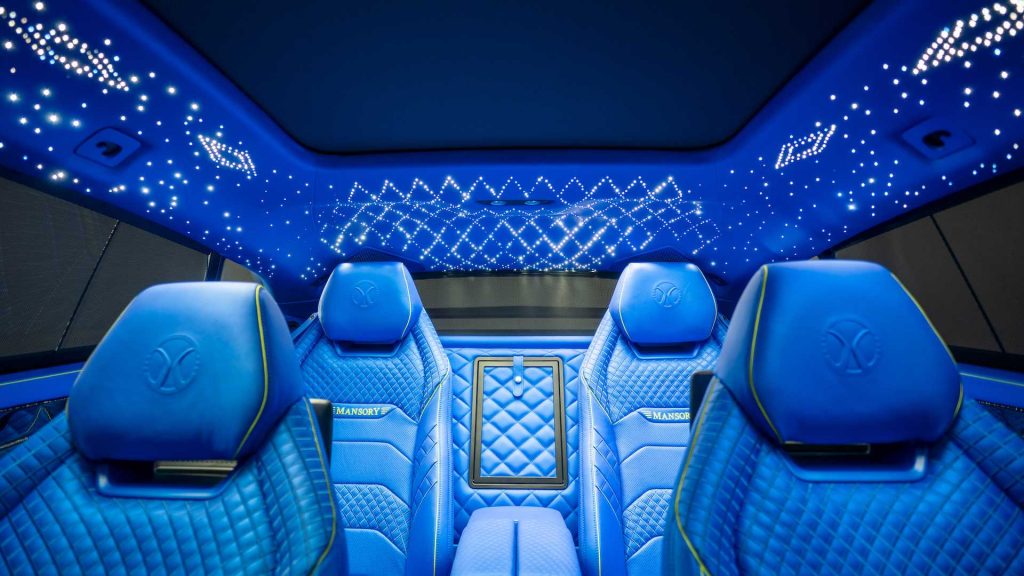 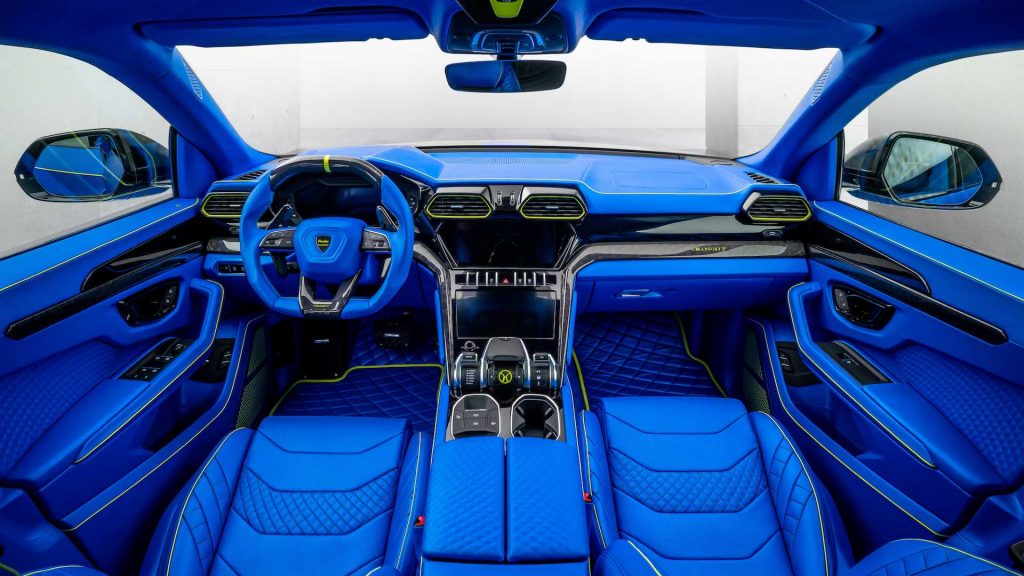 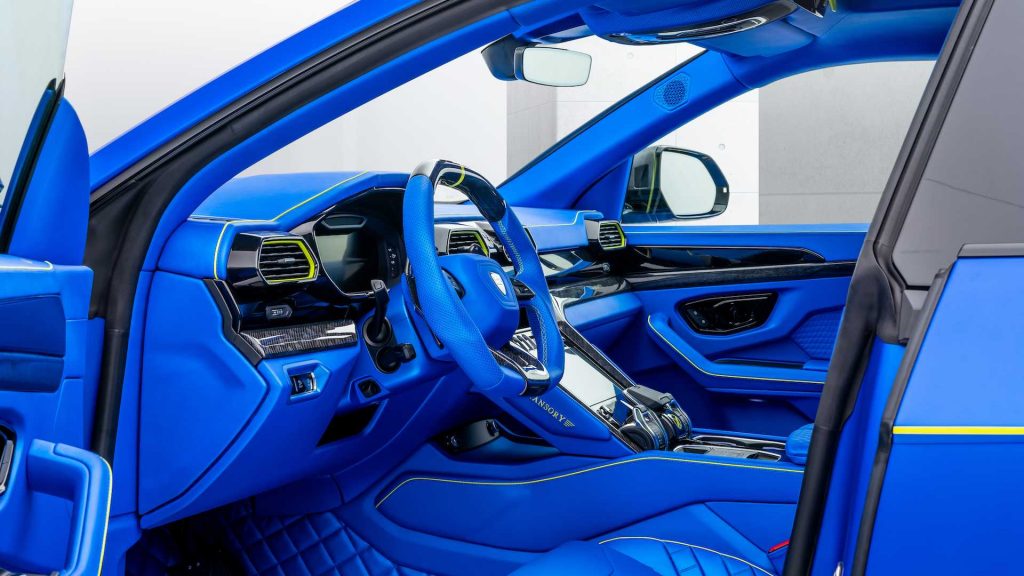 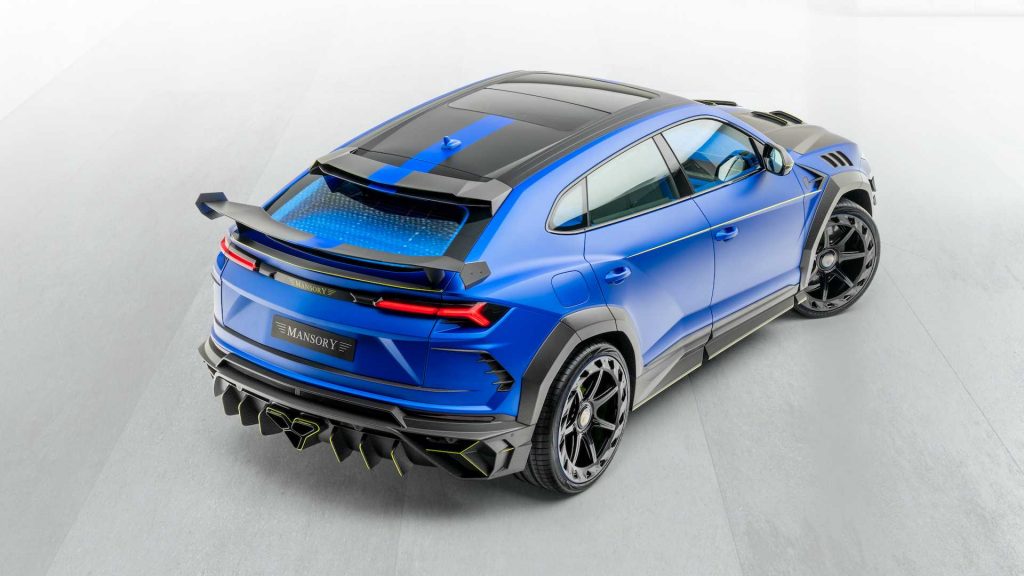 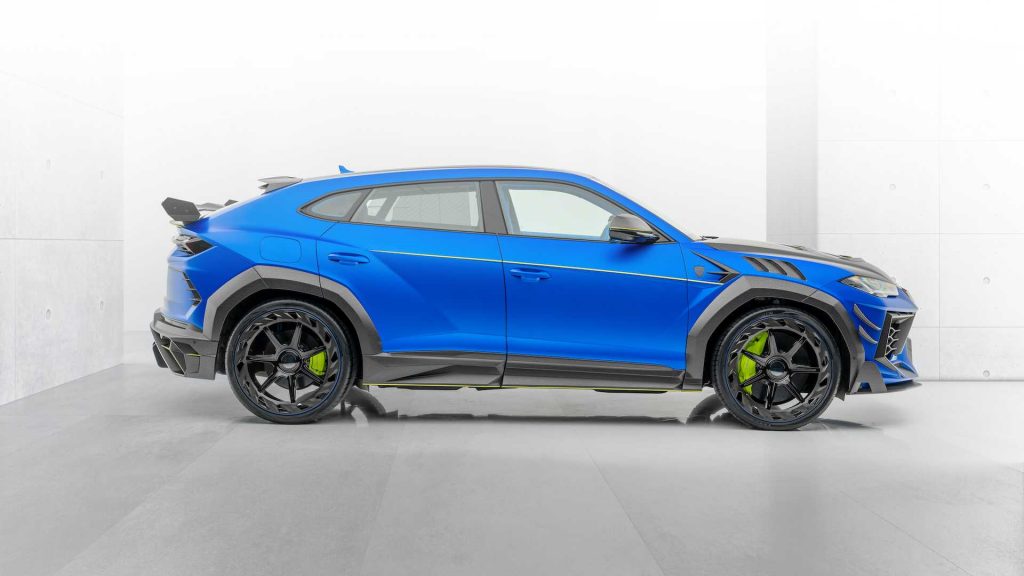 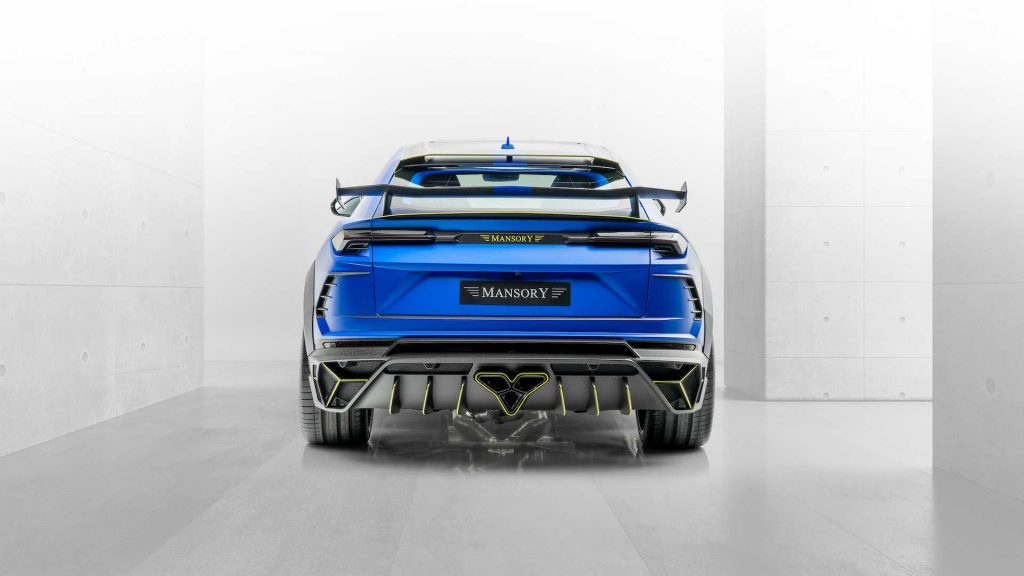 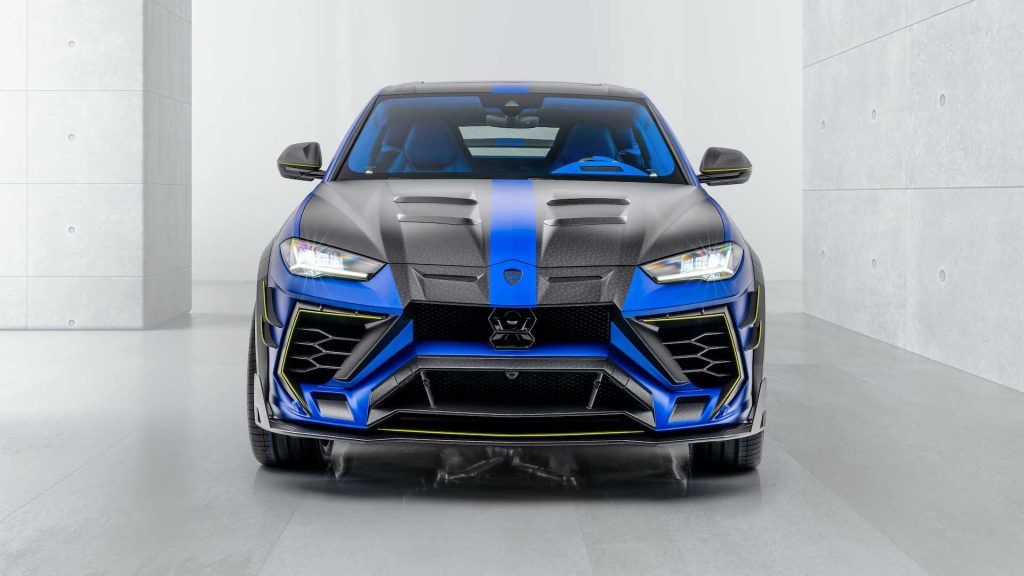 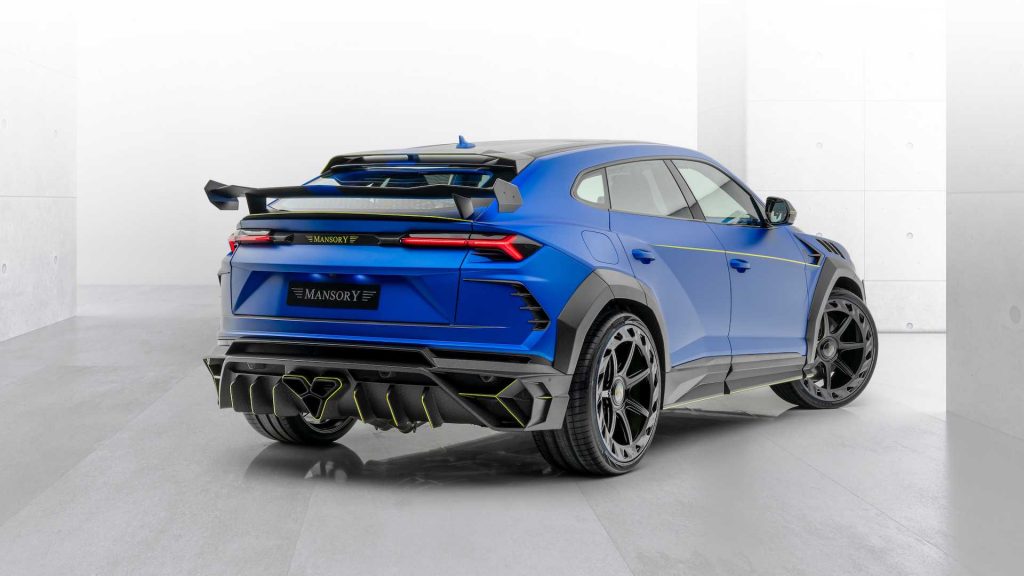