Last month we saw Novitec's take on Ferrari 812 GTS, and now German tuner Mansory has modified the open-top grand tourer too, after recently ruining th Ford GT. The Mansory's are controversial in the tuning scene along with Liberty walk, and this customized Ferrari 812 Superfast GTS dubbed the "Stallone GTS" is no exception.

Ferrari 812 GTS gets a more striking makeover and power by Mansory's comprehensive conversion, but the latter is not impressive. Mansory has fitted a hideous front apron at the front, while molded side skirts embellish the profile. The rest of the car is sickening.

The diffusers dominate the rear along with the rear wing. A carbon fiber finishing is given to these components, which gives an unresolved appearance to 812 Superfast GTS.

In the interior of Stallone GTS specially designed steering wheel and aluminum pedals are featured. And every part of the interior is covered in blue leather contrasting carbon accents, including dashboards, steering wheels, and seats. Embroidered Mansory logos and illuminated door sill panels round off the interior modifications.

This car has a power of 789 hp and 530 lb-ft of torque. With this, the standard car has no slouch, but the revised ECU and sports exhaust system of Mansory's has boosted the output to 830 hp with 545 lb-ft of torque. Thanks to this extra muscle, the Stallion GTS will sprint from 0-62 mph in 2.8 seconds, which is 0.1 seconds faster than the standard car. In addition, Mansory has fitted the lightweight 21-inch wheels wrapped in high-performance tires measuring 265/30 ZR21 (VA) and 335/25 ZR22. This is an attention grabber, but we'd rather have the standard car. 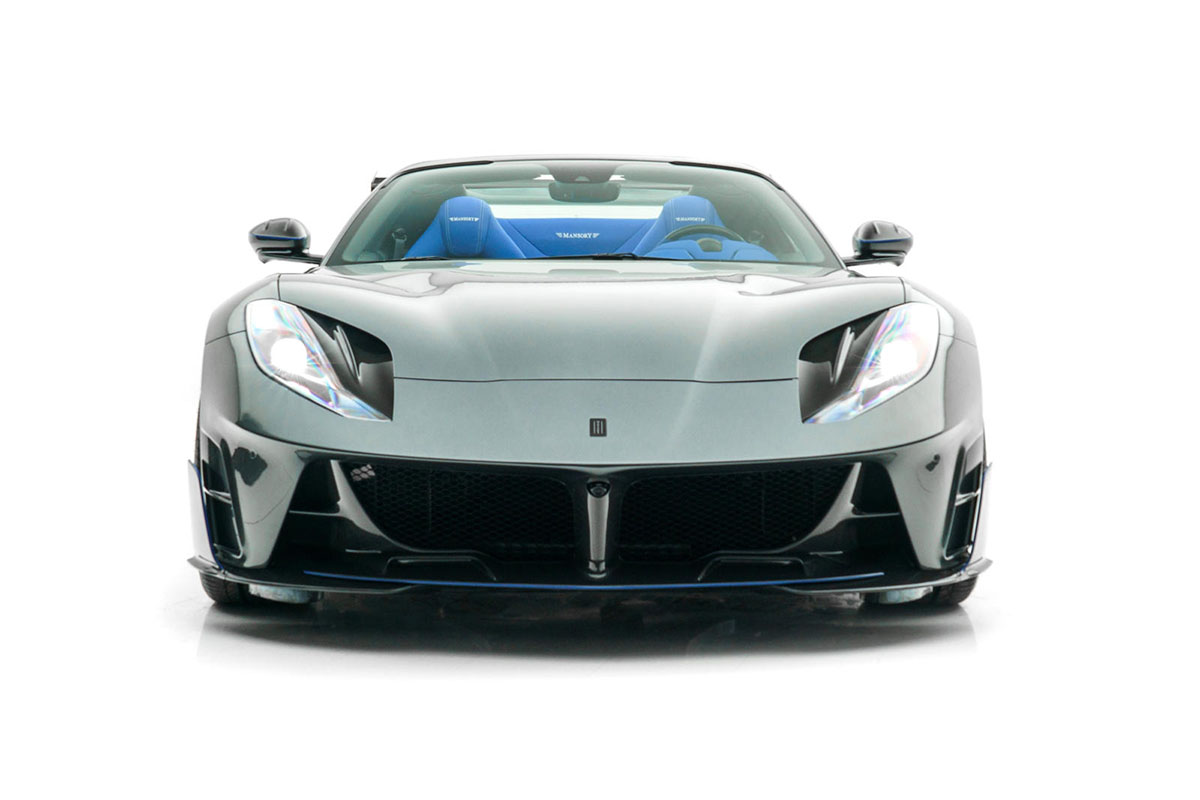 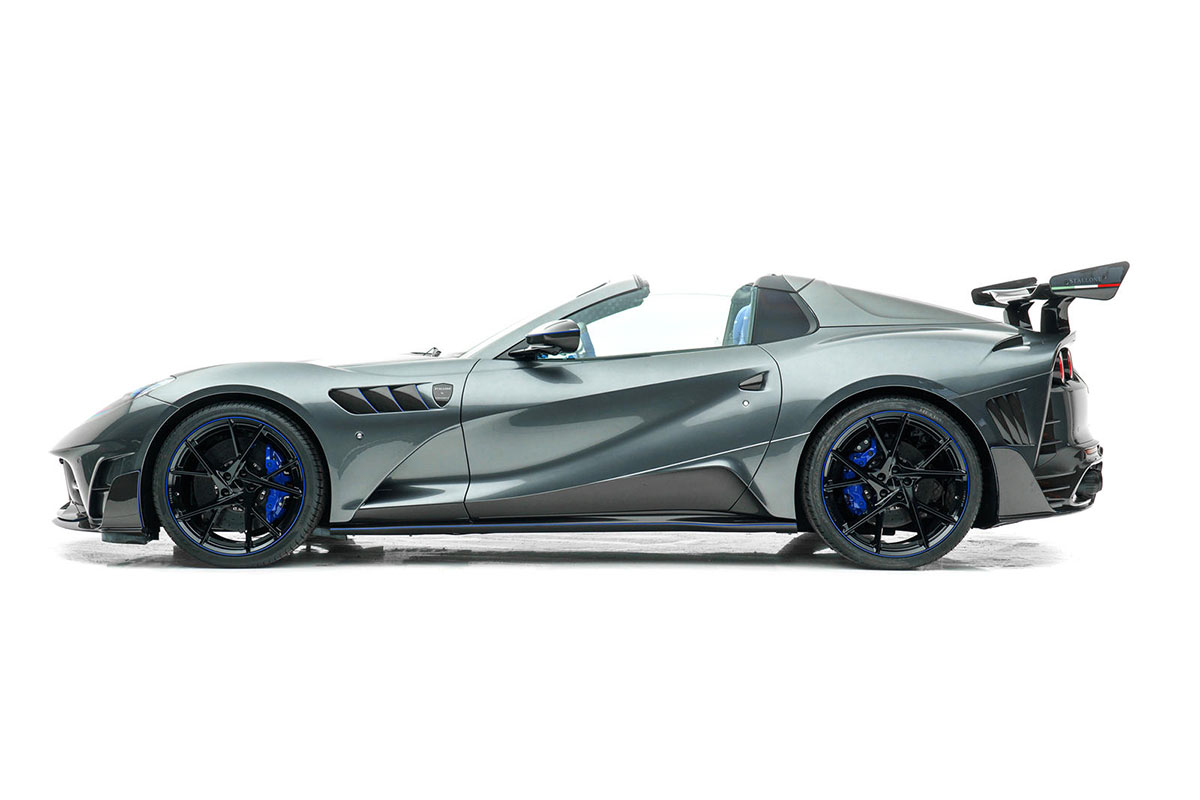 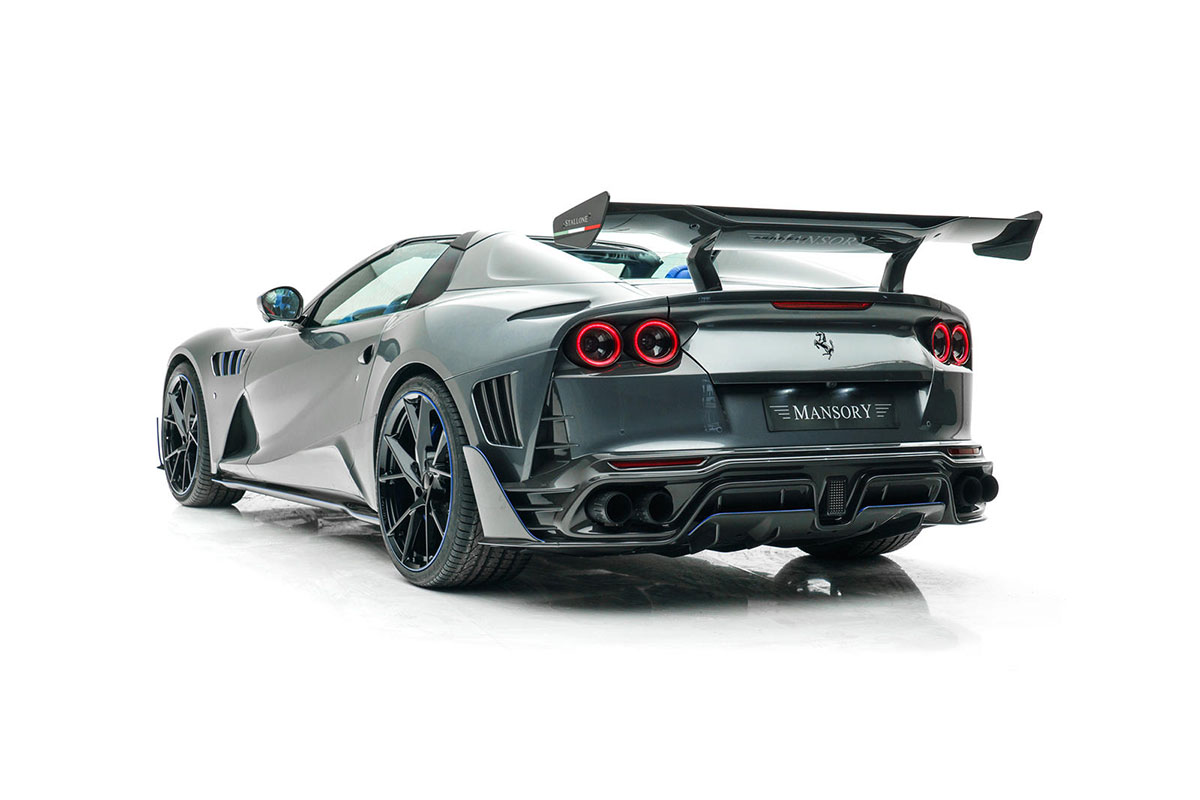 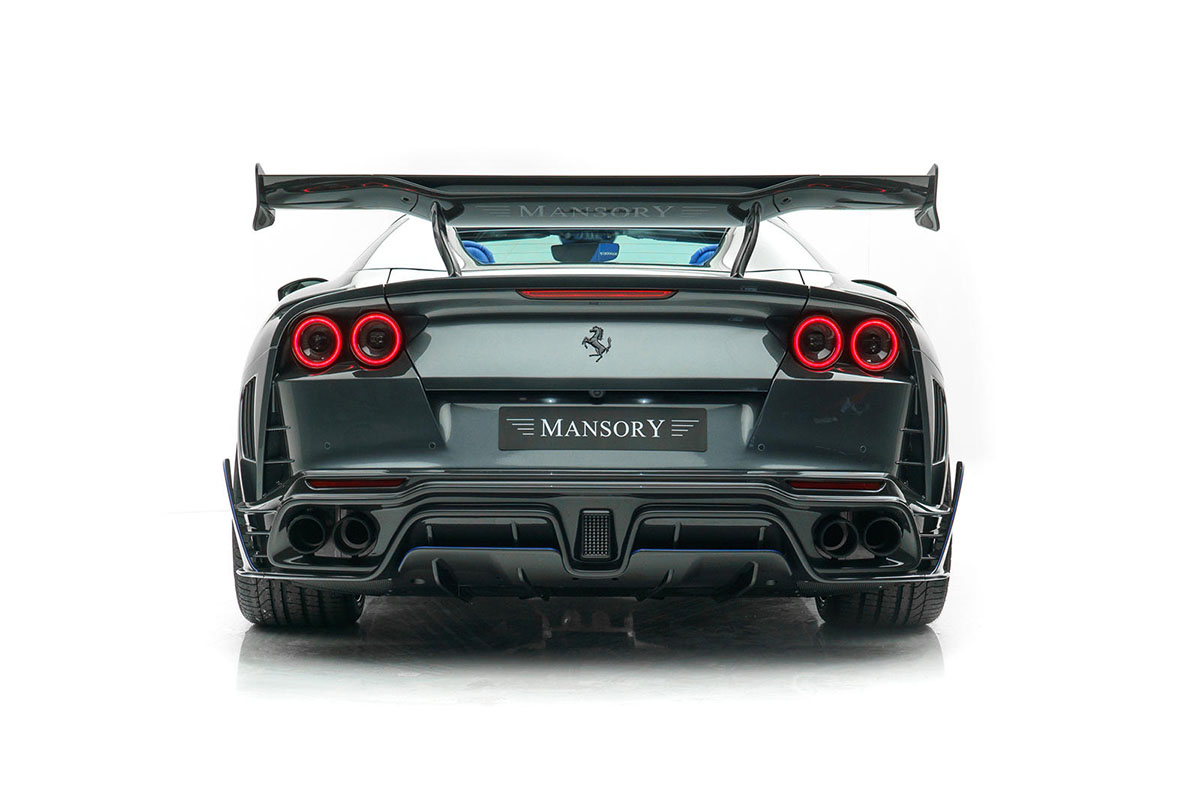 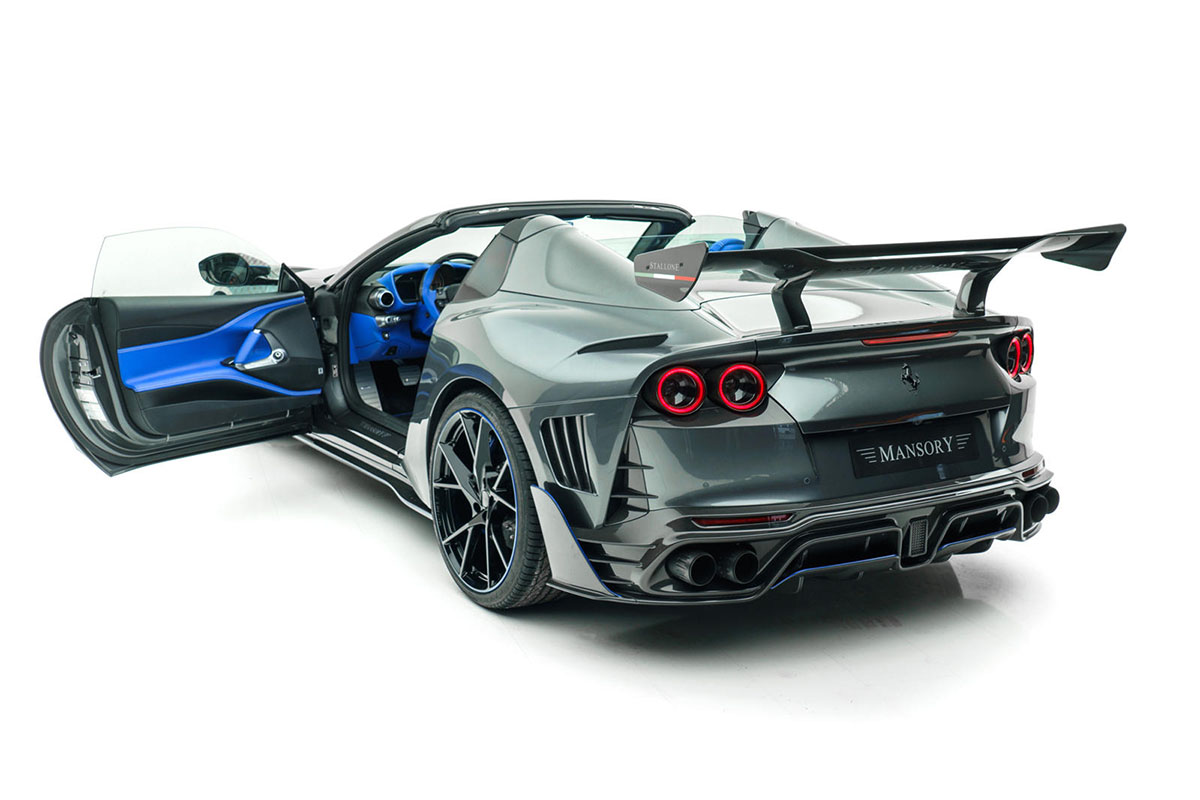 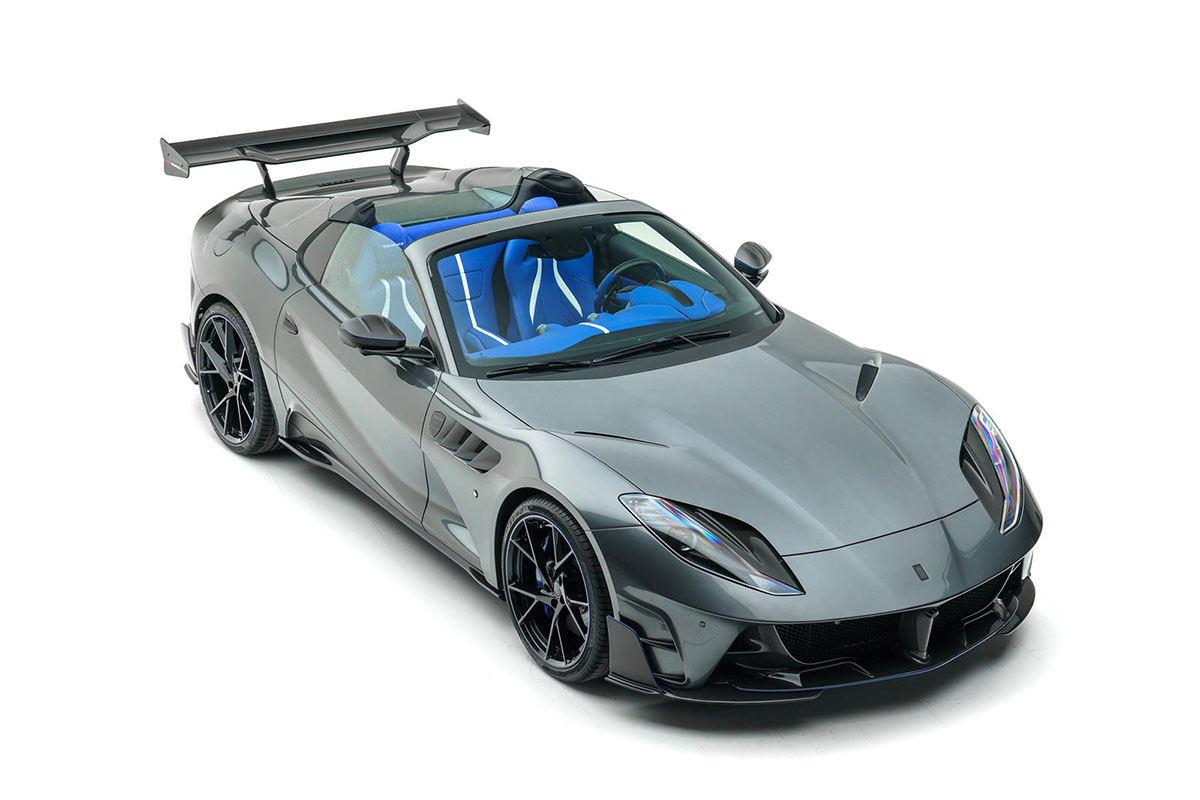 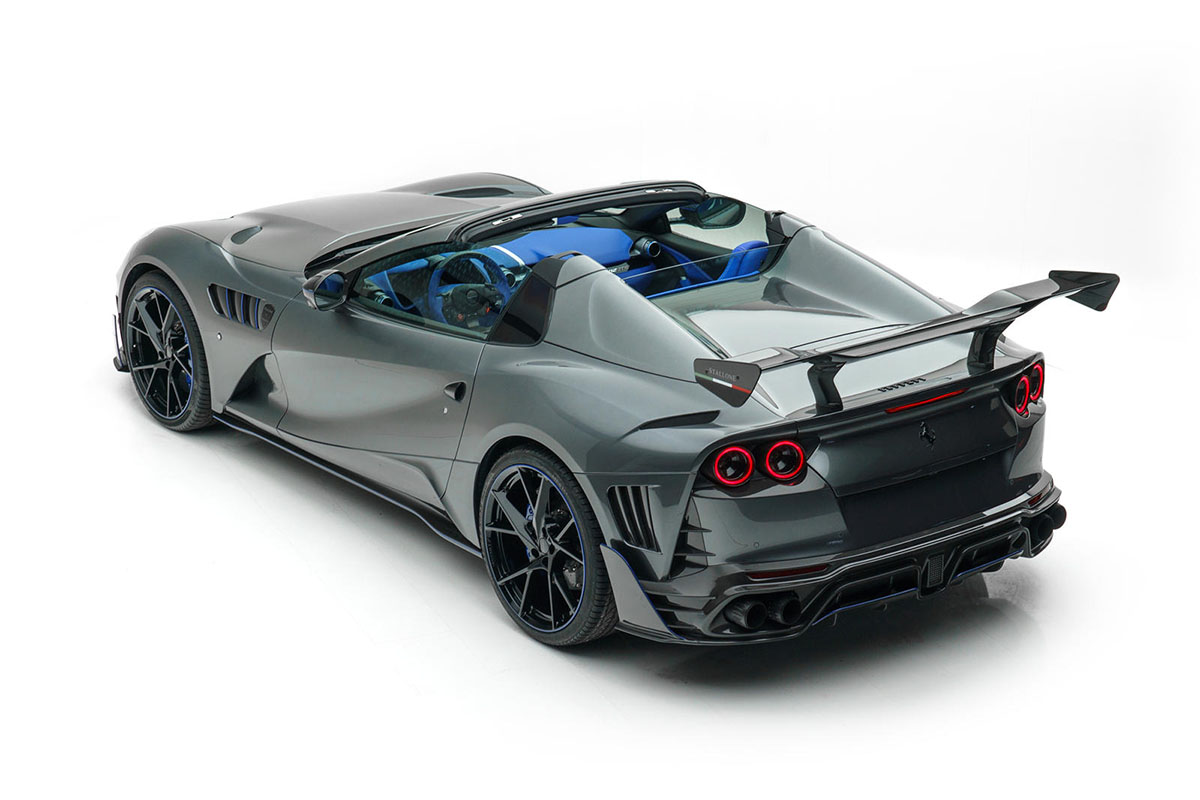 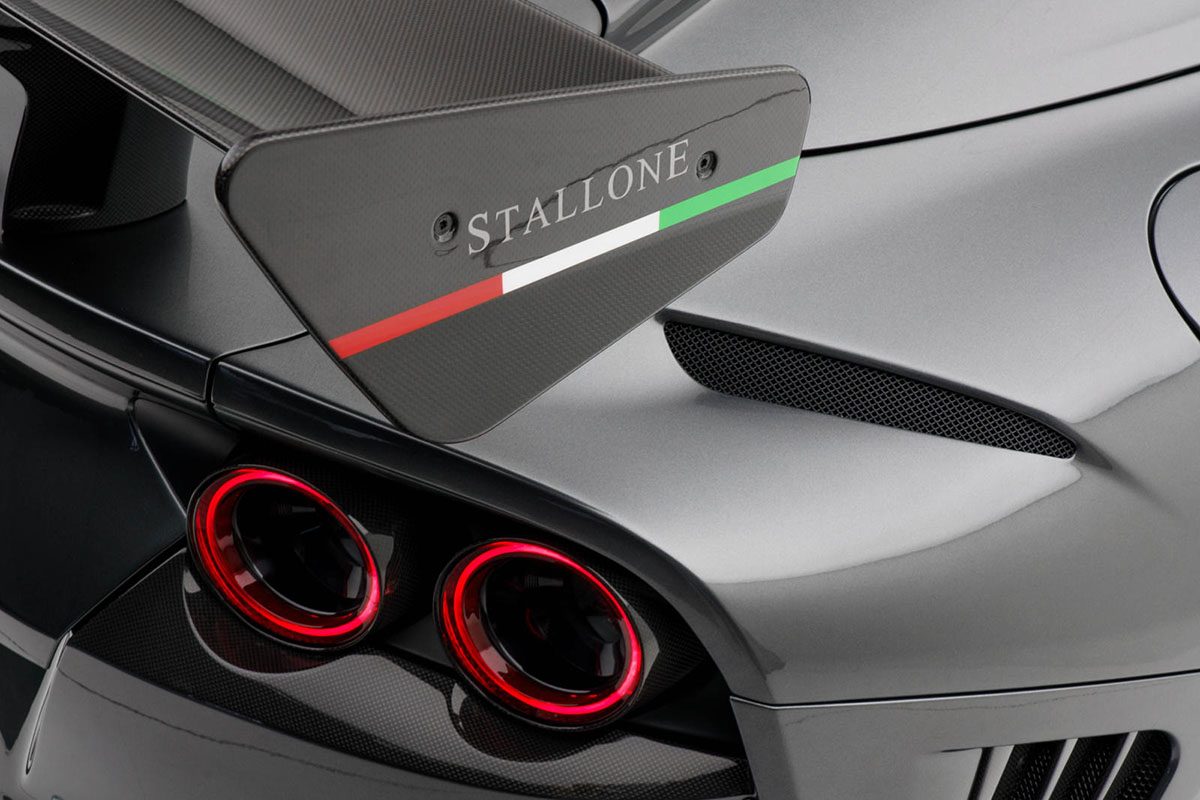 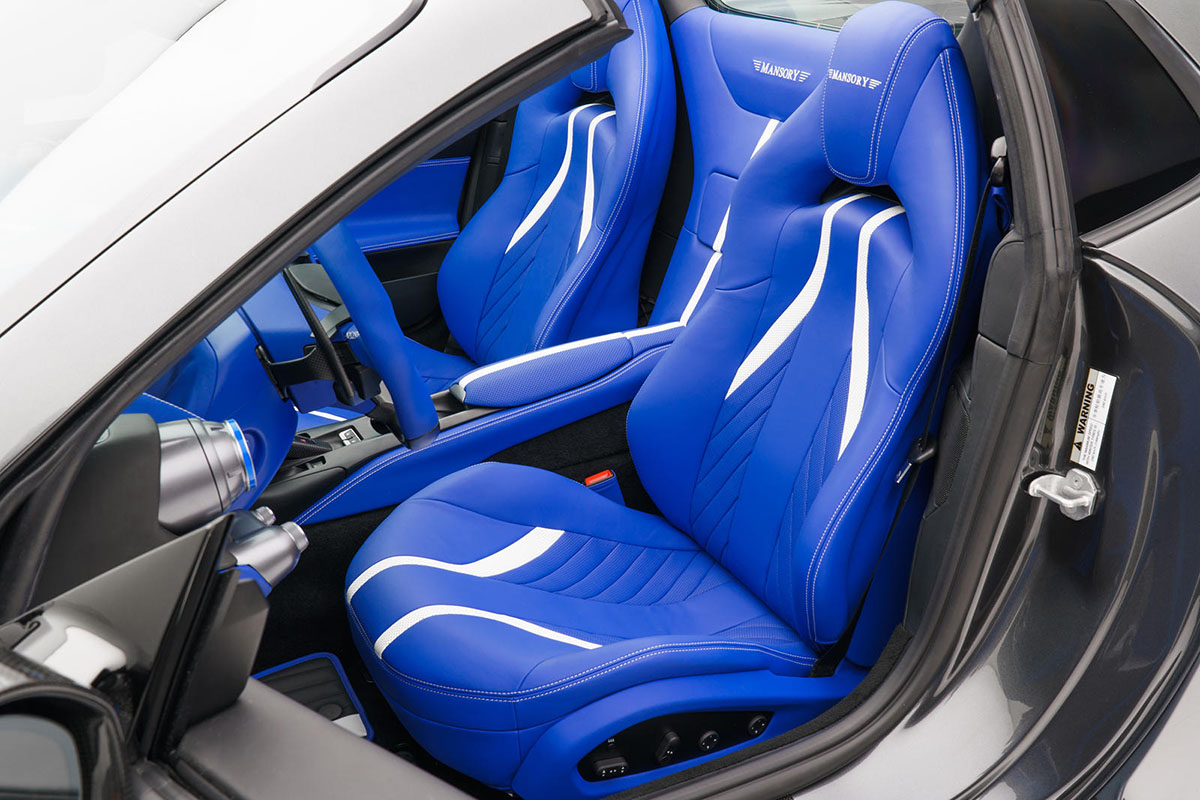 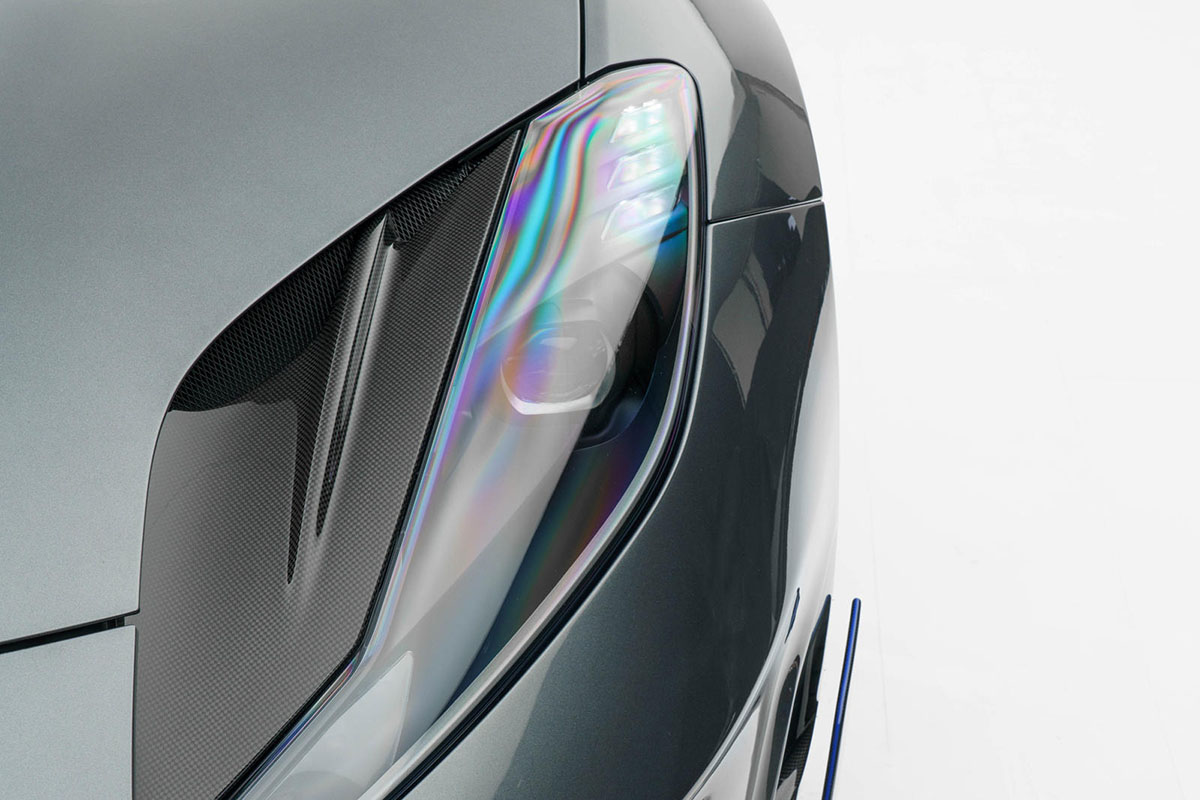 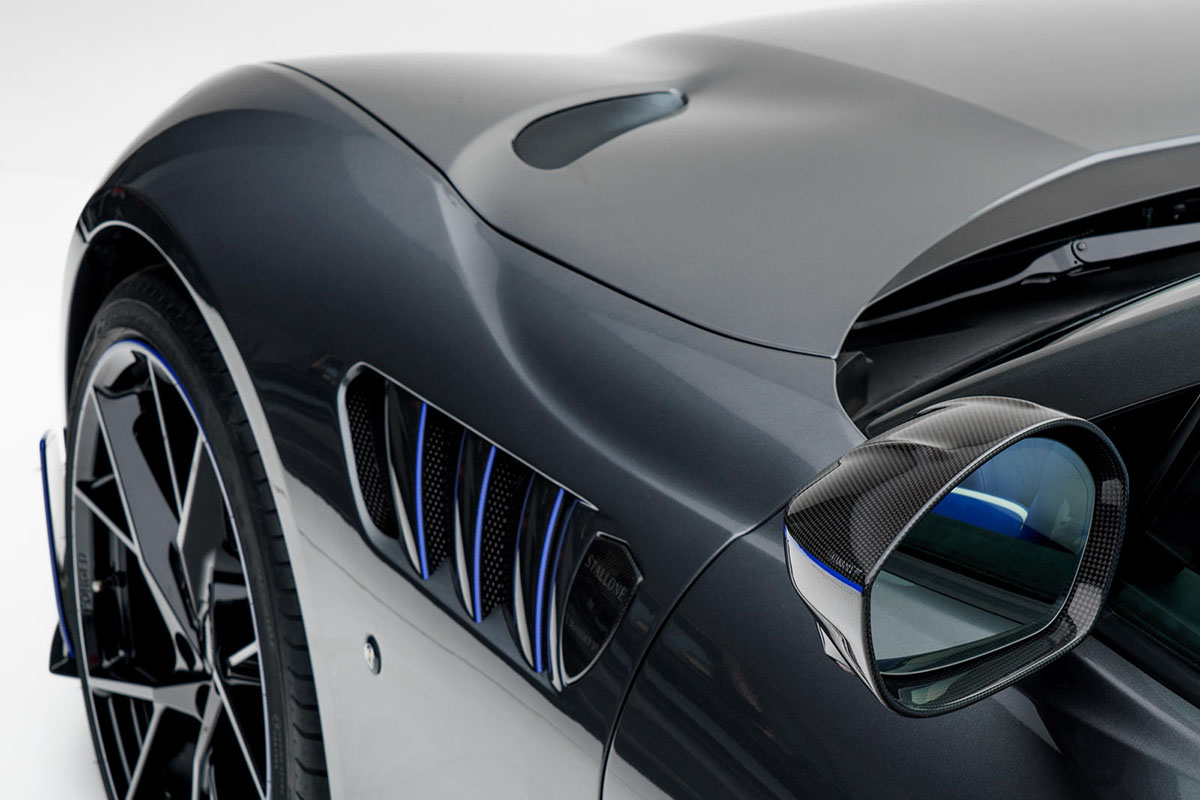 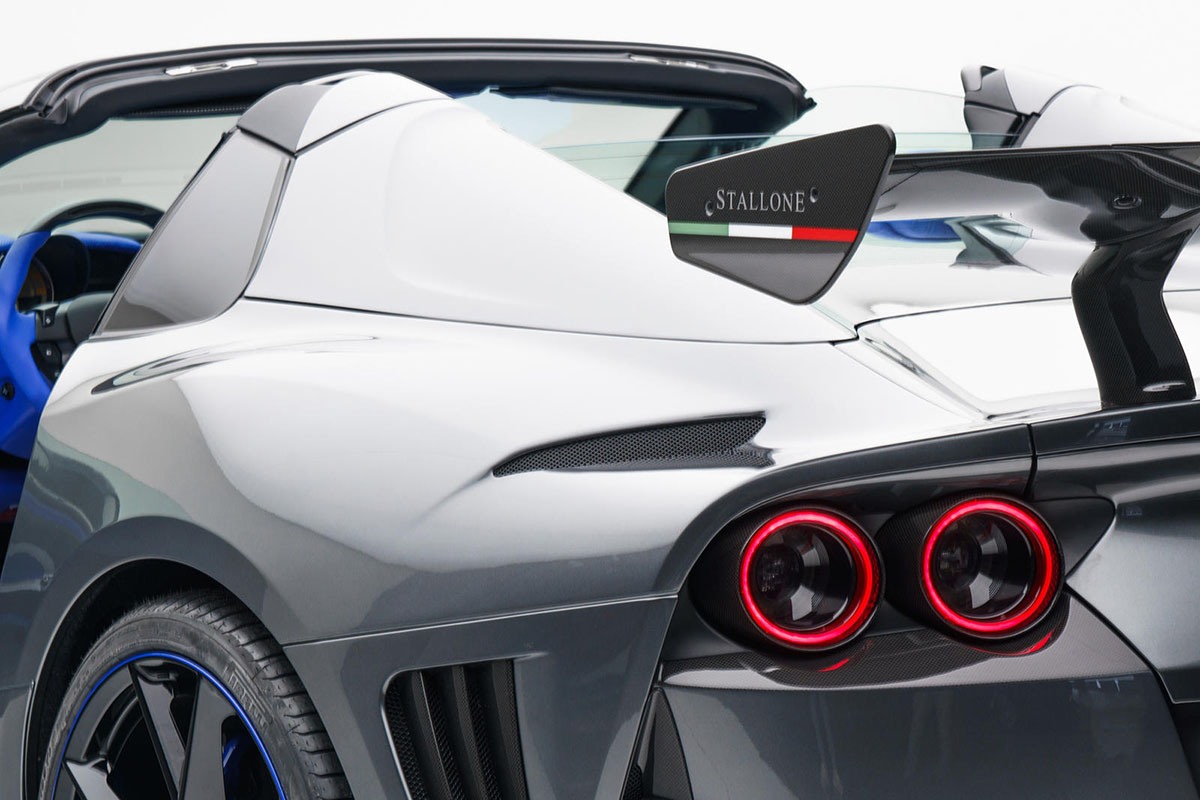 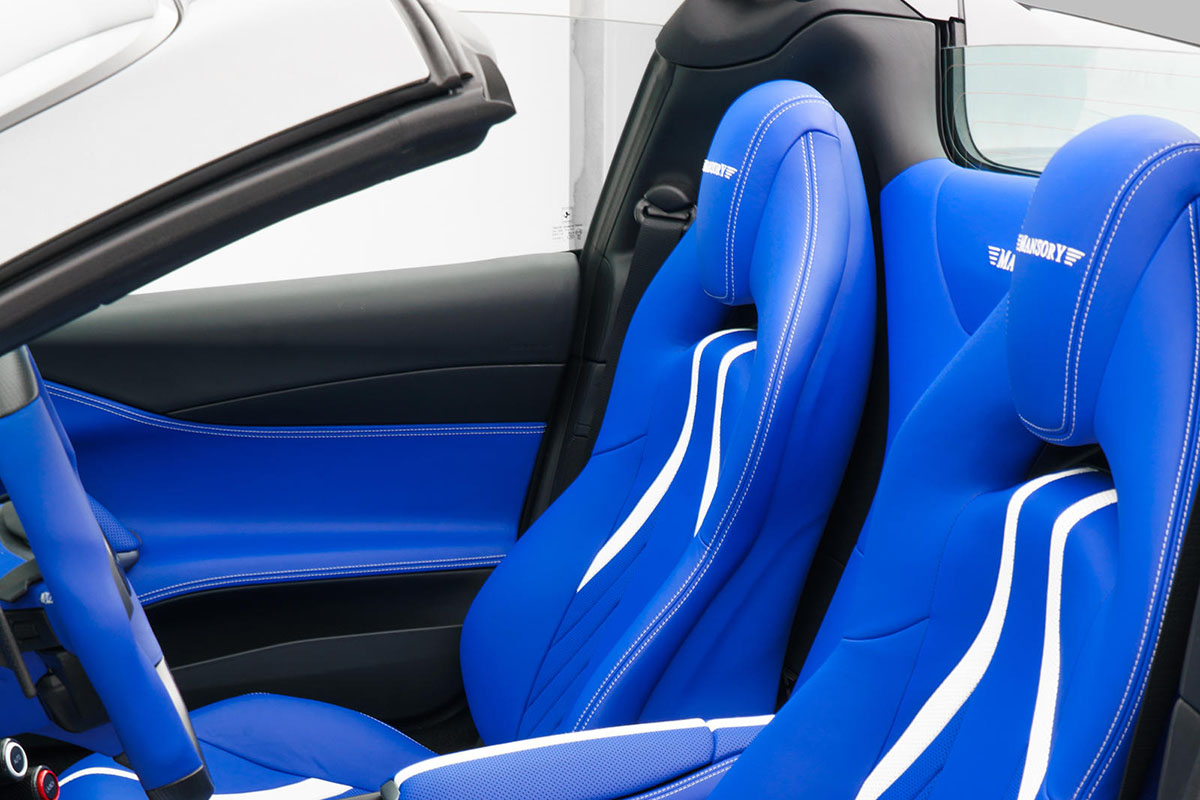 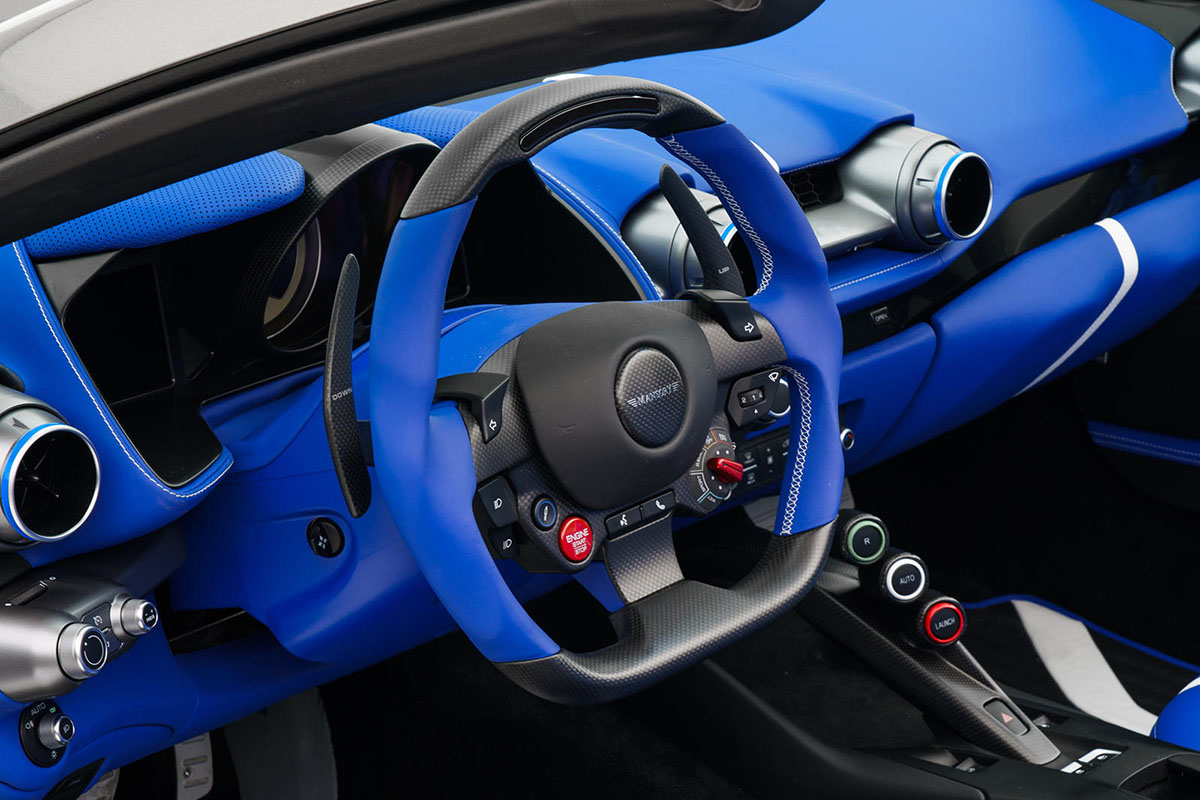 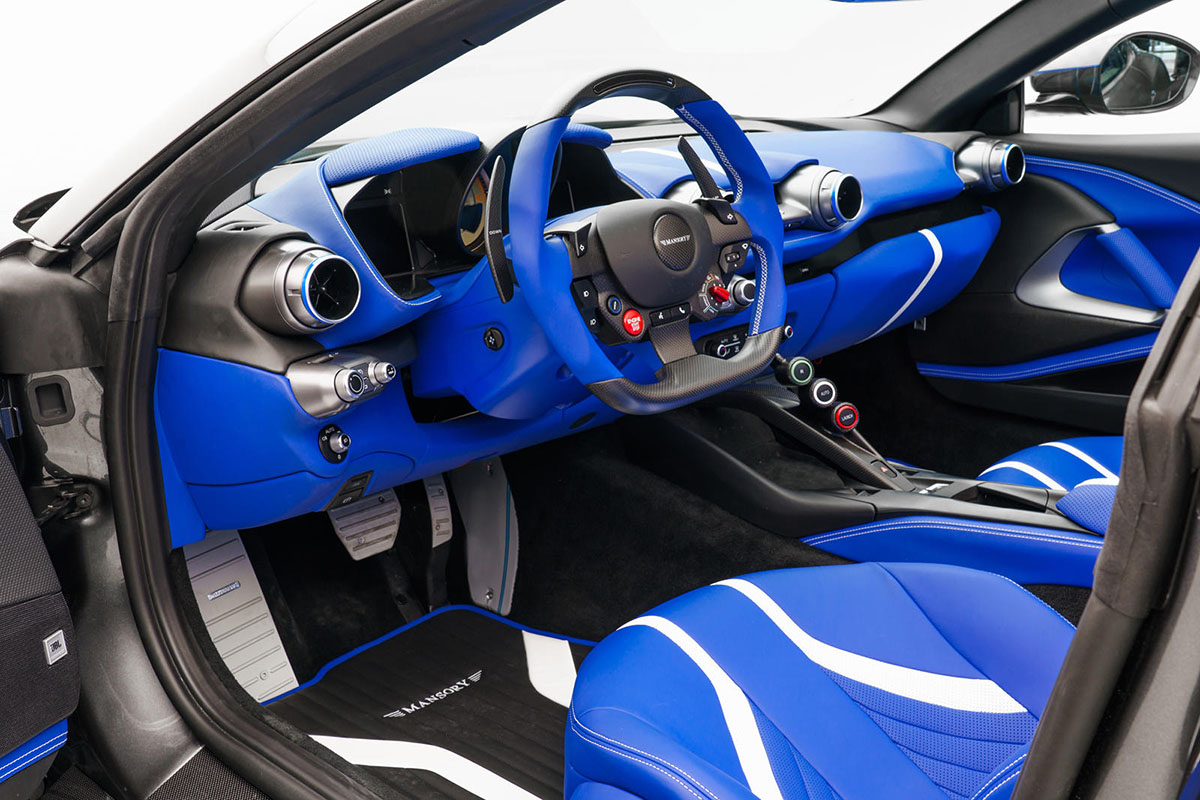 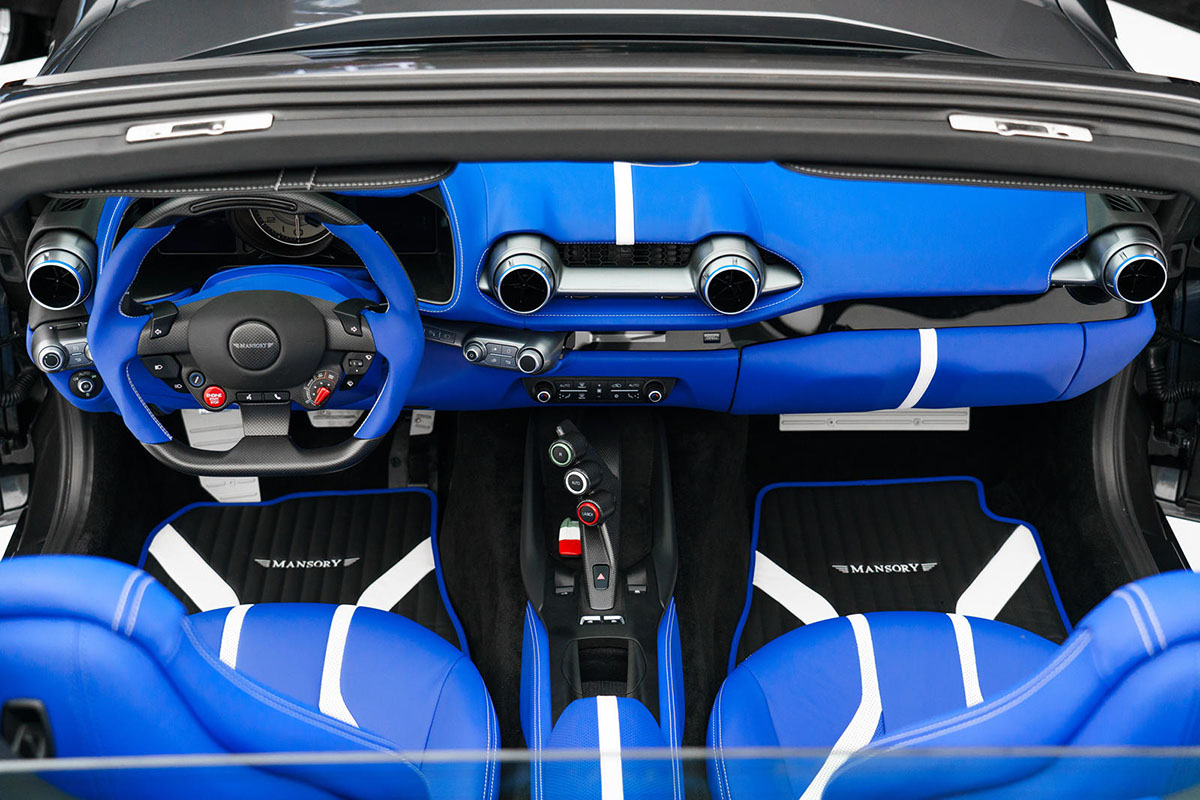 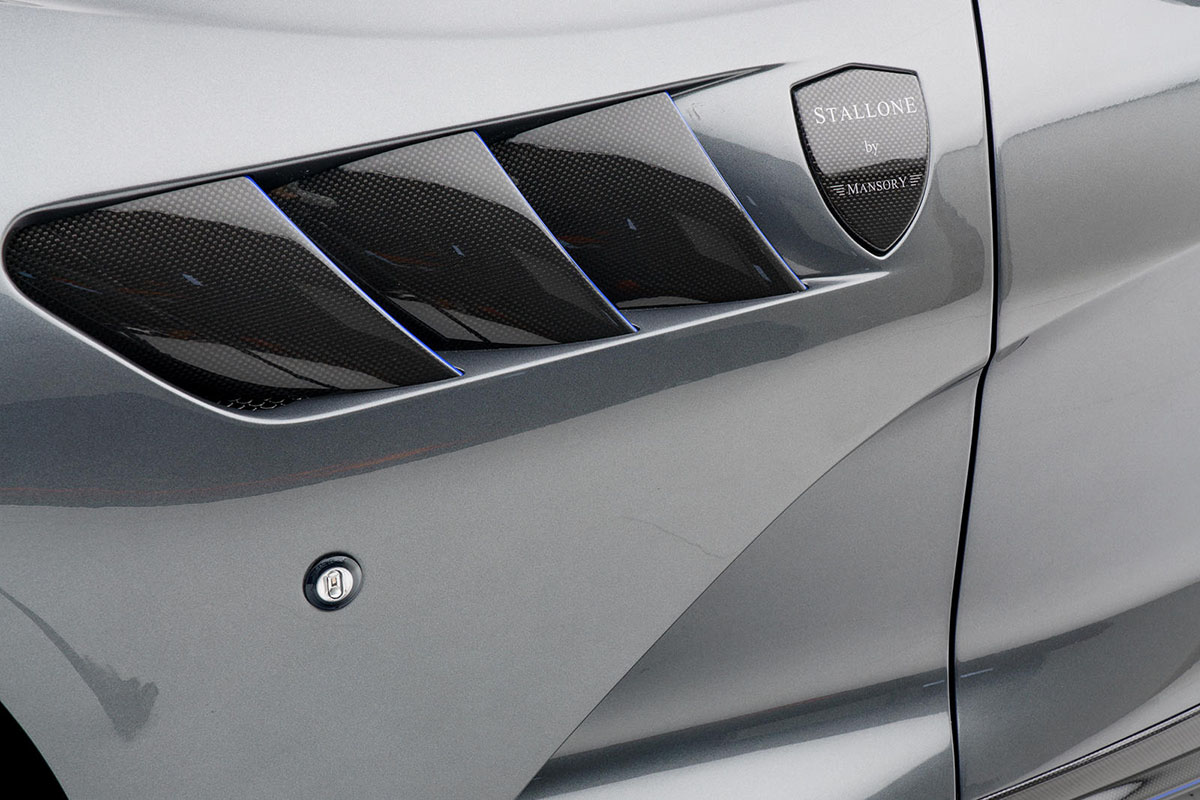 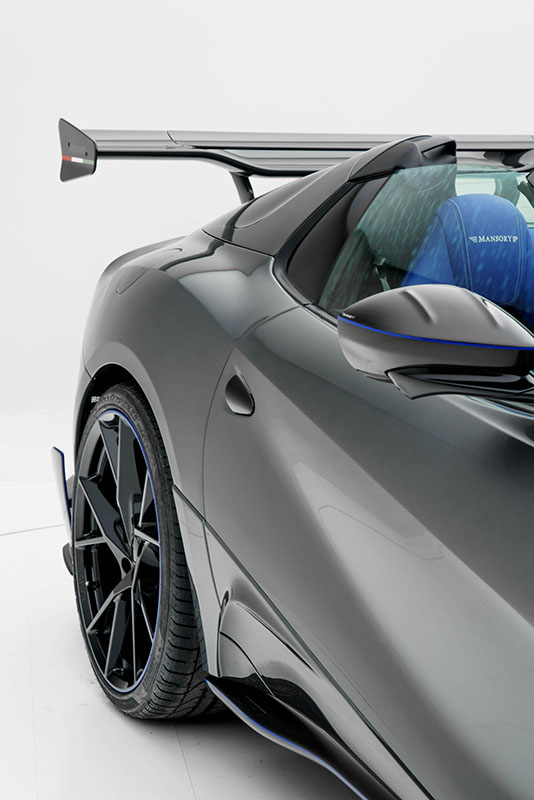 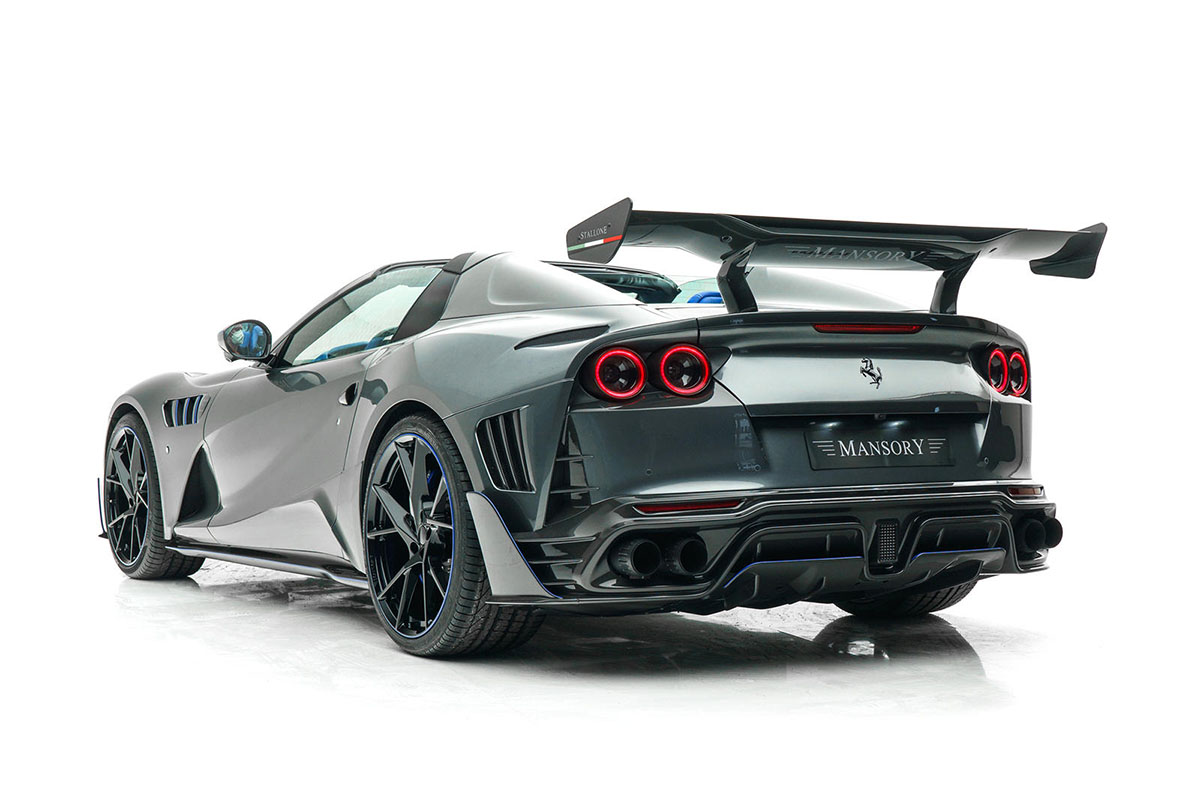 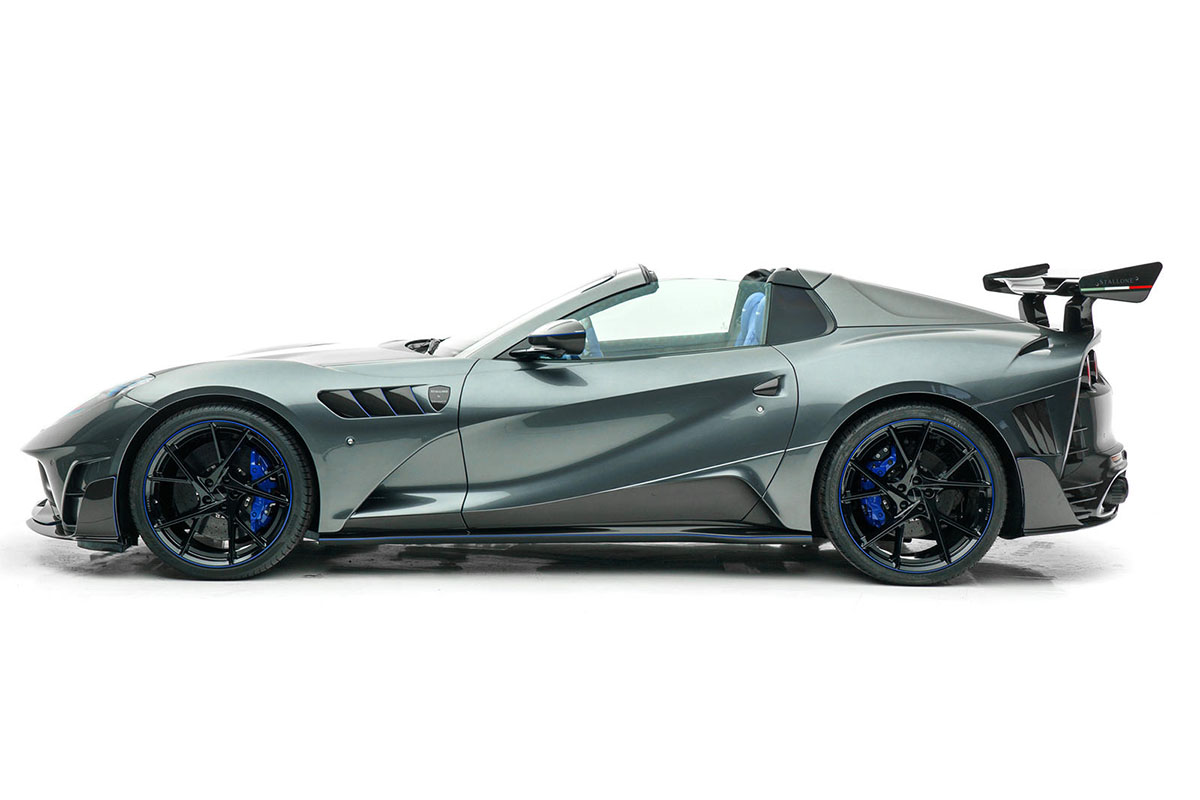 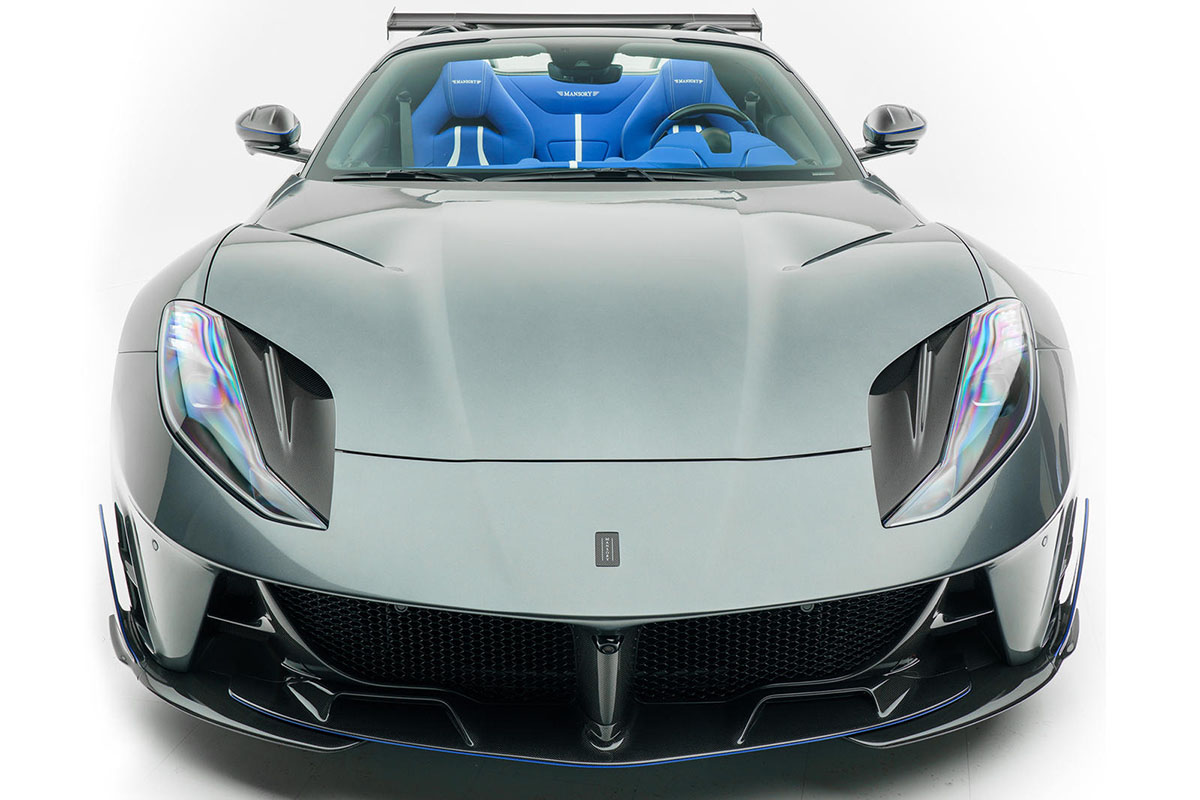 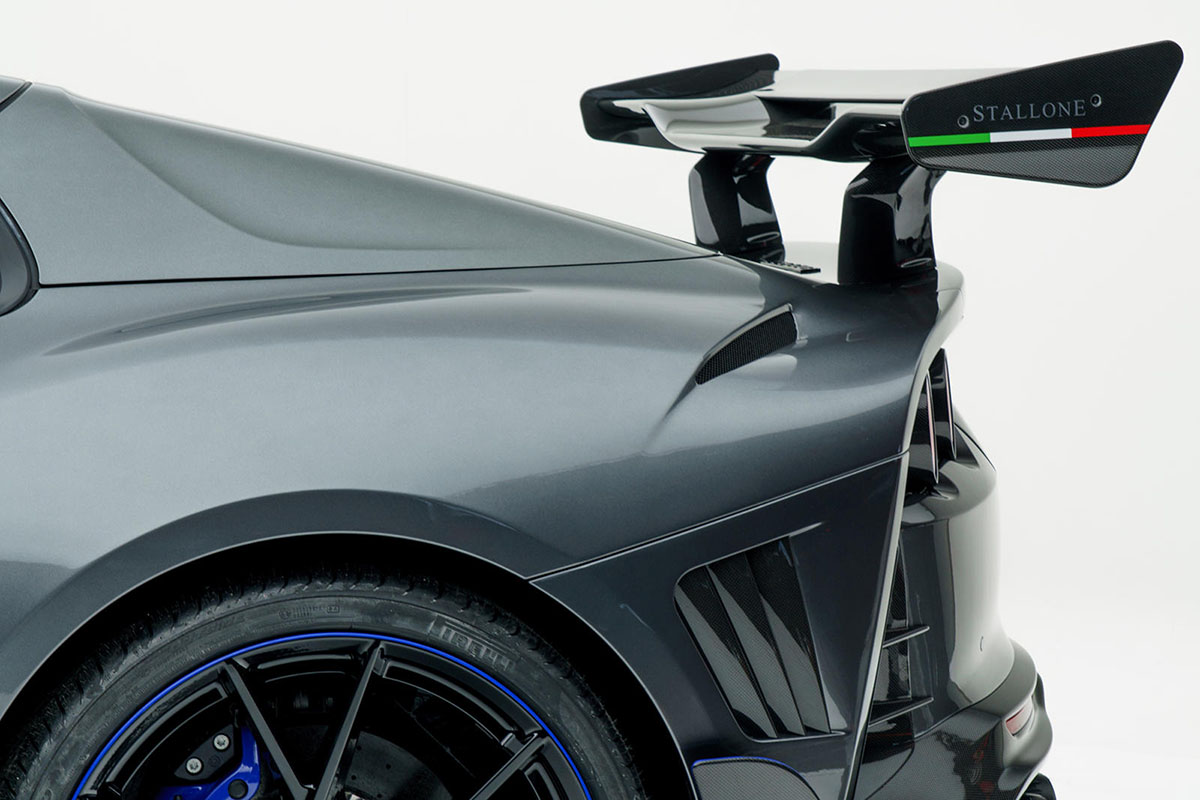 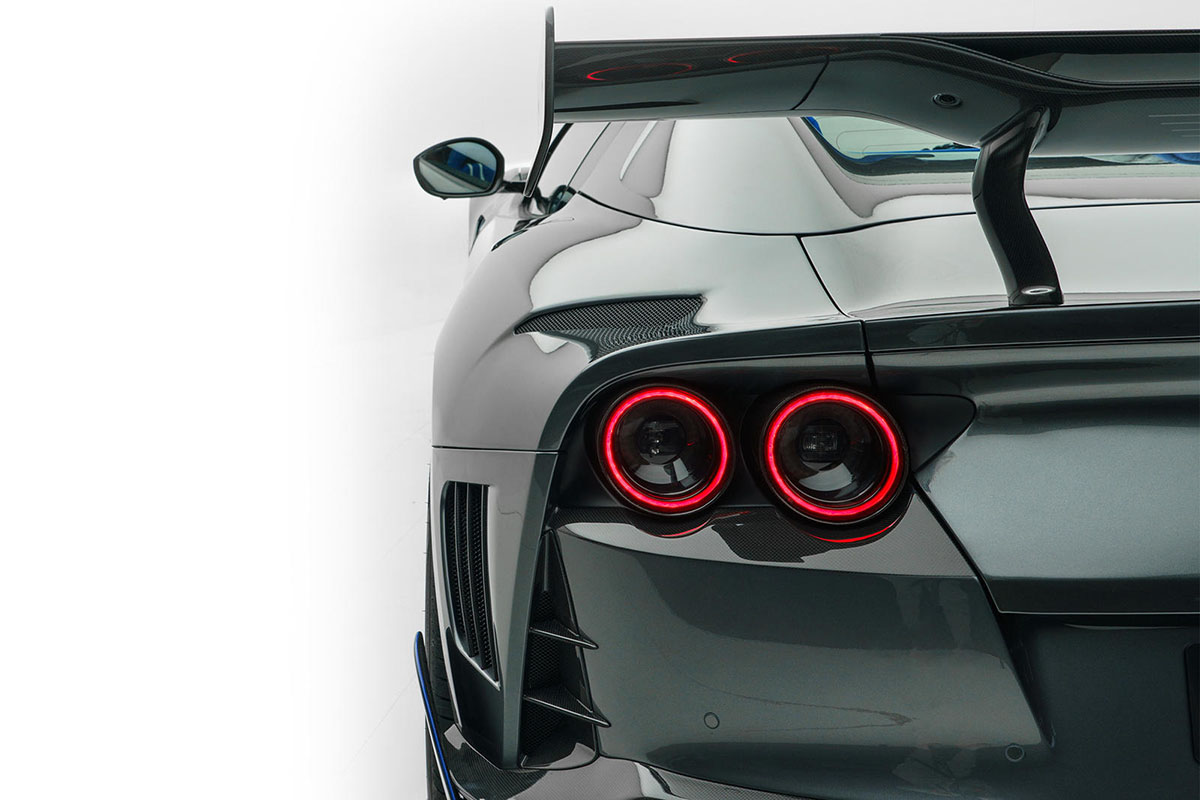 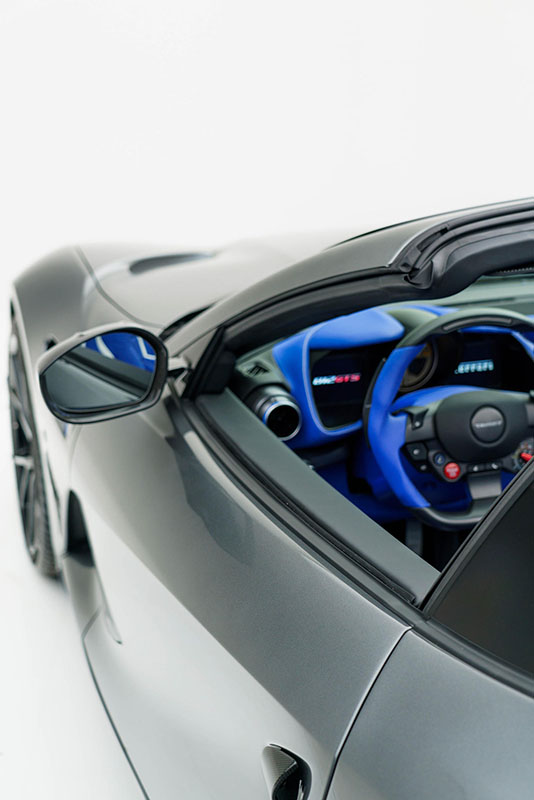 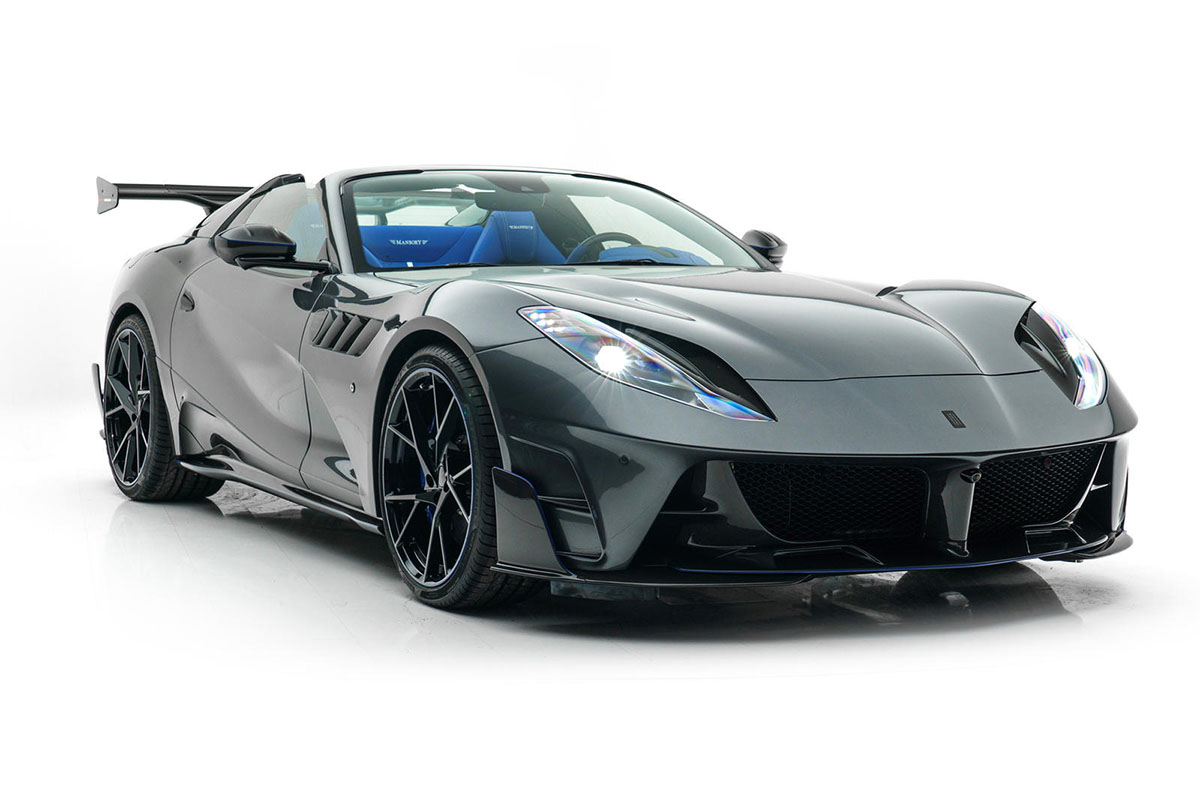