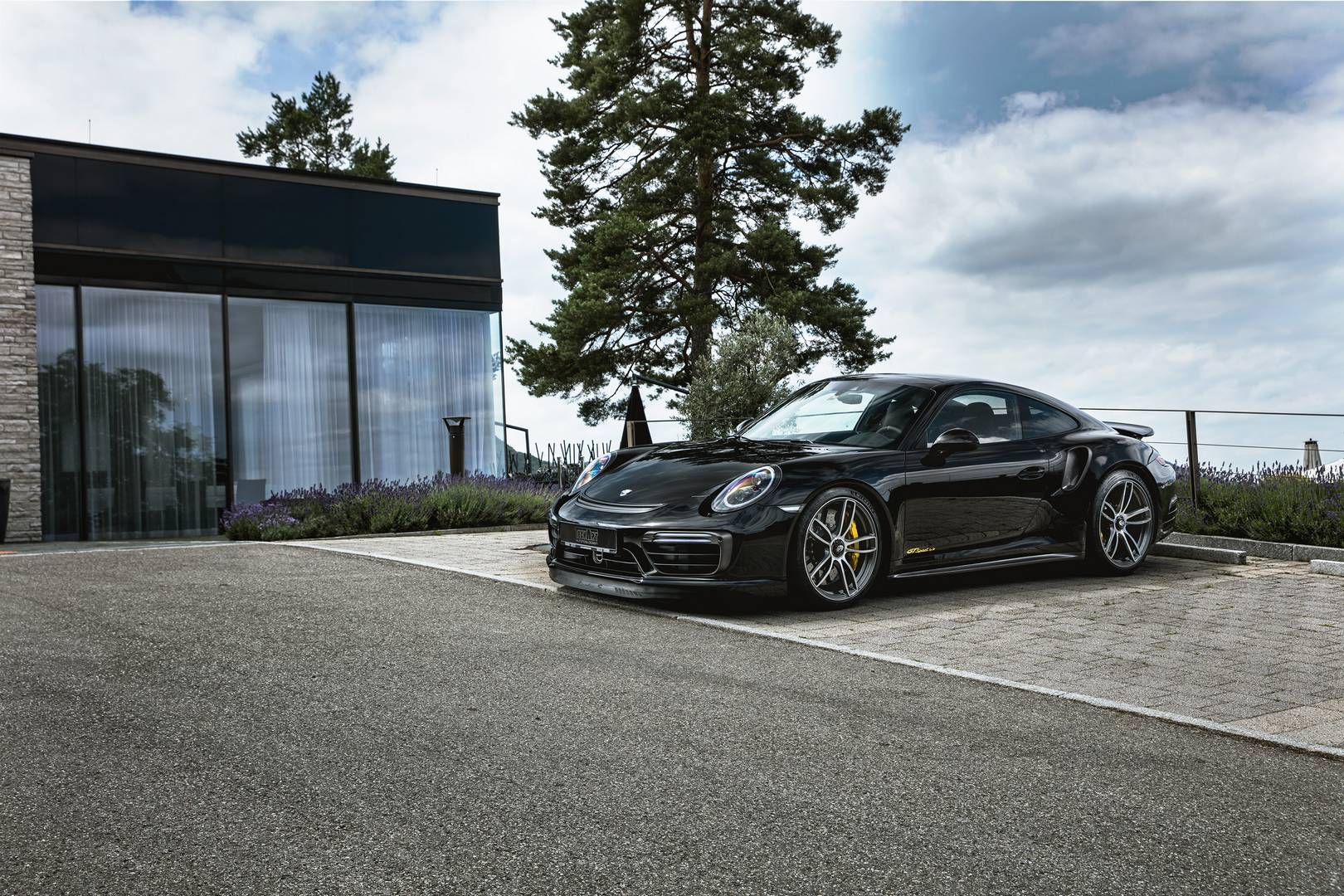 Techart GTSport based on Porsche 911 Turbo S – 30 Units Only

Based on the latest generation Porsche 911 Turbo S, a special edition of Techat GTSport has been released. But only 30 will be made with a wide range of aerodynamics, performance and many cosmetic changes.

What comes under the exterior package is the side air intake trims, new front grilles, a ram-air scoop, and a new air outlet grille. A new roof spoiler, rear apron louvers, and a diffuser have are an add-on to the exterior package. The complete list of given parts is made from carbon fibre given a glossy finish.

A separate power kit has been added that enhance the power by 60hp. The 911 Turbo S, with this power enhancement, gives 640hp of power instead of 580hp. The engine tweaks also made this car to take a spring of 100kmph in just 2.7 seconds. It has also become capable to take the maximum speed of 338kmph.

With four titanium end tubes and carbon fiber covers, the Techart has also added a valve controlled exhaust system. The new spring set in 911 Turbo S lowers its ground clearance by 30mm which is added with the Formula IV Race Bi-Color forged rims. But this combination really looks impressive.

All the modified Porsche models have been offered the custom interior. The new Techart sport steering wheel along with some other small changes including coloured switches and gear selectors have been given under the modifications. As per the details, this car is given a price tag of 29,991Euros in Germany. 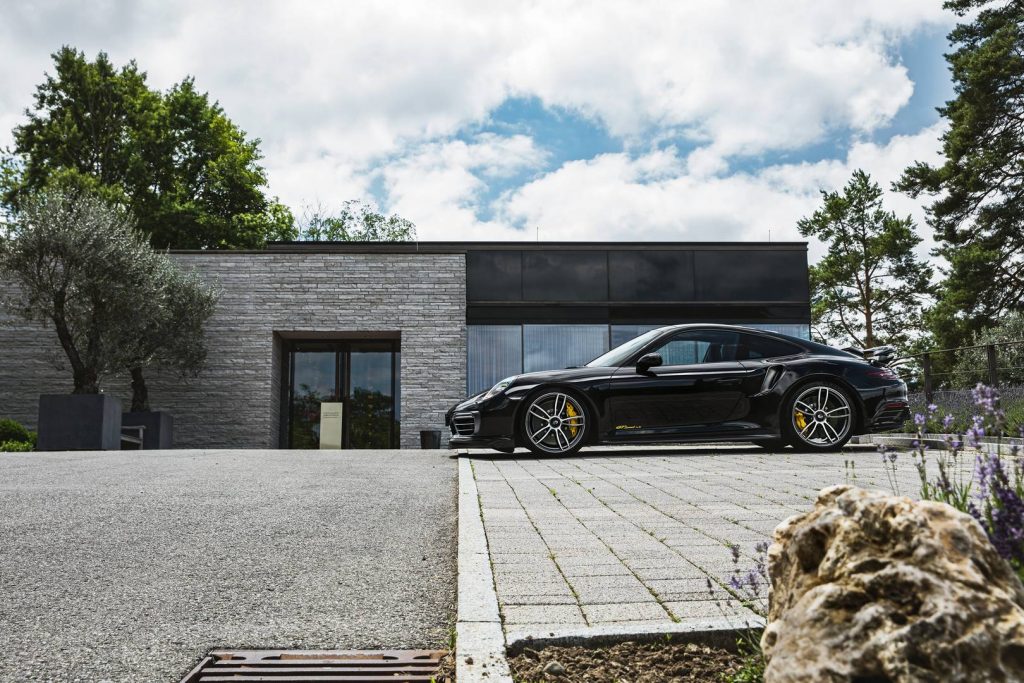 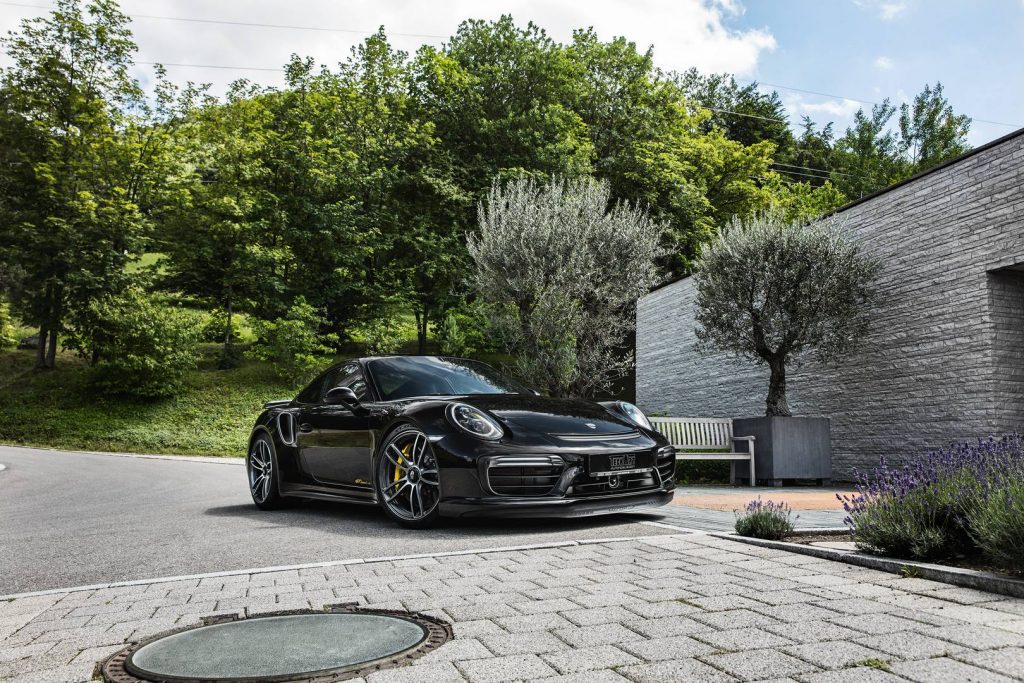 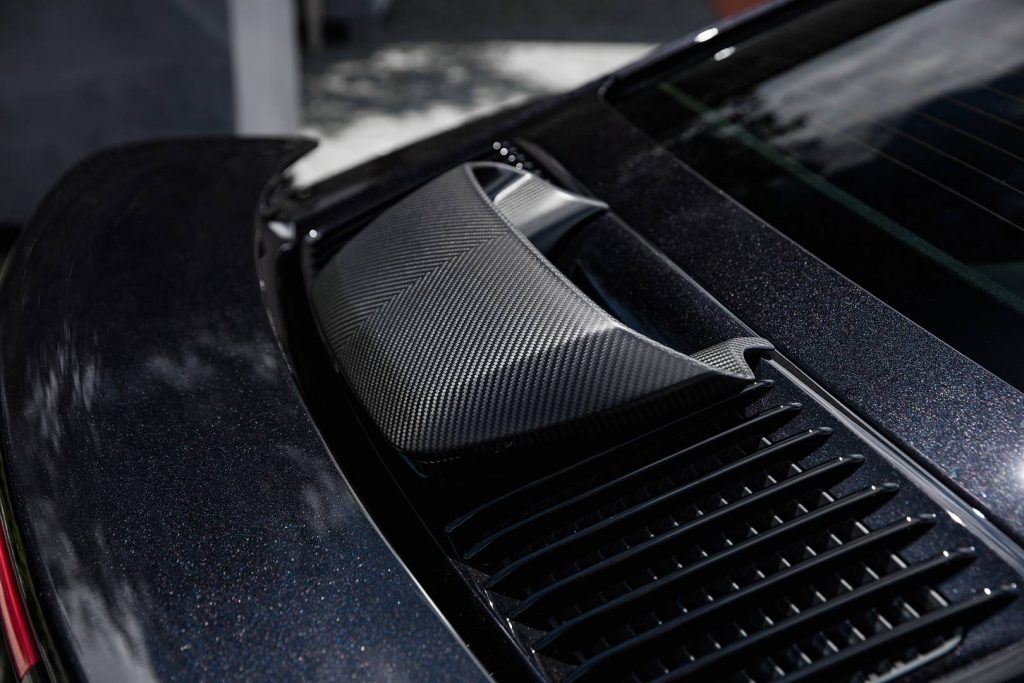 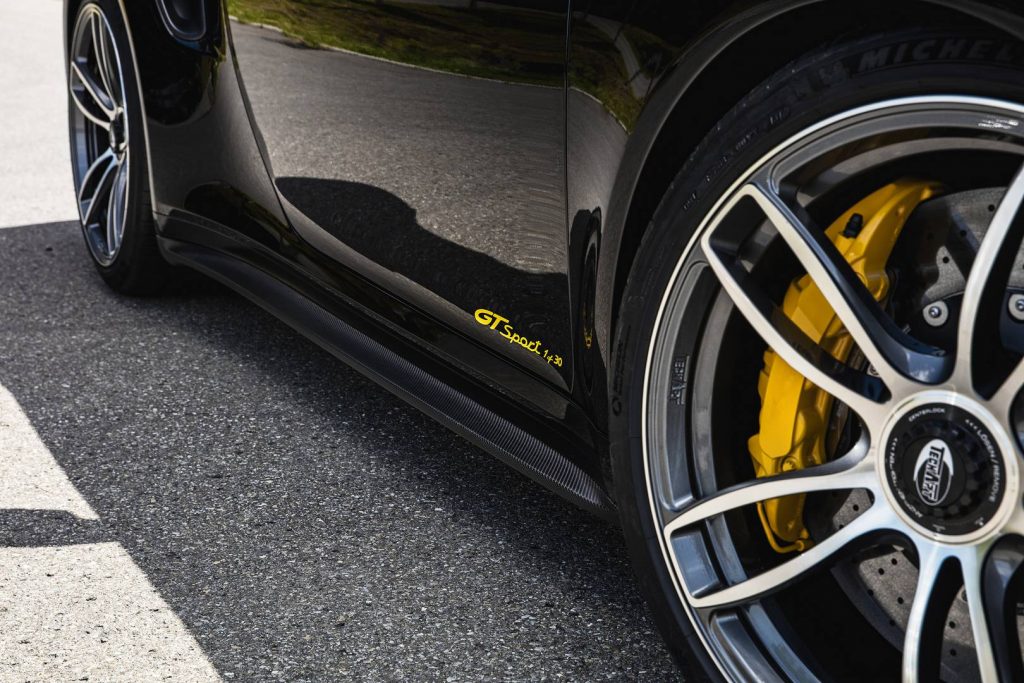 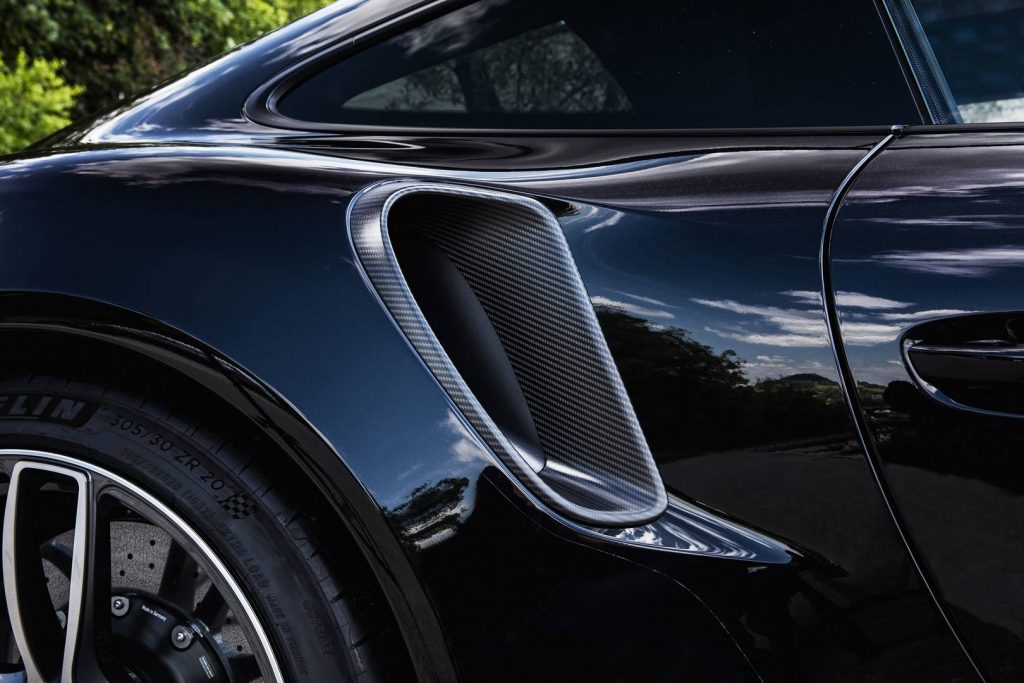 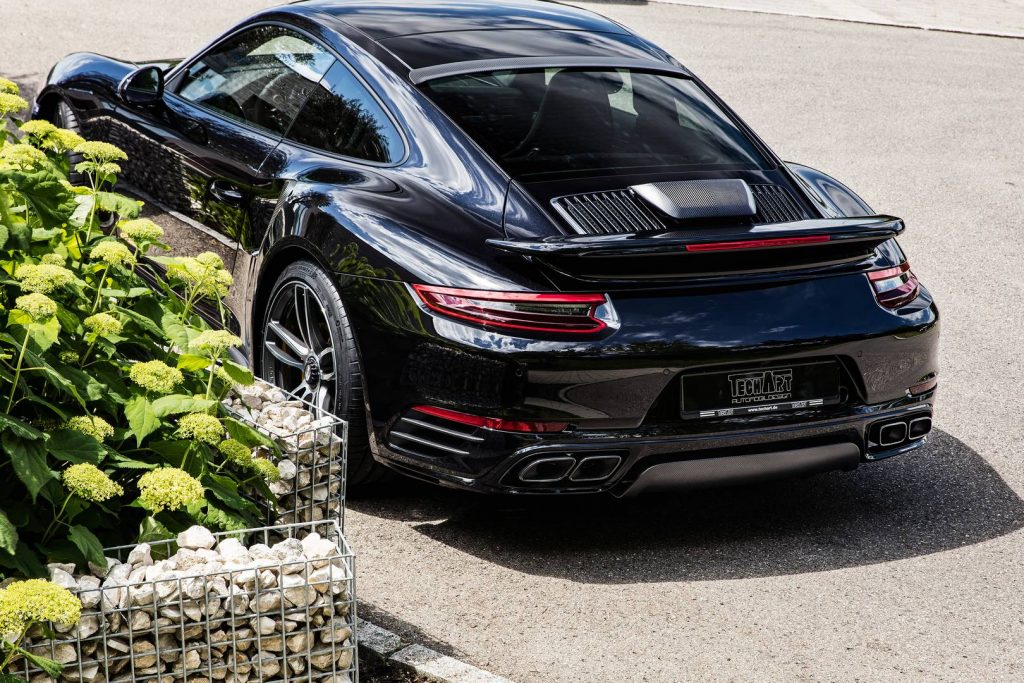 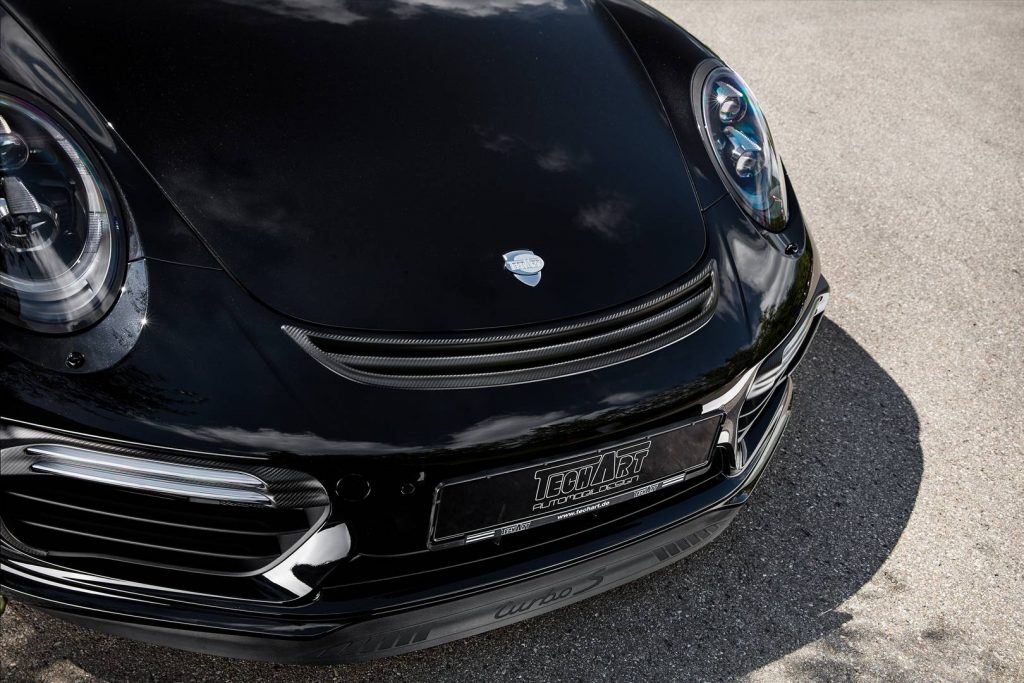 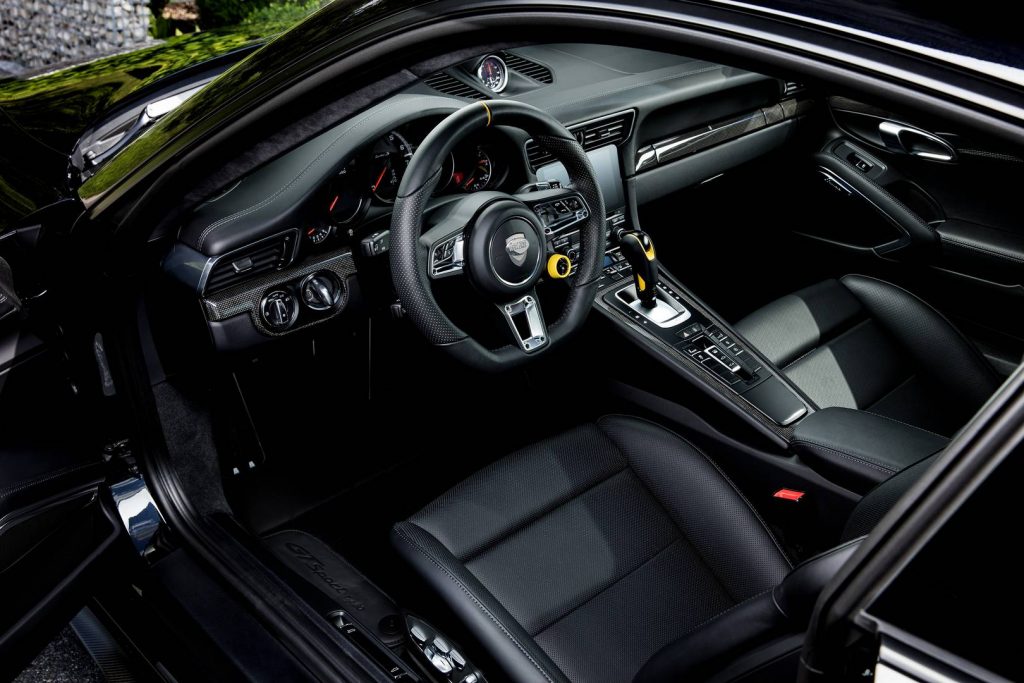