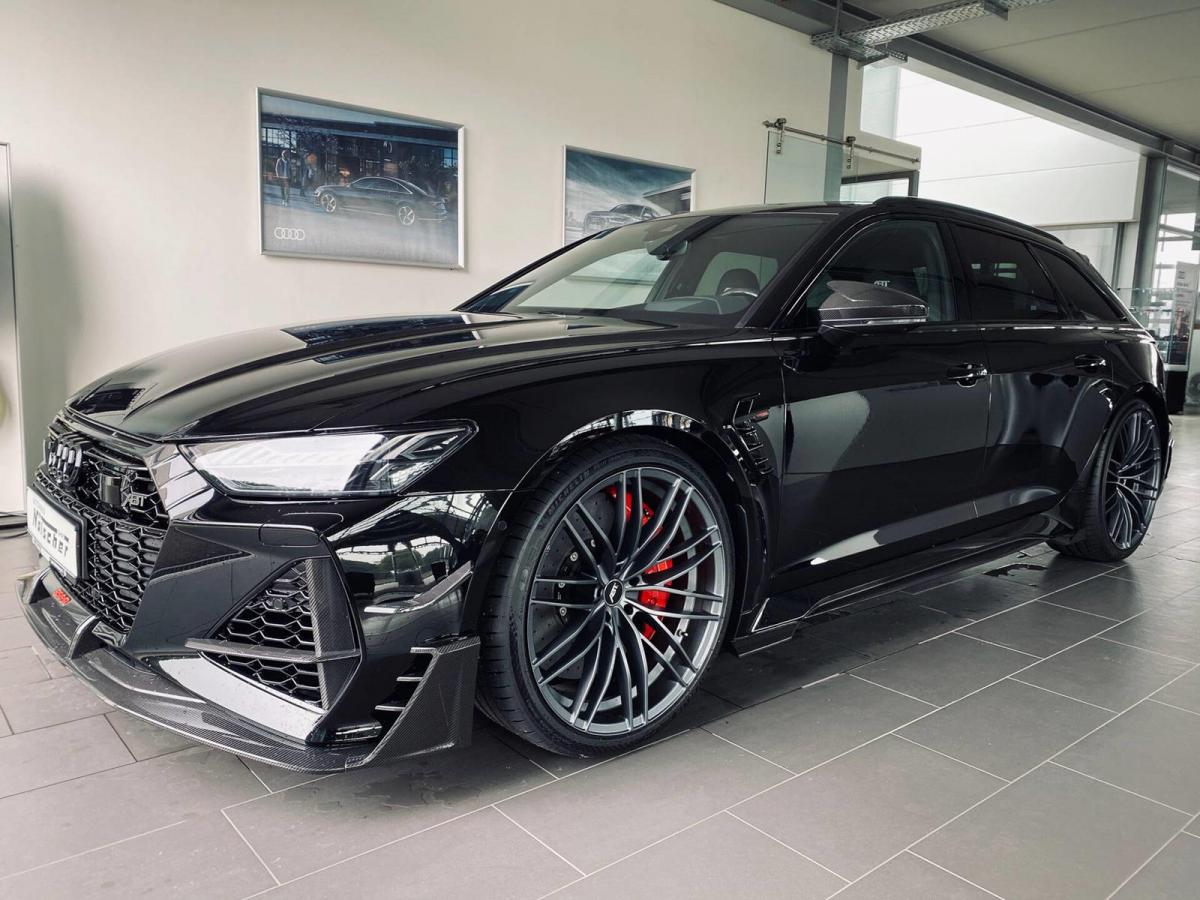 For the first time in its model history, the Audi RS6 Avant has finally gone on sale in the US.

As you've probably guessed by now, this Audi RS6 Avant isn't stock. Far from it. Unsurprisingly, it didn't take long for Audi's new performance wagon to attract the attention of aftermarket tuners.

What you're looking at is the aptly named Audit RS6-R tuned by ABT Sportsline. Only 125 examples are being produced, and now one of them is up for sale directly from ABT with a mere three miles on the clock, so it's barely been driven.

Finished in Myth Black, the modified Audi RS6 Avant sports a number of carbon fiber components that make it look more menacing than the regular model, side skirts, a rear diffuser, including a new front lip, and a roof spoiler. The tuner's custom RS6 Avant rides on 22-inch ABT High-Performance HR wheels with red brake calipers and is fitted with sports Coilover suspension springs and sports anti-roll bars to sharpen the handling.

ABT badging also lets everyone know you're not driving a regular RS6 Avant. Inside, the interior comes with custom floor mats, entrance lights, and an Alcantara steering wheel.

In stock form, the Audi RS6 Avant's 4.0-liter twin-turbocharged V8 engine produces 592 horsepower and 590 lb-ft of torque, but ABT has increased the output to 730 hp and 679 lb-ft of torque.  This massive power bump enables the high-performance wagon to accelerate from 0-62 mph in 3.2 seconds, a 0.4-second improvement over the standard RS6 Avant and hit a top speed of 199 mph. 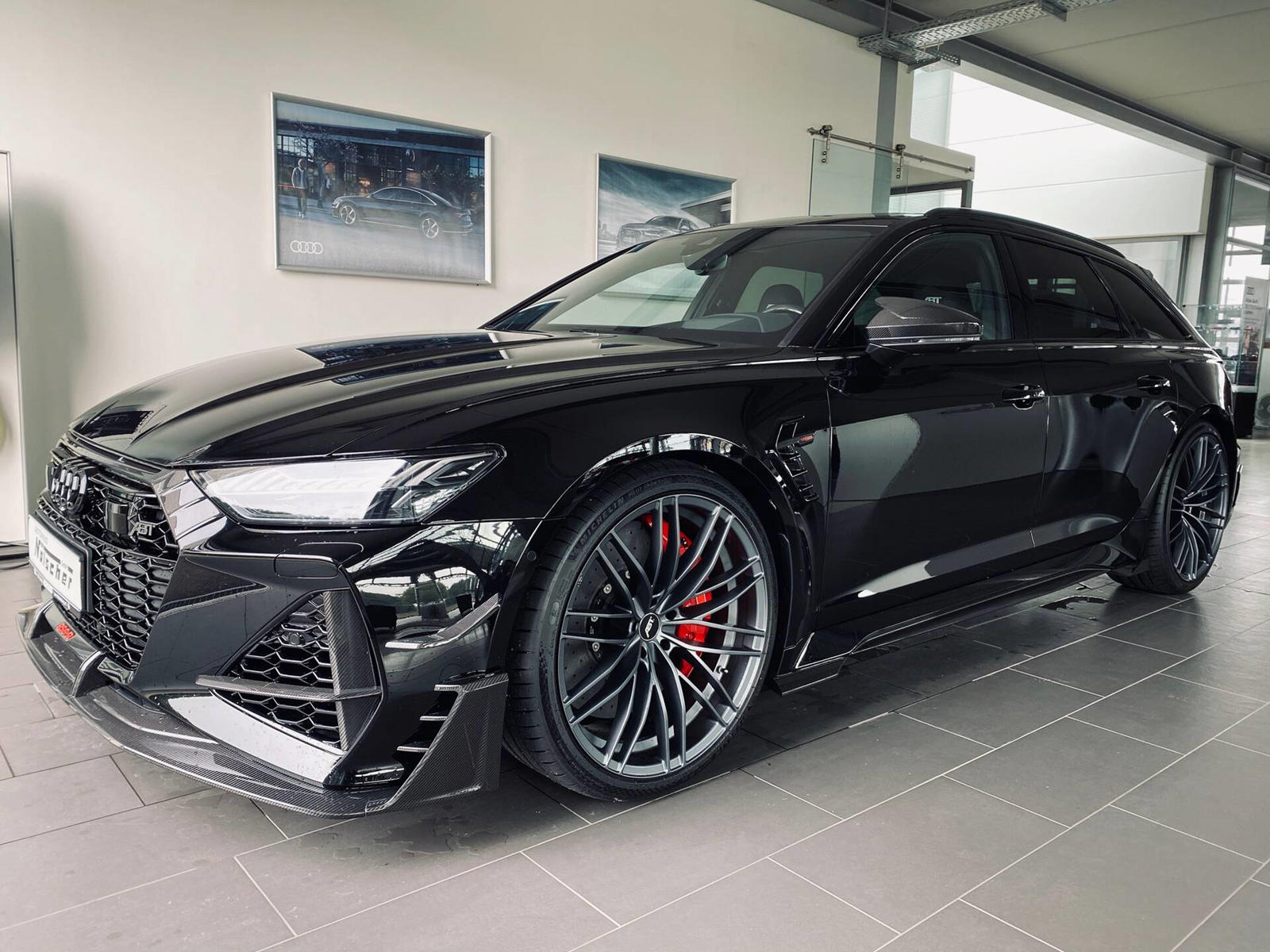 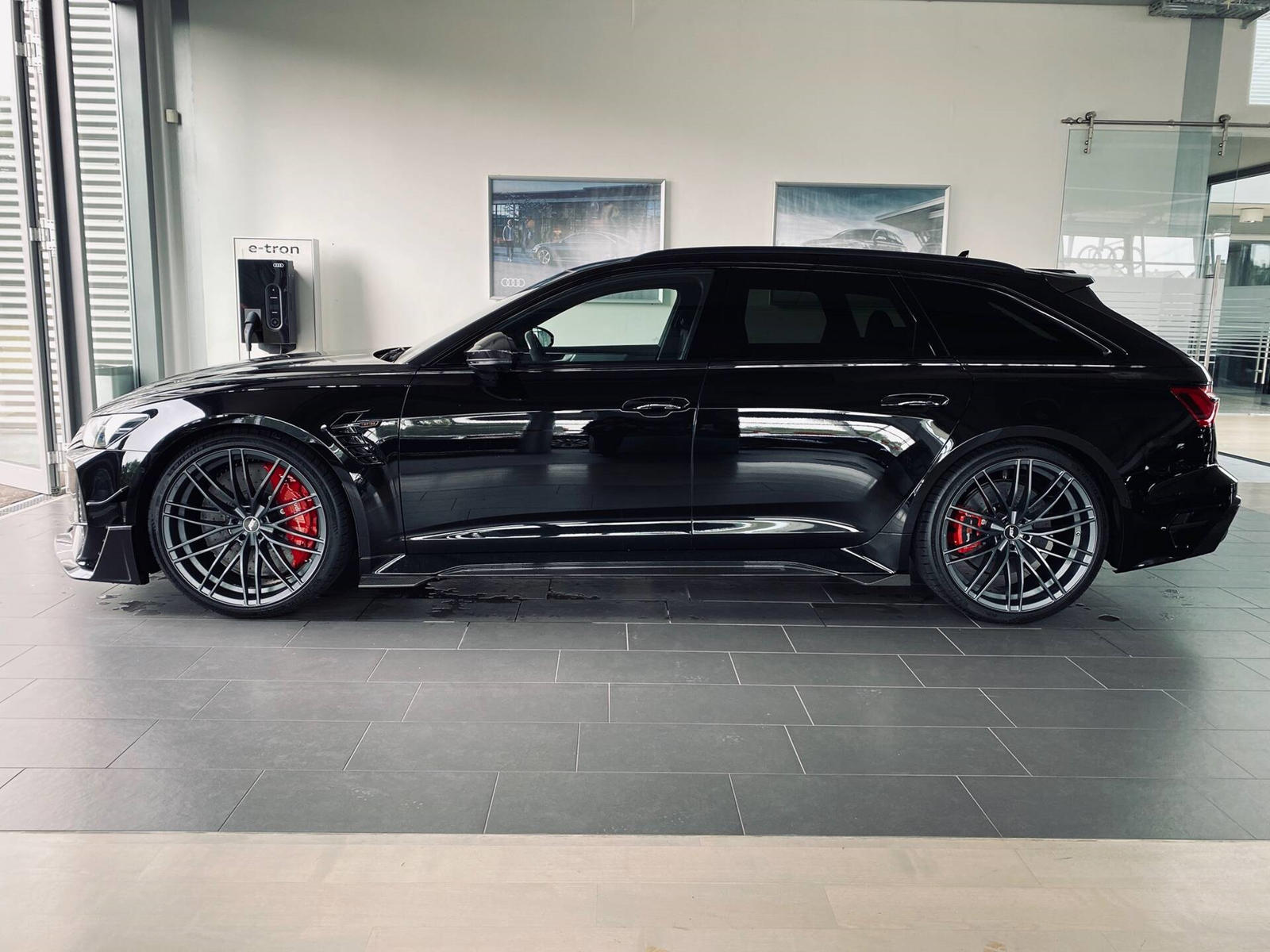 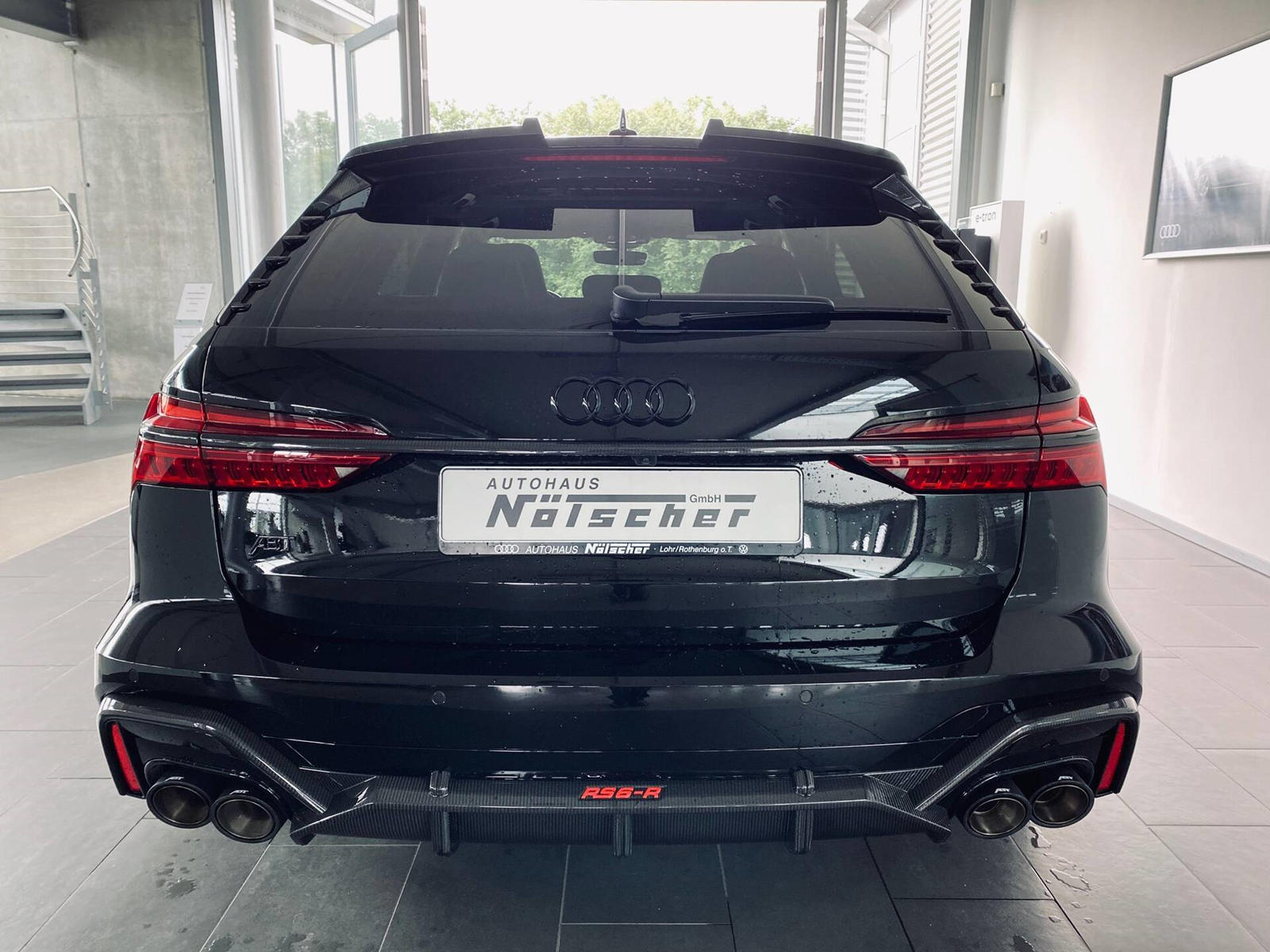 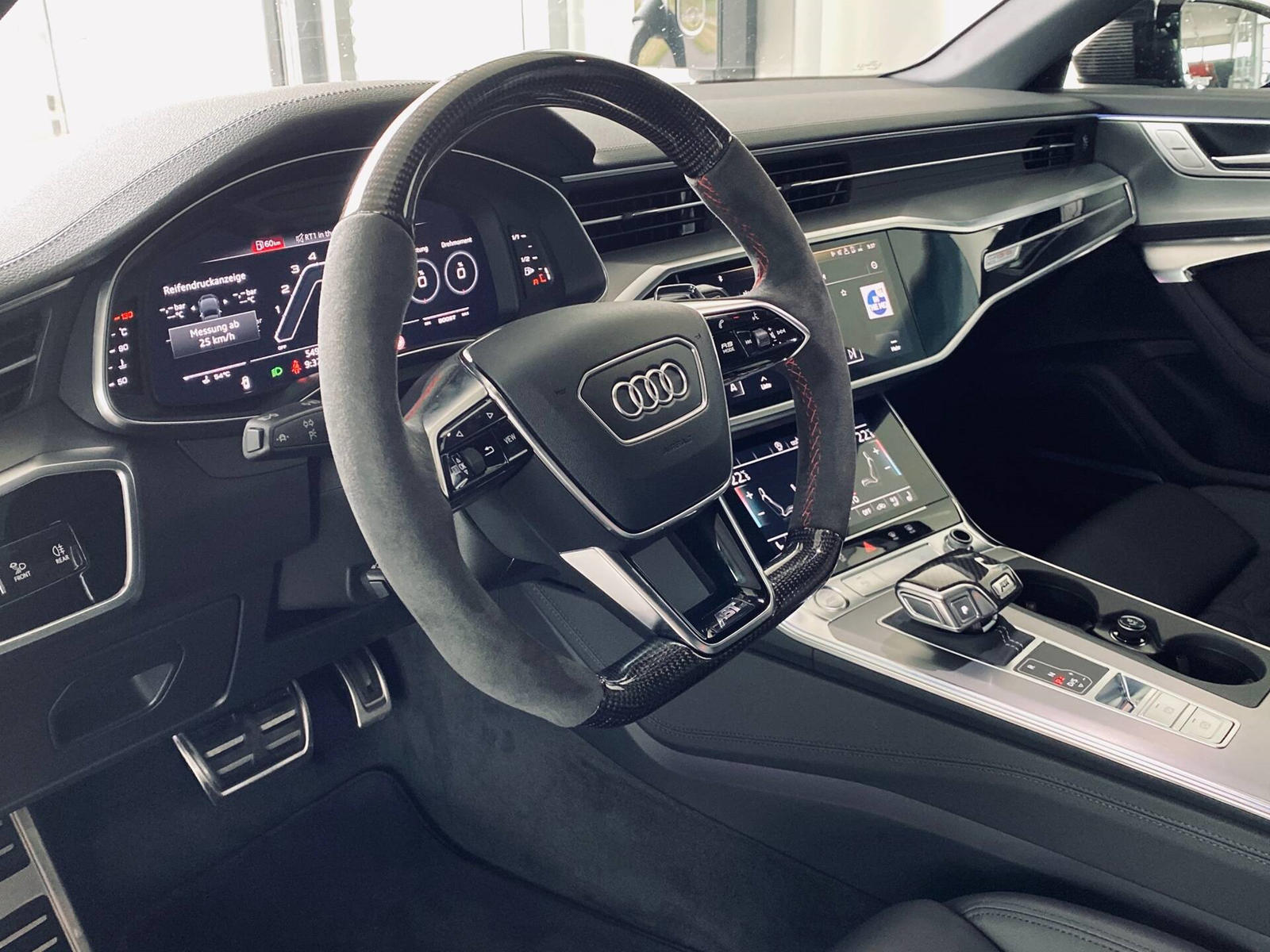 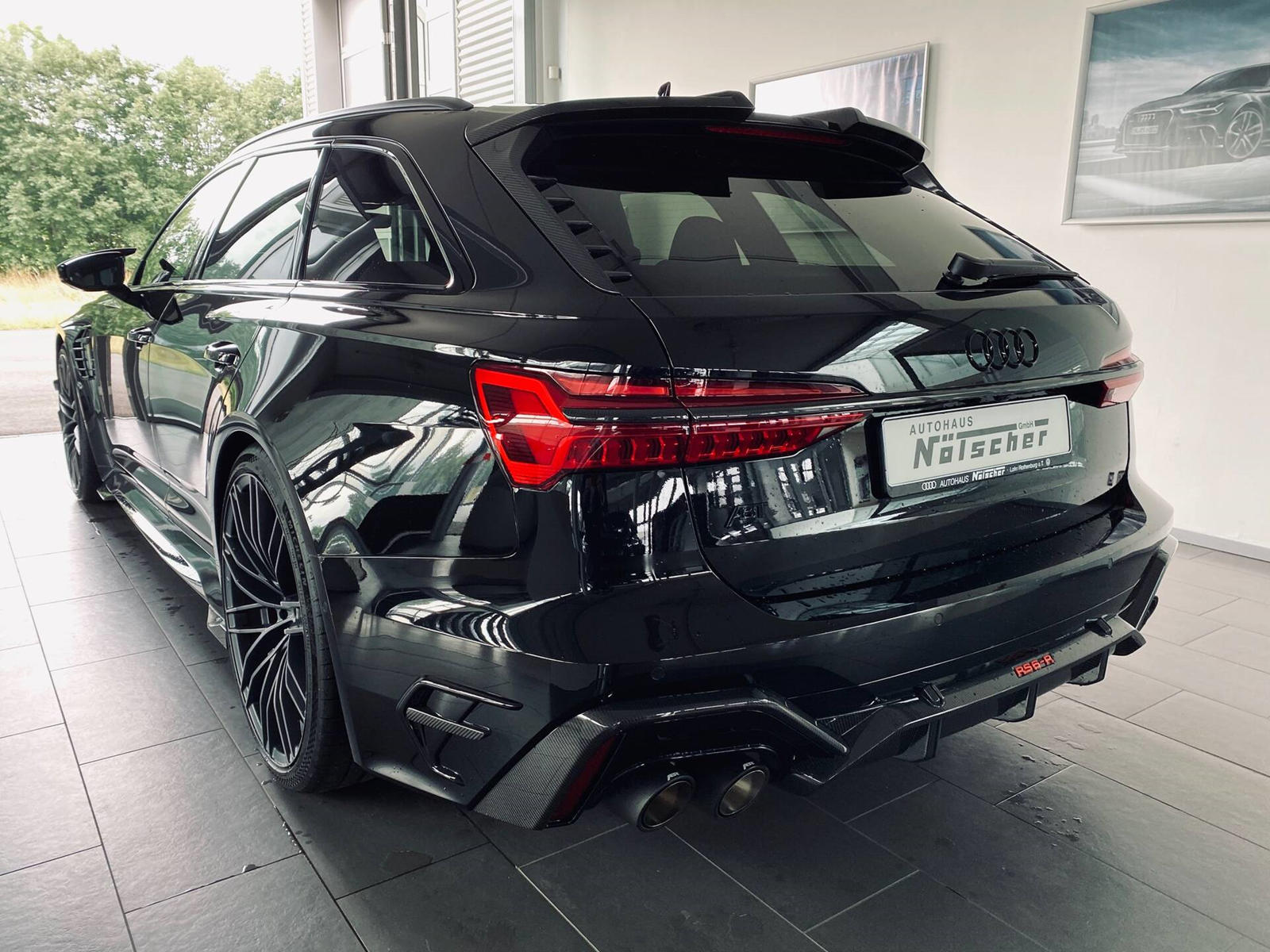 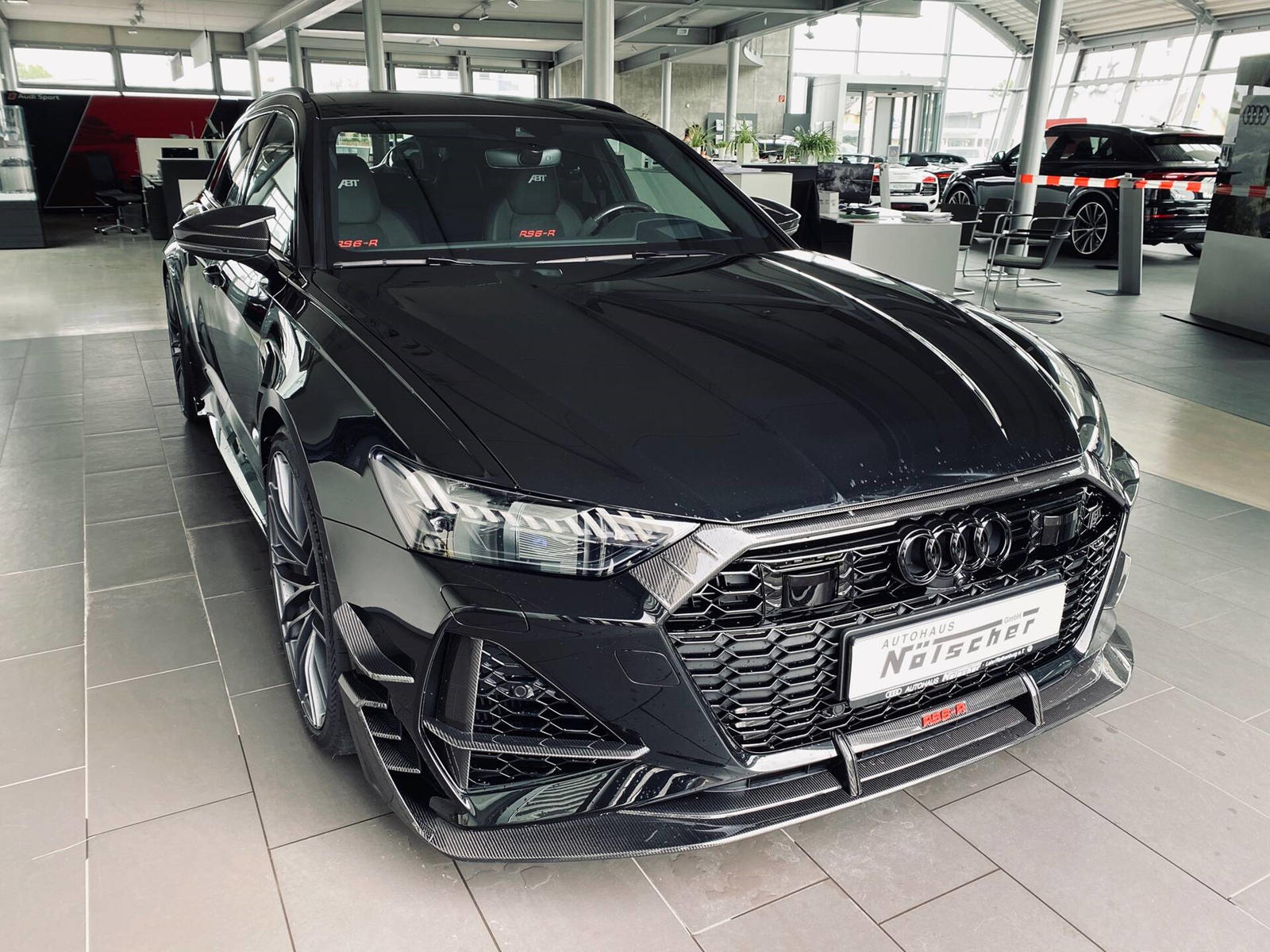 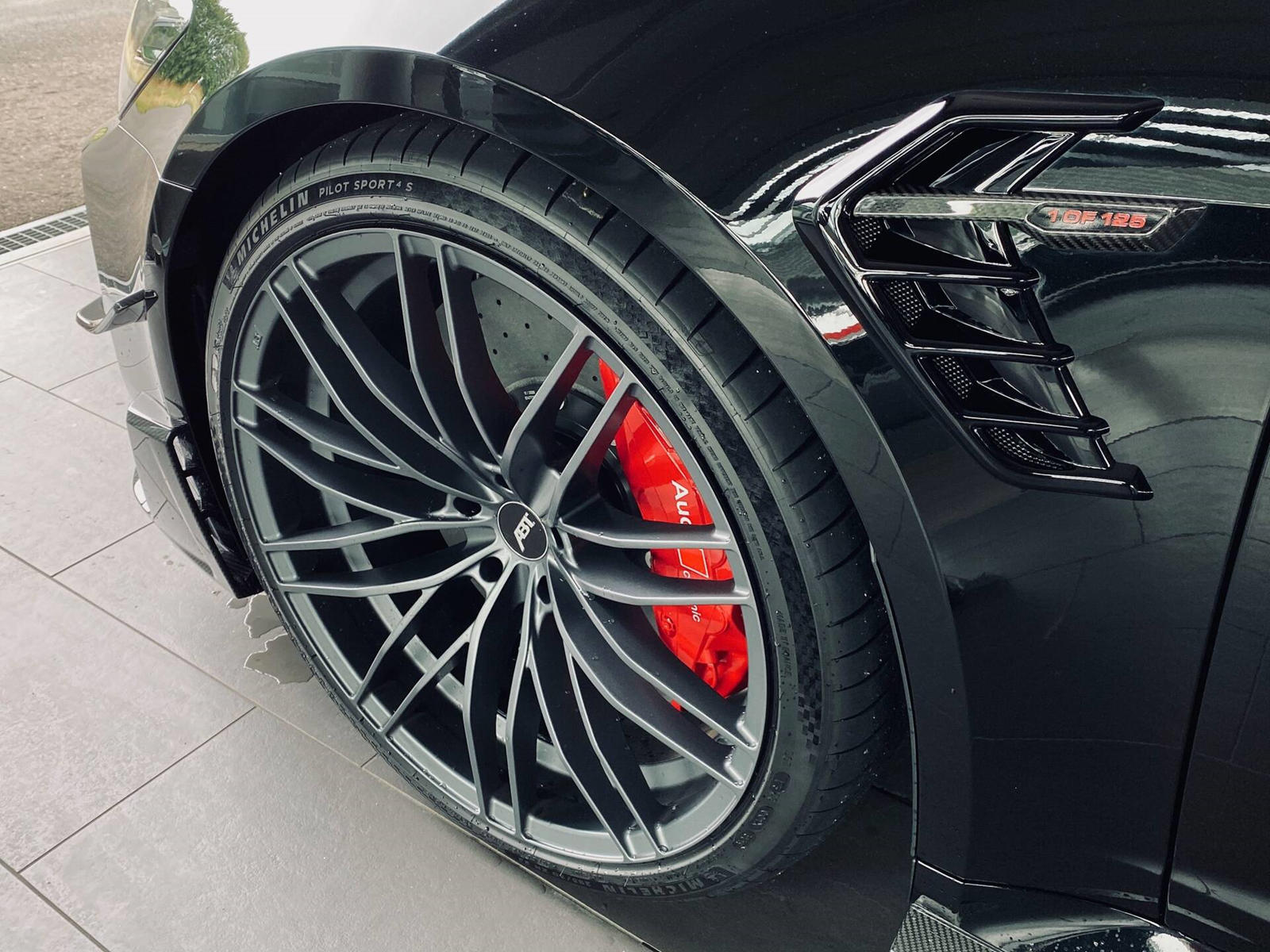 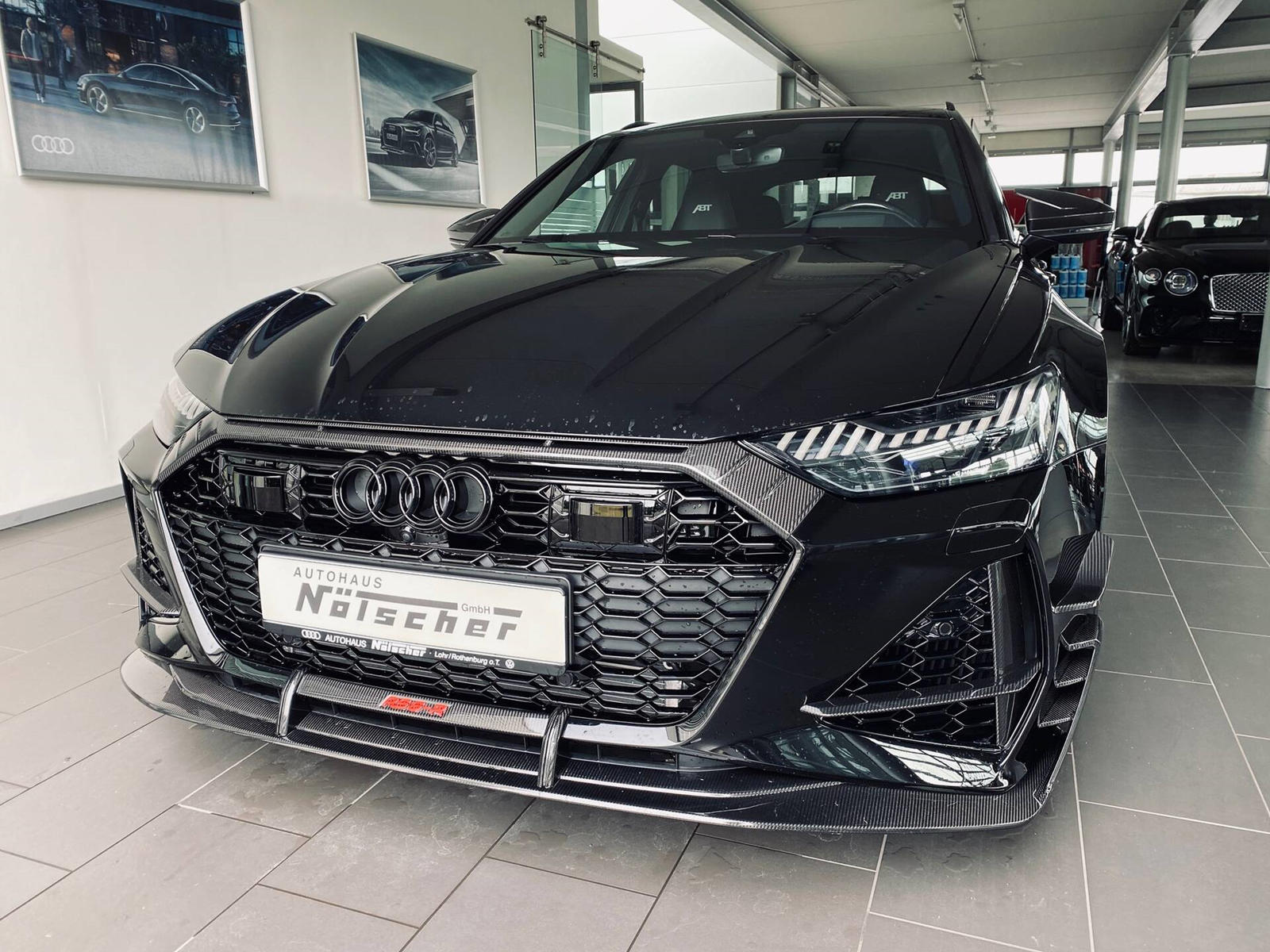 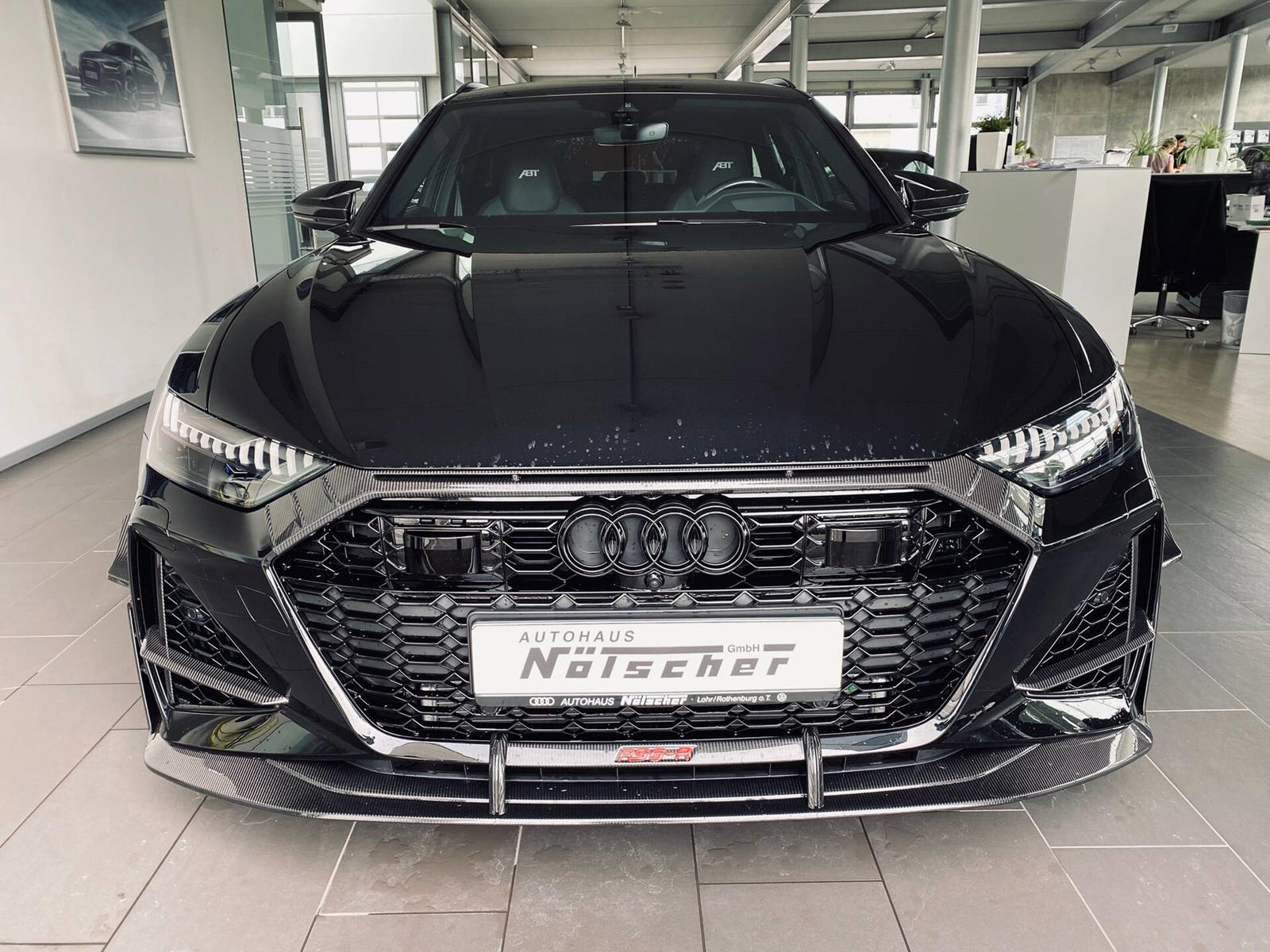 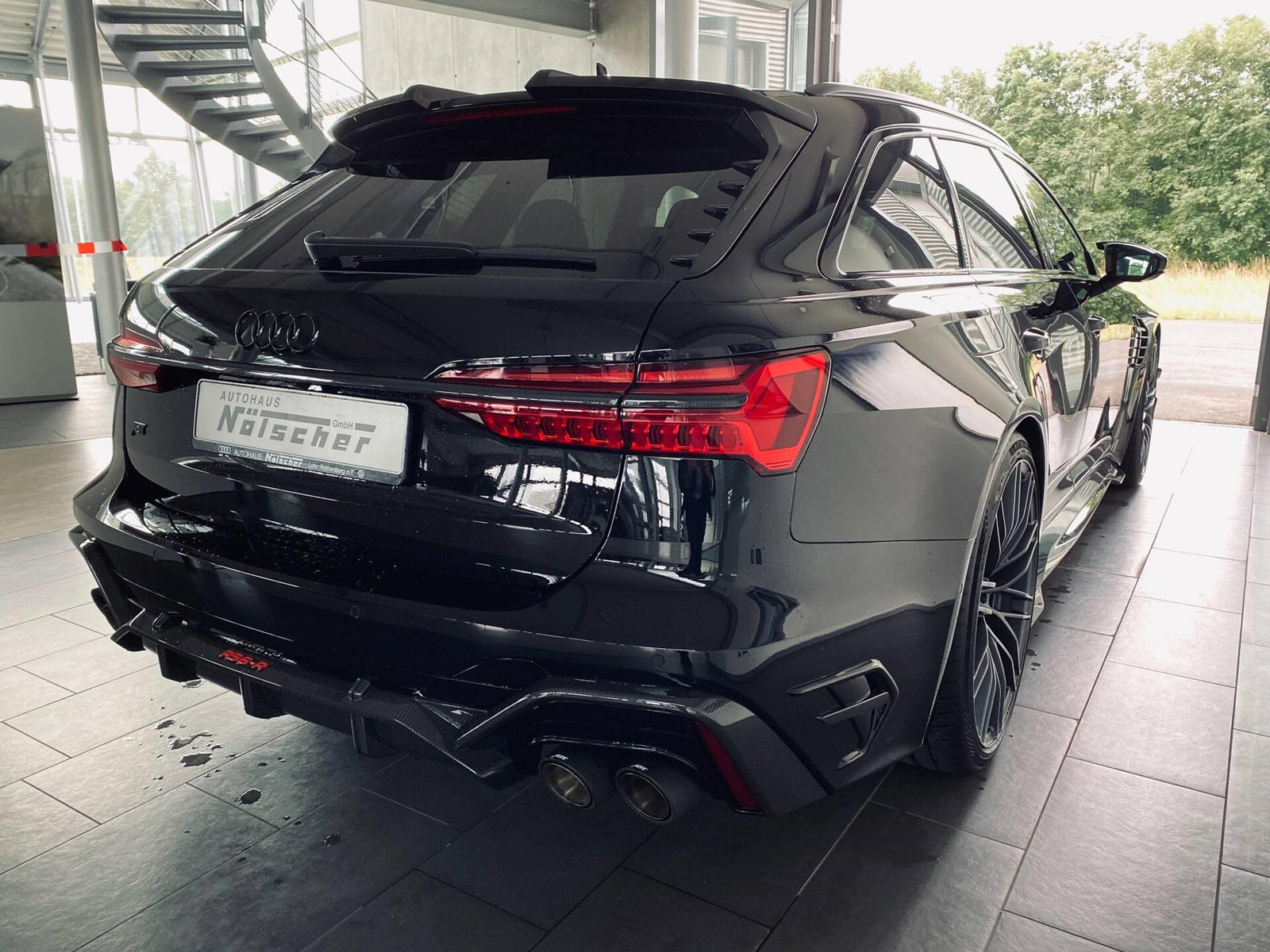 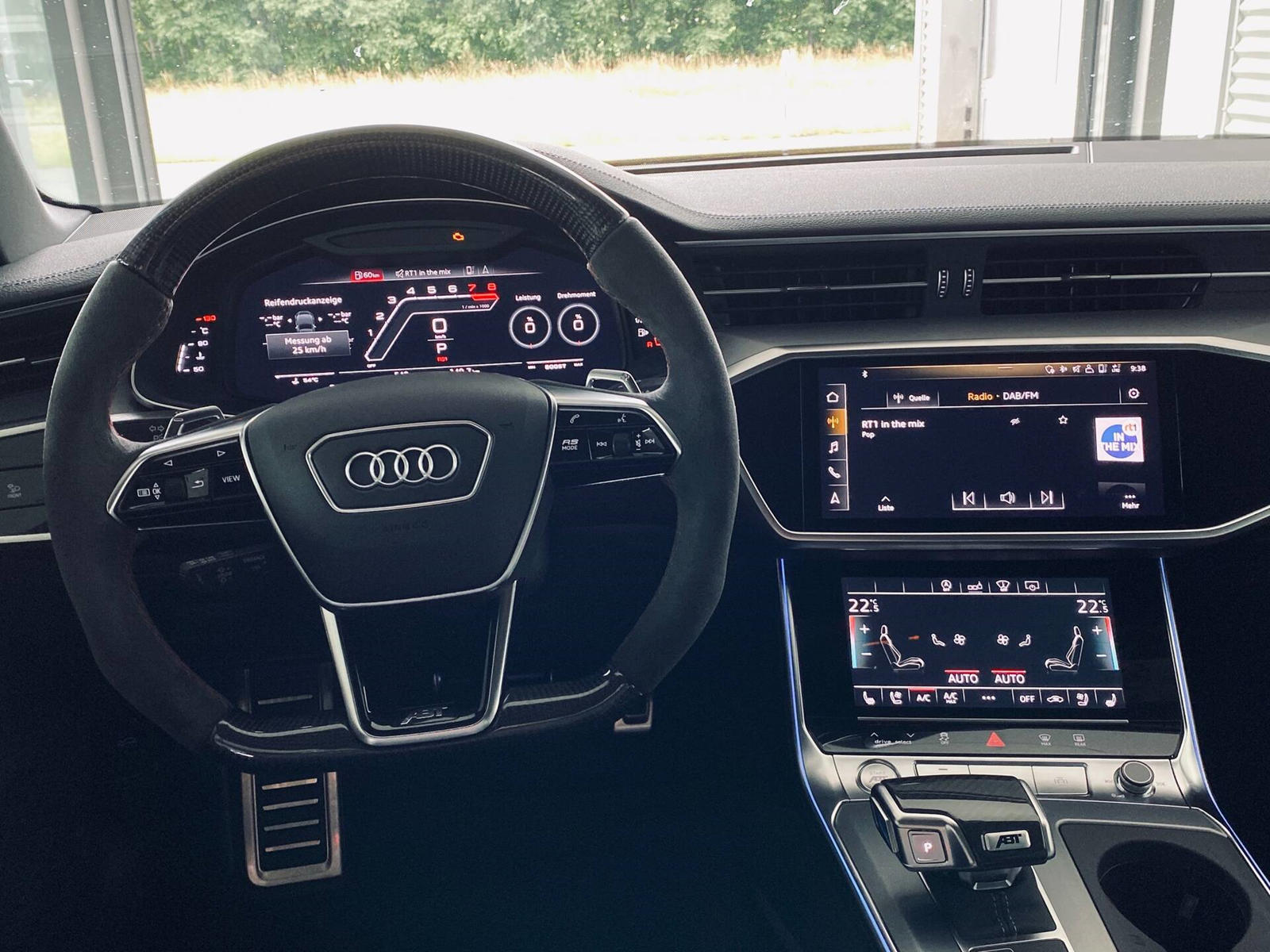 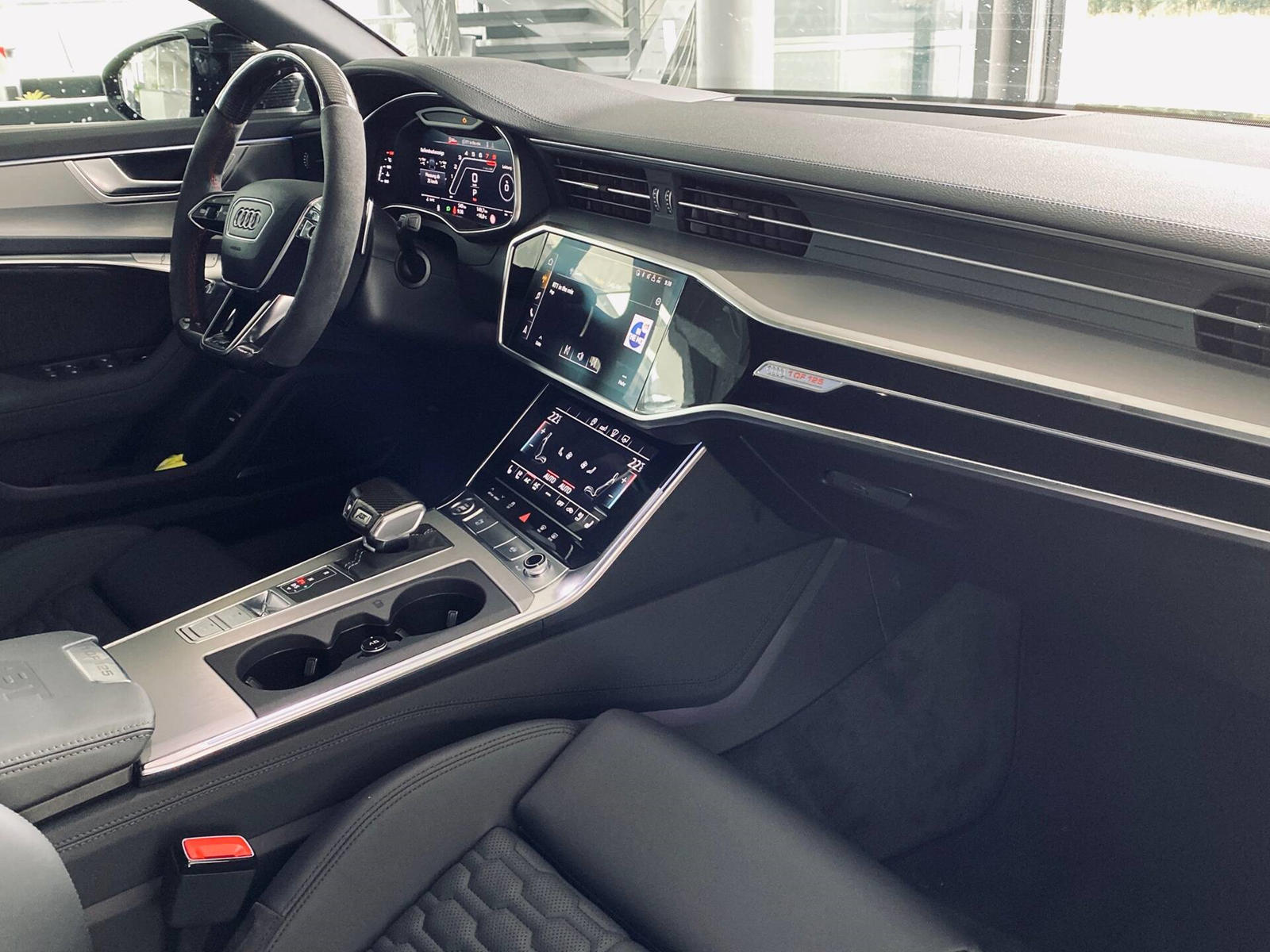 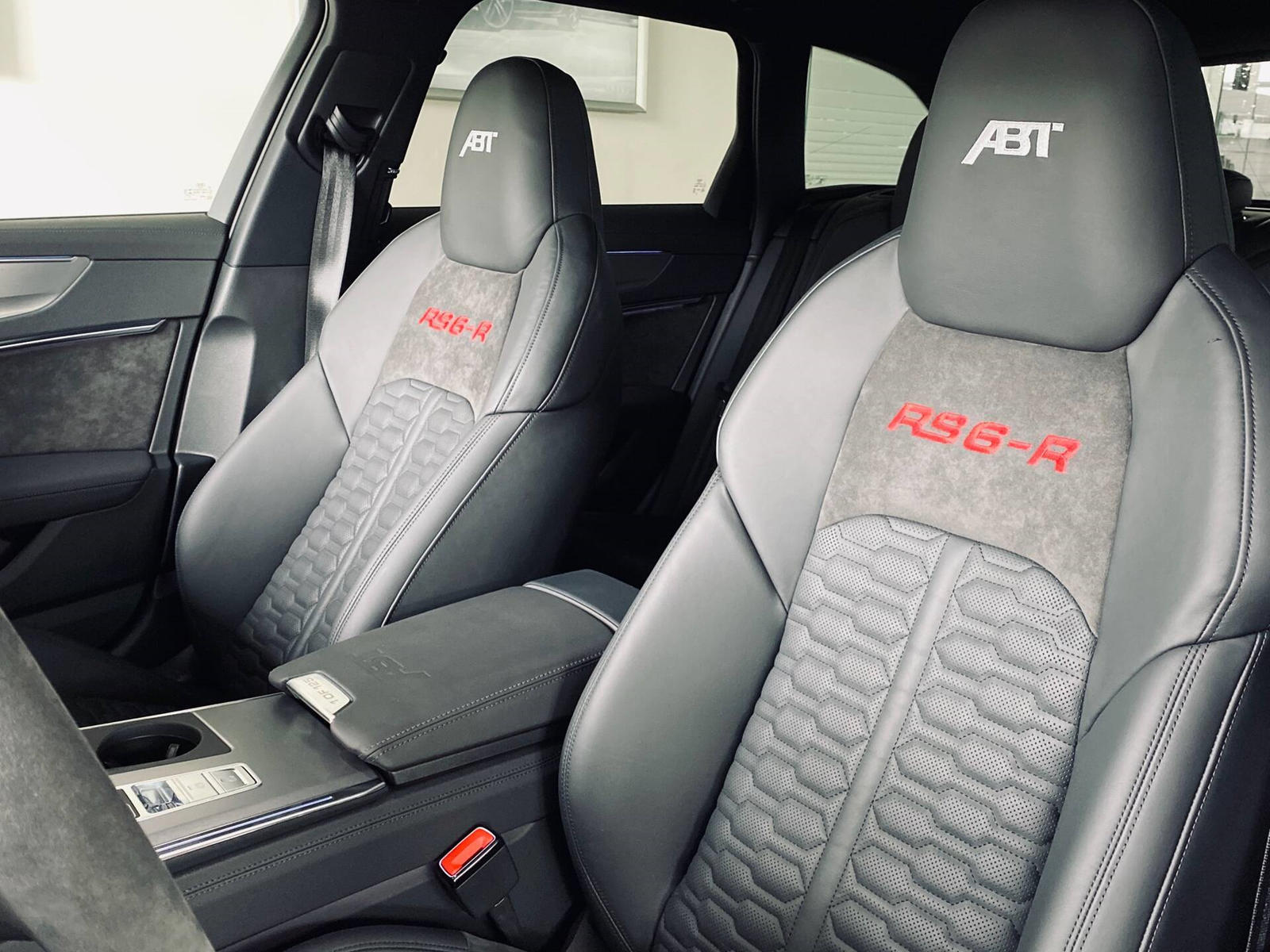 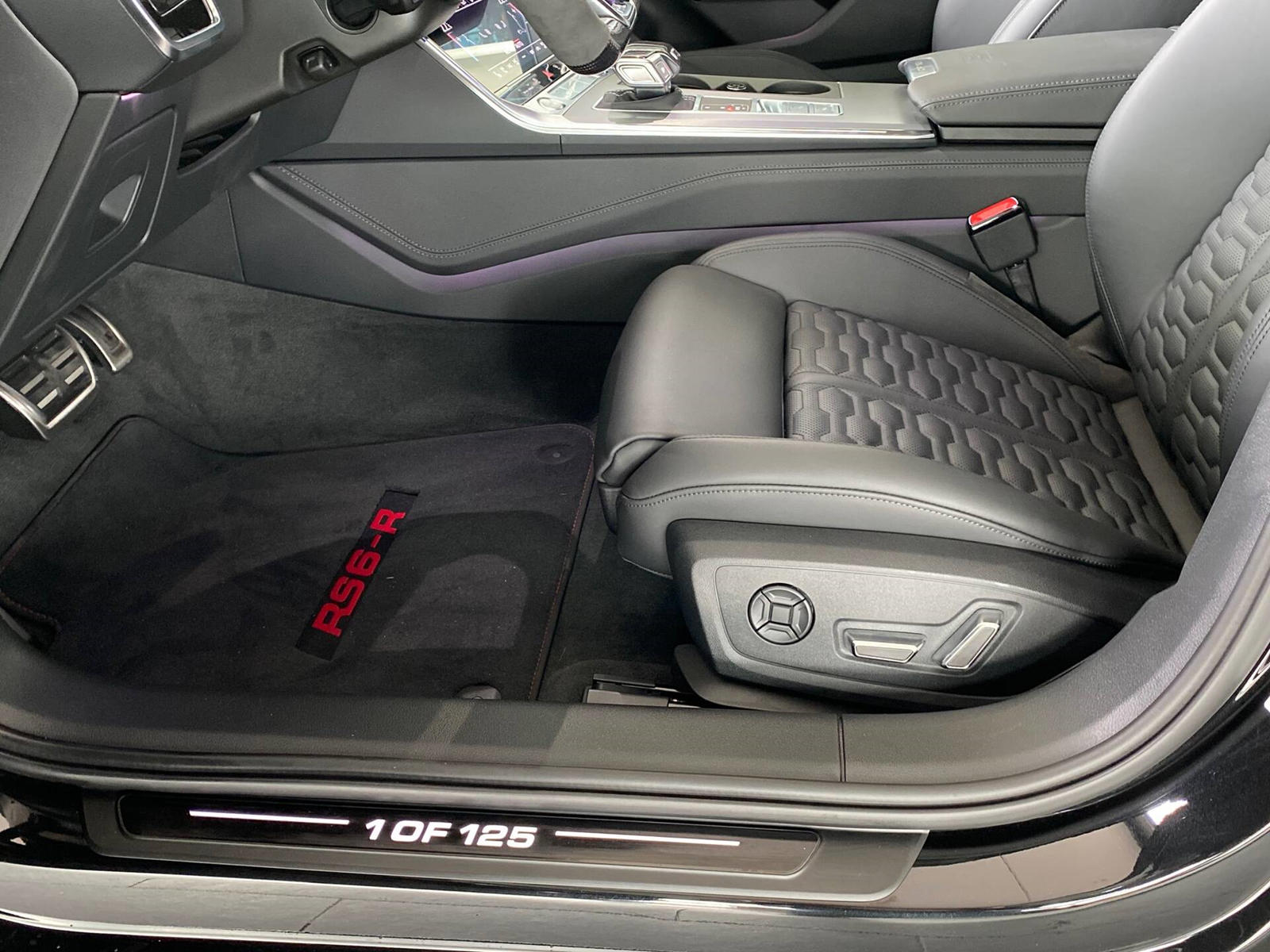 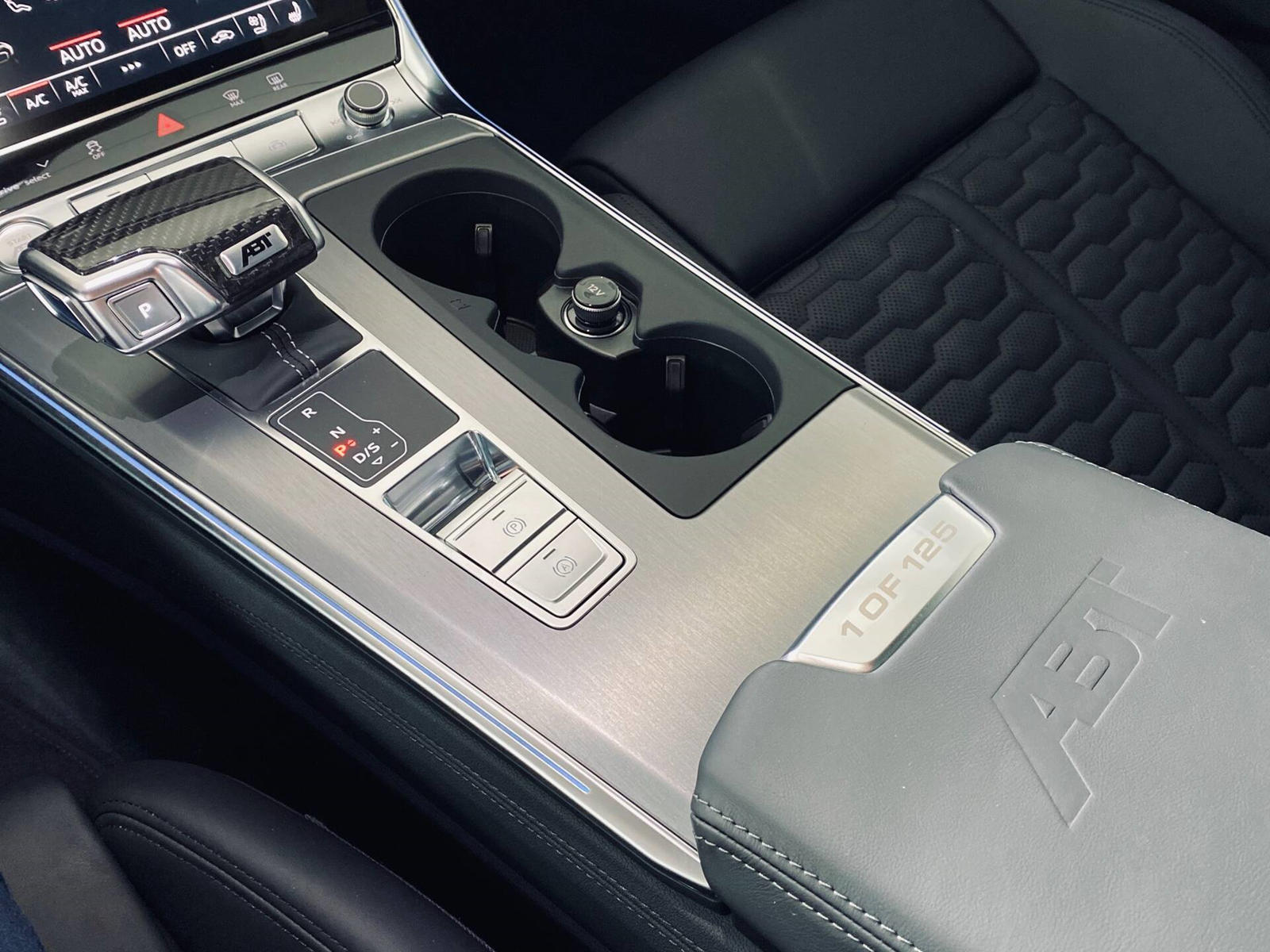 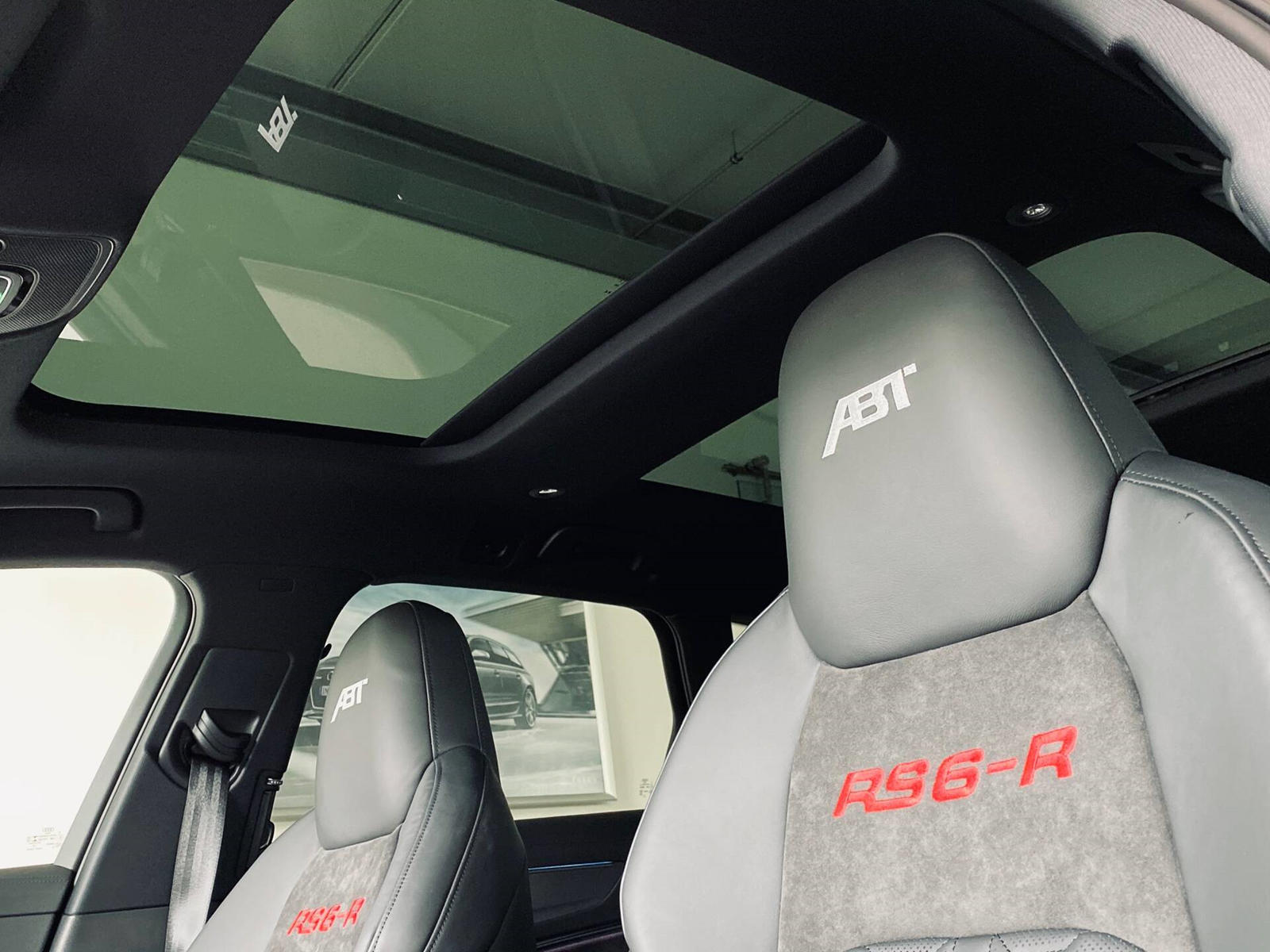 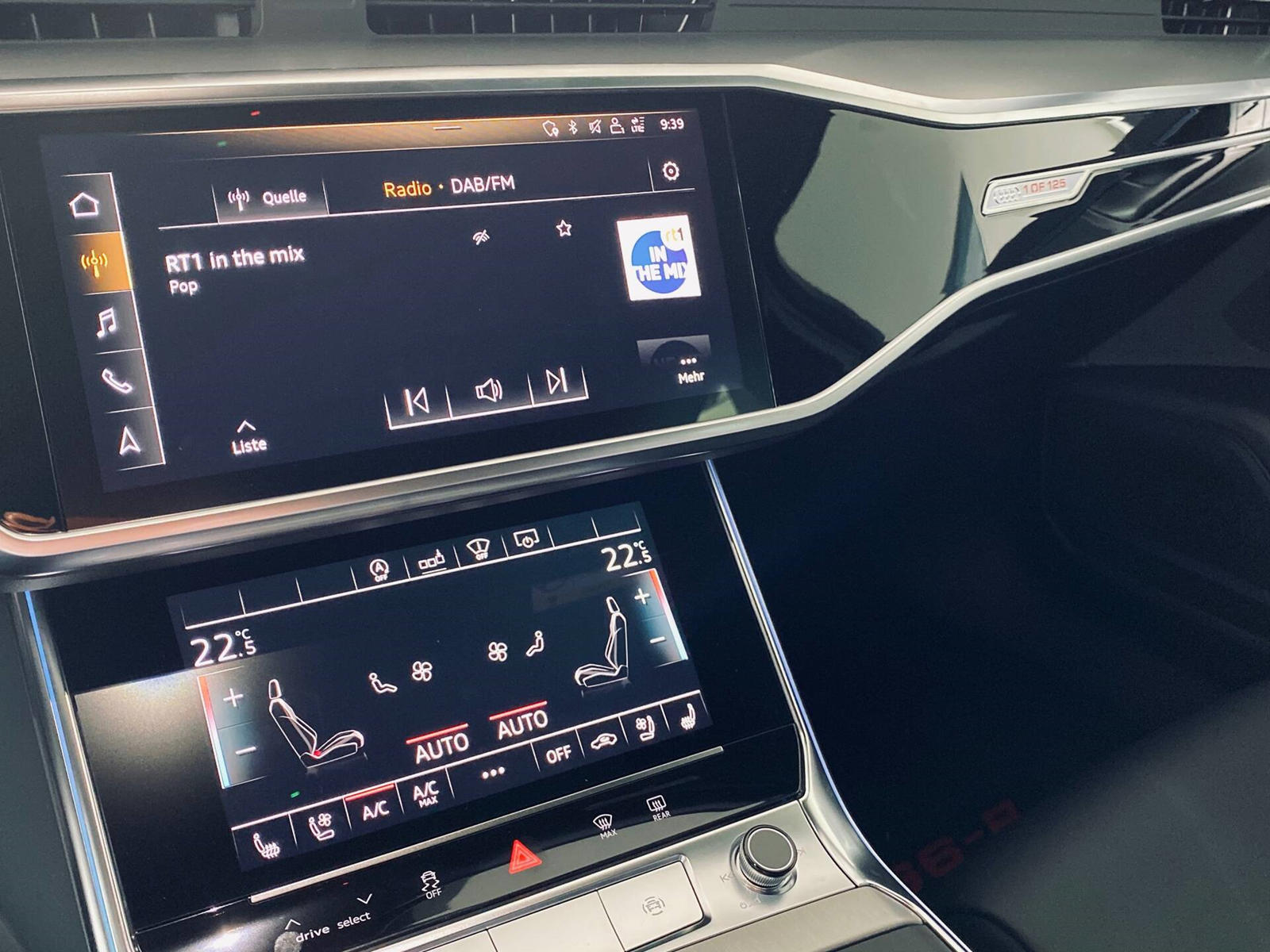