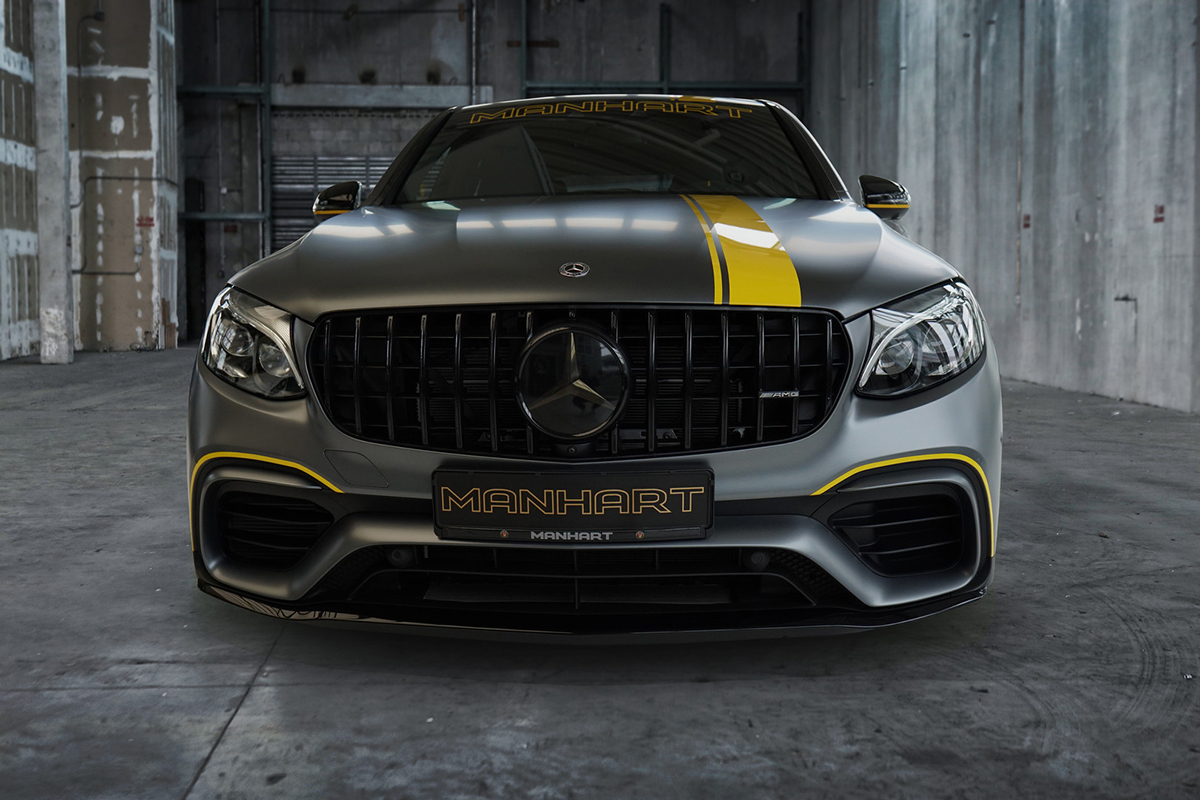 Manhart Racing has disclosed a new package based on the Mercedes-AMG GLC 63 S Coupé. The German tuning firm has made the changes including up-gradation of performance and cosmetics to a pre-facelift version of the GLC.

Manhart has given efforts which were primarily on the engine. AMG’s 4.0 liter V8 receives new turbos, a new air intake, an intercooler upgrade, and a new fuel injection system. A wide array of improvements provided high performance.

The Mercedes-AMG GLC 63 S Coupe now generates 700 hp, up from 510 hp. There is an improvement in Torque from 700 Nm up to 908 Nm. Manhart also upgraded the 9-speed Speedshift automatic transmission system. The improvements are the top end of three stages. If you need some fine-tune then the Manhart team is there to offer you.

Manhart has selected a group of 21 inches Concave One wheels, finished in Silk-Matte black, for the GLC 63 S Coupe. The exhaust system is also entirely new. Manhart's’ unique livery, end with off-center racing stripes, is coated in yellow this time. 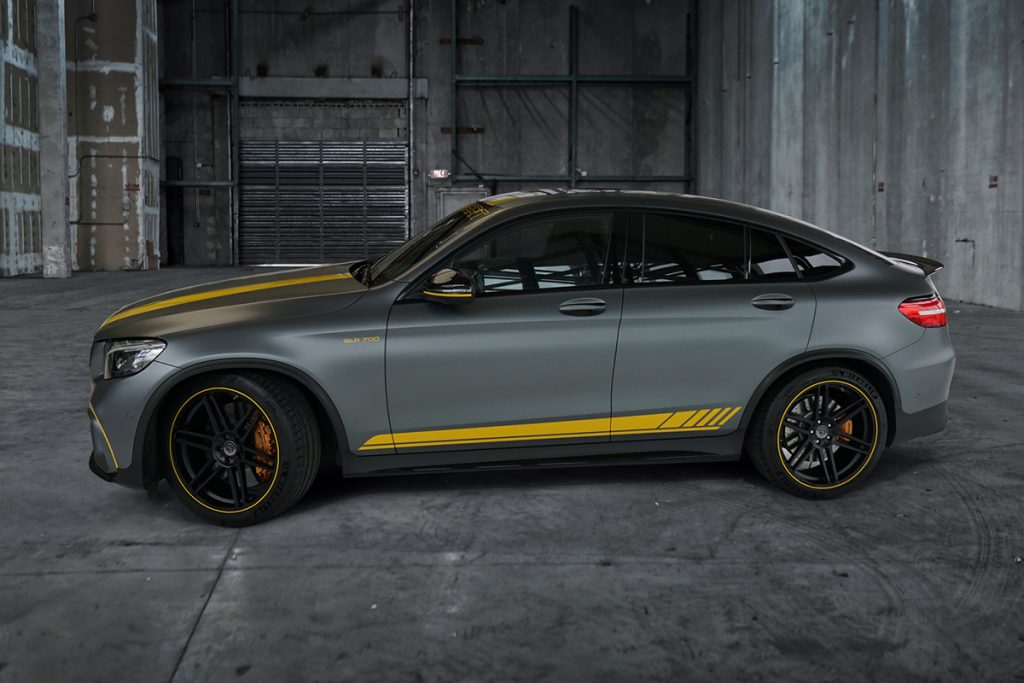 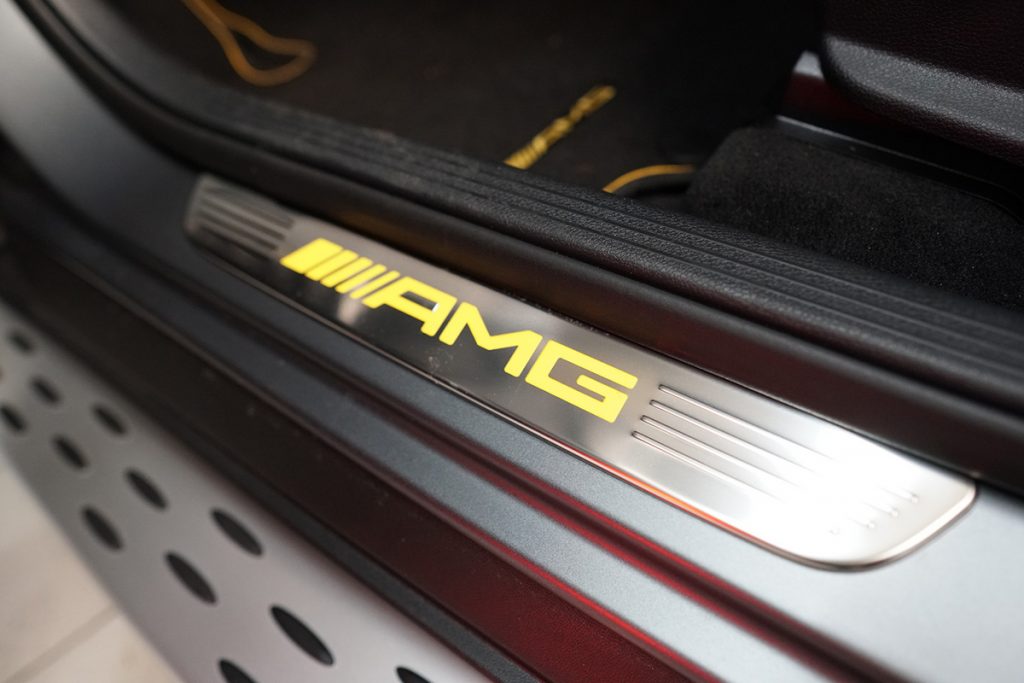 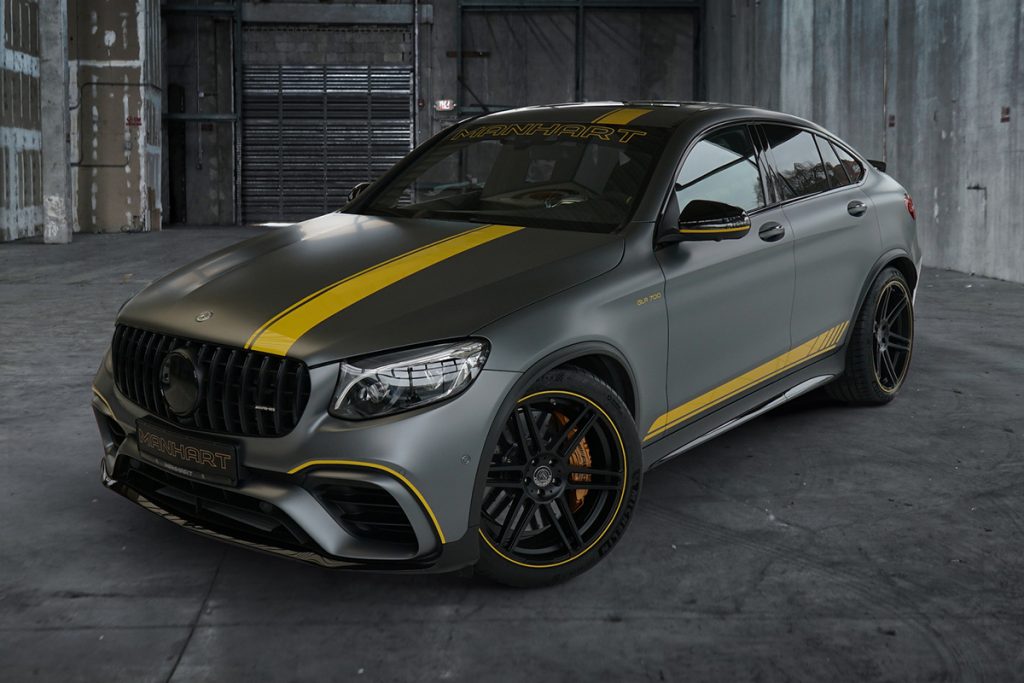 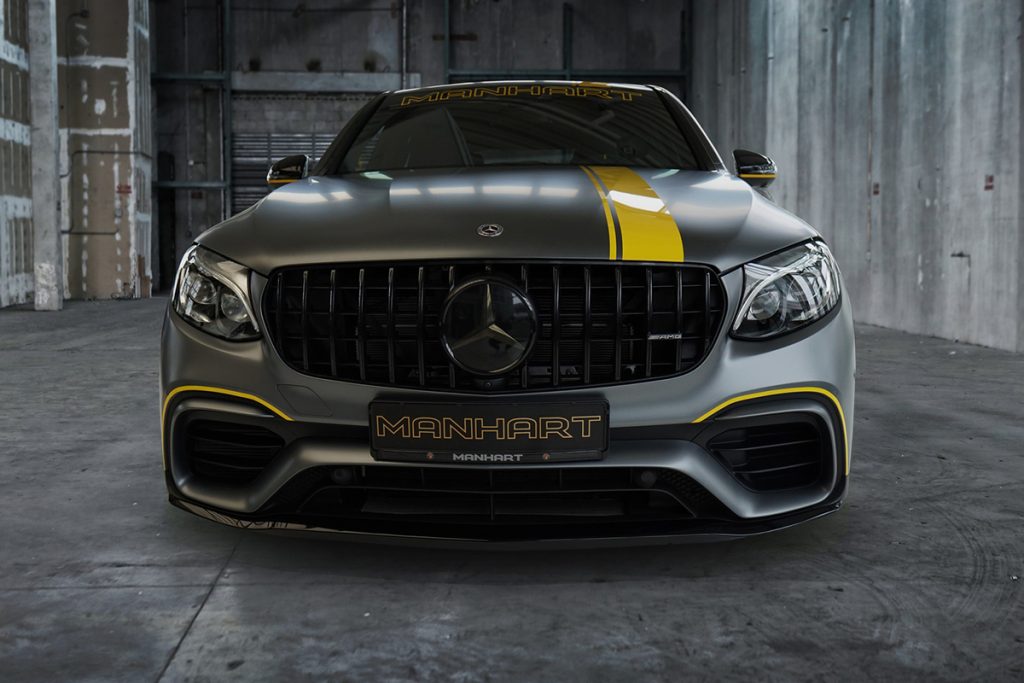 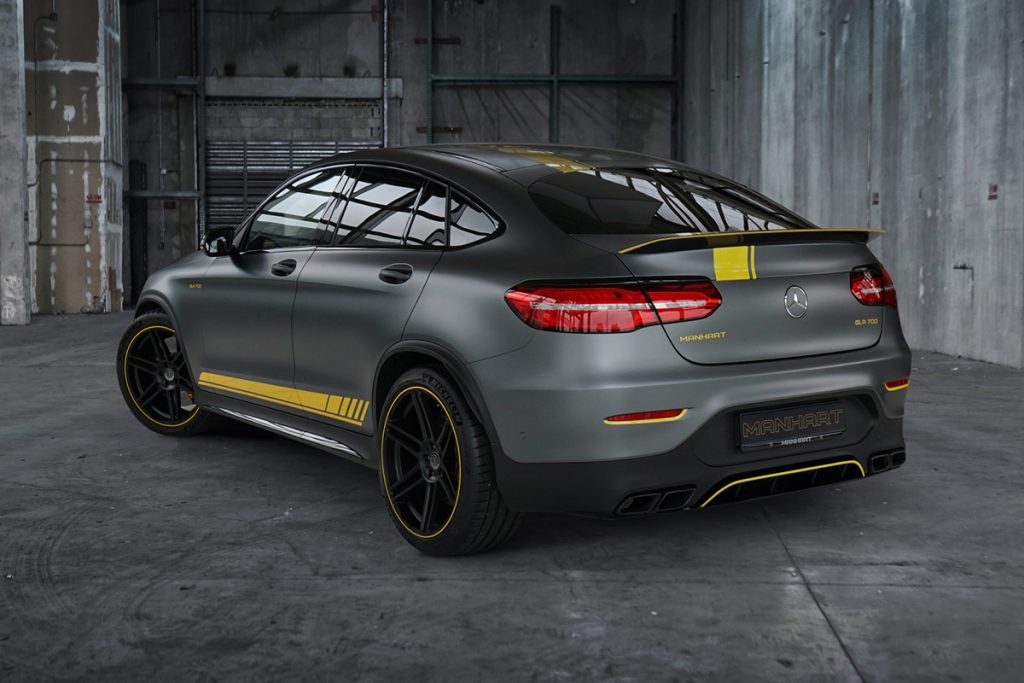